"Our customer wants to feel like a princess whether she's going to Nobu Malibu or Ralph's," said co-owner Jason Salstein.

The Kingdom in Calabasas, Calif.

“People come looking for a Kardashian and they find us,” said Jason Salstein, cofounder and fashion director of The Kingdom, the multibrand luxury boutique in Calabasas, the Los Angeles suburb of roughly 24,300 which this year became the richest city in the U.S., with 22 gated communities and an average annual income of $194,000.

While COVID-19 has been a struggle for retail, even in Calabasas, The Kingdom does an impressive $2,500-a-square foot through brick-and-mortar, and saw its best two months of sales in history in June and July, with a 75 percent uptick year-over-year. In addition to selling via Farfetch, the owners have now launched their own e-commerce site, expanded ready-to-wear offerings, men’s and beauty, and are looking for investors to open two more locations and launch private label.

“Customers come in multiple times a week when they are getting their coffee or dry cleaning,” Salstein said of the location in the outdoor shopping center, which is just four miles away from the Westfield Topanga mall but has more local conveniences to keep people coming back, including a grocery store and a Sugarfish.

The Kingdom has a cushy boudoir vibe with green velvet wallpaper, a marble rotunda with Fornasetti inlays, and tiger-patterned ottomans and pillows made for Instagram posing. The buying formula is mixing heritage brands with emerging names. And even during the sweatpants-living pandemic, the store has been selling its share of party looks. “Kyle Richards bought this Area dress and posted it on Instagram,” Salstein said, pulling a short-and-sparkly style from a rack. “I think she’s going to Aspen or Cabo for New Year’s. We have a customer who has a private plane, and they are finding somewhere to wear something special.” 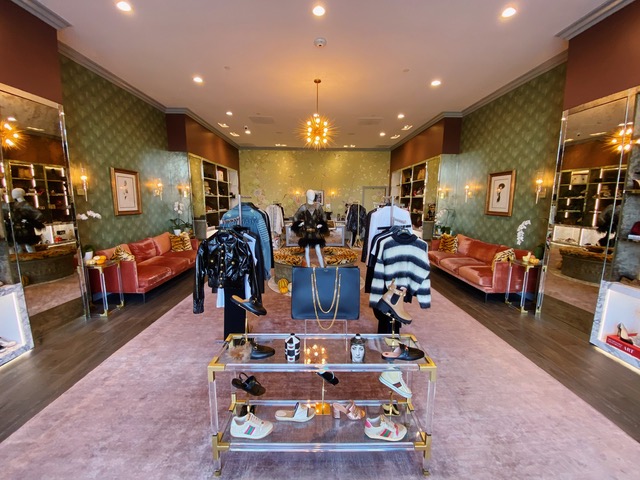 Inside the Kingdom in Calabasas, Calif.  Courtesy

In addition to Bottega Veneta woven slides and Gucci furry loafers, sky-high shoes are also selling. “We had a customer come in yesterday and buy five pairs of shoes. She said she didn’t have any idea where she was going to wear them but wanted to look in her closet and smile,” he offered. “Affluent individuals still have buying power. She wants to feel like a princess whether she’s going to Nobu Malibu or Ralph’s.” (Hence the store’s fairy-tale name.)

The Kingdom was opened in 2017 by Salstein, who previously worked at Capretto Shoes in Miami and designed handbags for St. John in Irvine, Calif., as well as starting his own label, Hunting Season. He partnered with his childhood best friend David Lipp, a commercial real estate broker who is the business’ chief executive officer.

They began as a shoe and handbag store, stocking Manolo Blahnik, Christian Louboutin, Gucci, Balenciaga, Saint Laurent, Givenchy, Golden Goose, Bottega Veneta and other stalwarts, along with newer names, such as Mach & Mach.

For holiday 2019, they started to sprinkle in ready-to-wear. Fall 2020 is the first season they stocked a full range, including Area, Balmain, Saint Laurent and more. For spring 2021, they are adding Paco Rabanne, Mugler, Nensi Dojacka and Toni Maticevski.

In addition to a denim bar — and a small offering of beauty and gift items, including a Kaws Chanel Bearbrick that is the store’s mascot — The Kingdom frequently hosts pop-up trunk shows with designers and brands, including Paris-based resale store Vintage Galois. “People will spend $20,000 on an Hermès Kelly Pochette in black with gold hardware,” said Salstein, who is on the selling floor almost every day.

The Calabasas look is “effortlessly chic,” whether it’s a soccer mom or a celebrity in rap or an athlete “who wants more flash,” said Salstein, adding, “We try to find a balance.”

E-commerce is a major focus for 2021. “It was in the works before, but COVID-19 accelerated it,” Lipp explained, noting that they saw an appetite for their POV through Farfetch sales, particularly in the Middle East.

Looking back over three years, the owners cite the support of LVMH Moët Hennessy Louis Vuitton and Kering willing to open up a new point of sale as being key to their success. But soon they will have some friendly competition — L.A. fashion retailer Elyse Walker is opening a 2,343-square-foot boutique next door.

“We’re flattered a veteran pioneer looks at us as visionaries in finding this location,” Salstein said. “She can only add more to this as a retail destination. And we’re lucky that brands that cross over are giving us exclusivity to protect us.” (Walker added,”We are actively picking up brands that The Kingdom does not already carry. We’re looking forward to being neighbors and to helping build Calabasas into a great shopping destination.”)

Salstein grew up working at Capretto, which is owned by Walker’s family, and he looks to her as a role model. “We are looking at Elyse’s partnership with [online retailer] Fwrd as a way we could catapult our growth,” he said of investment strategies The Kingdom would be open to. “Our goal is not to open four stores, but we do want a couple more. We hope to bring the Calabasas vibe to other locations.” 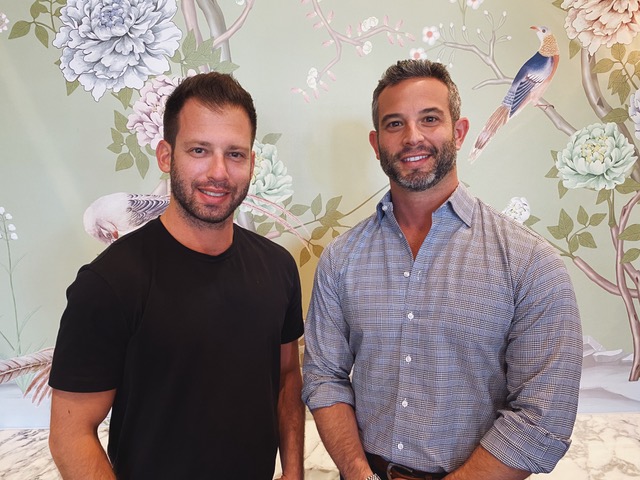