According to the Institut Français de la Mode, 40 percent of French consumers bought at least one secondhand item in 2019.

PARIS — “I love the idea that my thrifted worker’s pants may have previously belonged to someone named Gerard.”

This sentence was uttered by Emilie, one of the seven young fashion aficionados interviewed in “Radical Fashion Kids,” a 15-minute documentary produced by the Institut Français de la Mode, which was unveiled on Wednesday during the Fashion Reboot conference, a day of talks dealing with the fashion industry’s current challenges.

“Radical Fashion Kids” featured a range of Gen Zers, from 13-year-old Ondine, who stopped buying fast fashion after watching the documentary “The True Cost” to 19-year-old Peter, who doesn’t see the point of brick-and-mortar stores as he can scroll through resale platforms on his phone in bed. Their interviews drove home a key point: The secondhand market is stronger than ever.

According to IFM teacher Thomas Delattre, 40 percent of French consumers bought at least one secondhand item in 2019, up from 30 percent in 2018 and 15 percent in 2009. “This is true across all socio-professional categories and touches both men and woman equally,” he told the audience during a presentation named “Re-consuming: New Needs, New Strategies,” based on a study of French consumers led by the IFM.

The point of the video was to illustrate how a handful of young trendsetters — despite still being in school, 17-year-old Pierre-Louis is a full-fledged influencer with nearly 20,000 followers — represent a radical transformation of consumer behavior.

Three factors are key within this evolution: Consumer behavior changes a lot faster today than it did 10 years ago, thanks to a wider access to information; in some cases it can be irreversible, shifting the consumer’s approach to fashion for good, and it is driven by an urgent need for transparency. Seventy-eight percent of the consumers interrogated in the study look at the origin of a fashion item before purchase, while a whopping 85 percent voiced their wish for more transparency from brands when it comes to pricing.

For Delattre, all this explains why consumers are a lot more proactive in their shopping habits. He quoted a line from the documentary — “I started thrifting because I was fed up of feeling like clothes were coming to me instead of me going toward them,” said Emilie — adding that in 2019, 31 percent of French consumers sold at least one item of clothing on the secondhand market.

“It’s a completely new phenomenon that was made possible by the fact that the market has shifted to a digital model,” he explained, citing Vinted — a resale app known for its absence of commission and its Millennial-friendly interface that was mentioned by each of the seven youths in the documentary — Depop, Vestiaire Collective and French secondhand marketplace Le Bon Coin as popular options. 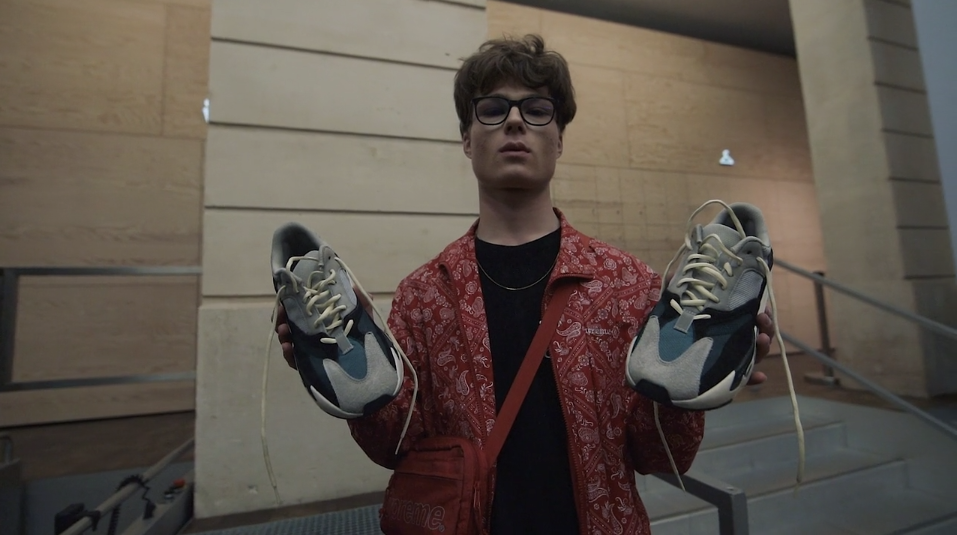 According to the study, reselling fashion items gives consumers more financial autonomy, pushes them to think about the resale potential of an item before purchase and contributes to the idea of digital entertainment. “The consumer enjoys hunting for an item, looking out for the rare piece or the good deal,” said Delattre. “It’s something retailers aren’t used to: The consumer takes his time, because the game is truly addictive.”

The thrill of online reselling has its downfalls: Around 65 percent of items sold on Vestiaire Collective are brand new or barely worn, a figure that elicited an audible gasp from the audience.

“We started Vestiaire Collective 10 years ago based on a simple idea: We only wear 40 percent of our wardrobe, and the remaining 60 percent goes to waste,” said Sophie Hersan, cofounder of the resale platform, who took part in a roundtable on the secondhand market alongside Jacques Grimont, national administrator for the Red Cross and Antoine Jouteau, chief executive officer of Le Bon Coin.

“But the market became mature three years ago; there was a real boom,” she continued. “There has been an explosion of platforms and data in the last 10 years, but all of it was driven by the consumer: He has evolved faster than the market itself.”

Hersan quoted the joint study Vestiaire Collective published with Boston Consulting Group in October: The pre-owned market is set to grow around 12 percent a year, outpacing luxury industry growth to reach a 9 percent share of the personal luxury goods market, according to estimates. “The secondhand market is expected to double in the next five years, and will be three times bigger than the fast-fashion market,” she added.

Despite consumers being driven by a desire for more responsible ways of consuming — the IFM study also mentioned “köpskam,” the Swedish term used to describe the shame felt when buying new items — price remains the number-one driver of the secondhand market. Seventy-five percent of French consumers named a lower price as the biggest motivator behind a preworn purchase, while sustainable ideals lagged at 43 percent.

That doesn’t mean that sustainability doesn’t weigh on consumer needs. The IFM study stated durable fashion — meaning organic or recycled fibers as well as “Made in France” products — brought in 7 billion euros revenue in 2019, a hefty 15 percent of global fashion revenue, which totaled 47 billion euros.

“There is a tendency to think that it’s a recent market, but the figures show that it is already pretty solid,” said Delattre.