The class of 2021 overcame travel restrictions, lockdowns and material shortages to create collections as colorful as they were compelling. 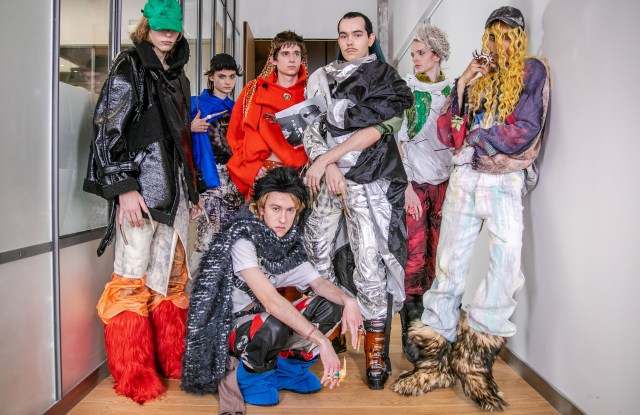 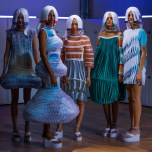 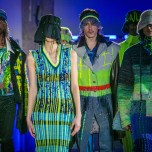 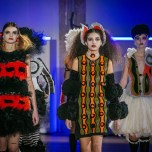 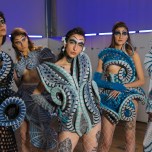 PARIS — Snagging the opening slot of Paris Fashion Week would be a dream for many designers, but the first graduates of the brand-new fashion design master’s program of the Institut Français de la Mode had to be gently but firmly coaxed into accepting.

“They were initially against holding the show,” the school’s general manager Xavier Romatet said during the filming of the collections, which will be shown digitally on March 1. “After missing out on five months of formal classes, they were exhausted and unsure. I had to impose the show and tell them that opening the Paris calendar was an opportunity they couldn’t pass up, for themselves and for the sake of future students. If the first class ever isn’t on the schedule, why would subsequent ones be?”

In the school’s bustling revamped campus, which opened in early January at the Cité de la Mode et du Design, not a whiff of these early doubts could be felt — quite the contrary.

Seeing the cameras capture the sharply tailored shoulders or the handmade bioplastic inserts of his typography-influenced collection left men’s wear major Colin Po-Yuan Lin feeling like his message had come across. “I could see the moment [I wanted to make happen] coming, and I liked that very much,” he said.

Being the IFM’s first fashion graduates turned out to be a motivation to pull out all the creative stops for the students.

“There’s pressure, but it’s an opportunity to give it our all. For me, it encouraged me to reach for things that really moved me, rather than settle for just a theme,” said knitwear major Anna Karathanassis, whose work explored her Greek-Japanese identity through carapace-like knits encasing the body.

While themes sounded gloomy — the death of anonymity for footwear designer Agathe Pornin, zero-waste knits for Antonia Schreiter, the overexploitation of resources in Africa for accessories designer Joel Kroell — the collections were invariably upbeat, filled with striking volumes, bold color and experimentation galore.

“If anything, the situation also made me more certain of my choices. Life is short. Go for it,” said 2019 Hyères festival finalist Charles Tsung-Chien Tang, who returned to Taiwan due to France’s first lockdown and decided to take this opportunity to explore the craft traditions of his homeland’s indigenous peoples, yielding intricately woven men’s wear in a riot of colors.

Travel restrictions, lockdowns and material shortages forced everyone out of their comfort zone, to great effect. Taking up crochet and using bioplastic thread at home was the route Jimin Kim chose, while James Giltner found himself at the hardware store buying water hoses and electrical tubing to use as boning in knitwear exoskeletons inspired by the Art Nouveau architecture of the short-lived Printemps department store in his hometown of Denver. Giltner’s voluminous designs made social distancing a given.

For others, rolling with the punches felt natural. Instead of heading to the library, Meng Che Chiang adapted to the chaos by roaming the streets of Paris where piles of rubbish and oddities became the starting point of a collection of arty-trashy upcycled looks. “I’m a Capricorn, so I’m realistic and I will find a way to get what I want,” he said.

As photogenic and made-for-social-media as many of these collections seemed, they were also meant as a real-world experience. Take the voluminous red and blue cocoon knits created by Johanna Imbach. “We are in an era where digital takes a lot of space but I wanted to give that sensory impulse to rediscover a garment face-to-face,” she said, offering glasses with lenses in the same red and blue to experience the stereoscopic 3D effect she had intended. Instagram filters offered a preview, but in person, her work was startling.

This year’s graduating class also stood out by their awareness of the challenges that await them, from entering the job market in uncertain times to sustainability and social responsibility. A number of students expressed worries on finding internships, let alone permanent positions.

“Everything is up in the air. The only thing I’m sure of is that I need to keep my options open,” Tang said. But Romatet wasn’t worried about his graduates. “They’re passionate young people with an uncompromising view on fashion, its relentless pace, its excesses, so they’ll re-appropriate it soon enough,” he said.

Challenge accepted, as far as Imbach was concerned. “It’s up to us to bring new ideas to the table, like new materials or the size and rhythm of collections. Our responsibility is to make better choices for future generations — and our own,” she said.