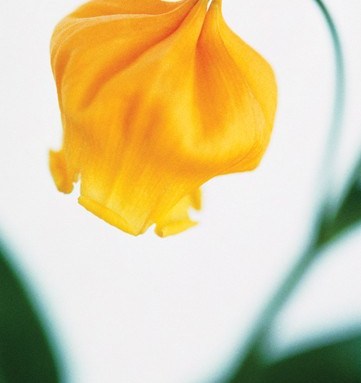 HAUTE CHOCOLATE
Forget Swiss Miss. The latest in cocoa is drinking chocolate, a thick concoction of the solid confection melted with milk or cream. Vendors including MarieBelle in New York and Bittersweet in San Francisco serve it hot or cold and add spices such as chipotle, which harken back to the rich beverage’s Mayan and Aztec roots.

OUT OF HAND
Buddha’s Hand citron is all rind and no flesh. The sweet zest of the fruit is used mostly to flavor liqueurs and vodkas, but in Chinese and Japanese households, it’s also used as a natural air freshener. Originally from India, the Buddha’s Hand also grows in California, where its peak season lasts from late October until early April.

PEACHY KEEN
Intensely yellow with red striations, late-harvest Leonforte peaches are so sweet they taste as if they’ve been candied. The extraordinary flavor comes from skilled Sicilian workers, who individually wrap each tiny, green peach in a protective wax paper bag during June, eliminating the need for pesticides and allowing the fruit to mature on the tree longer than usual. The harvest is September through November, but for now, unfortunately, the fruit is only found in Sicily.