In the Clear: Acrylic Takes to the Runway

Developed in the 1930s for industrial use, including aeronautics, acrylic is now a favorite on that other runway.

By Jessica Iredale and Roxanne Robinson on March 26, 2012
View Slideshow 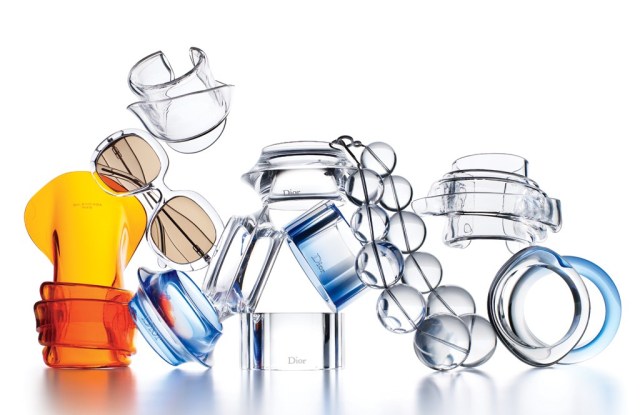 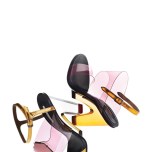 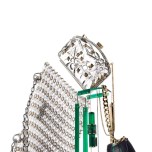 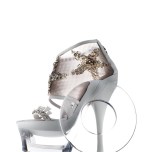 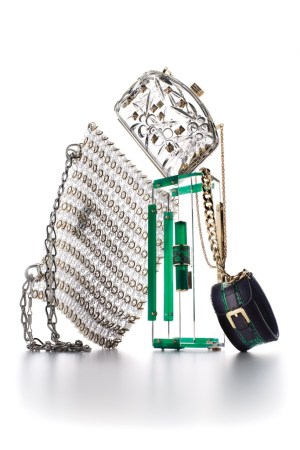 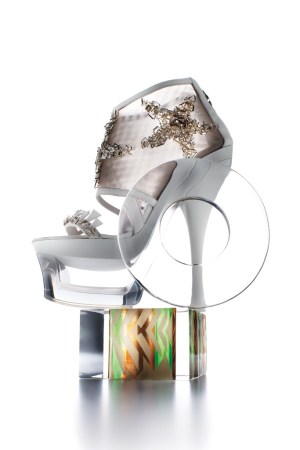 It’s as if she’s floating on air, suspended,” says Donatella Versace, waxing poetic on the effect achieved by perching her model atop crystal-clear platform heels, as she did for her spring 2012 collection. Around the foot swirled a strappy, ethereal sea horse surrounded by studs, and under the soles, seven solid inches of good old-fashioned plastic.

Versace wasn’t the only designer going the transparent route, using touches of acrylic—also known as Lucite, Perspex, Plexiglas and so on, depending on the trademarked supplier. The clear stuff had a major moment during the spring, pre-fall and the most recent fall collections, turning up in big bangles at Balenciaga, on handcuff clutches at Jimmy Choo and on the heels of shoes at Stella McCartney, Fendi and Dries Van Noten. “I found something a little magical about it,” says Van Noten of the Plexi he used for heels. “Because there is a transparency to it, it looks like they are walking on their toes, which is quite nice, that feeling. And you have that edgy thing. We love to combine it with a normal shoe, a normal boot, in a normal color—but you have to give that unexpected feeling.”

The clear vision continued for fall at Chanel, where Karl Lagerfeld put transparent heels on the boot-pump hybrids in his mineral-inspired fall collection, and at Louis Vuitton, where Marc Jacobs took a craftier tack on the look. In fashion parlance, that all adds up to a trend, but the fact is that acrylic has become a standard material at the luxury level. Alexander McQueen used it on shoes in his stunningly romantic spring 2007 collection. Miuccia Prada showed acrylic sandals and bags dripping in chandelierlike crystals in her spring 2010 Hawaiian lineup.

If not as commonplace as leather or metal, the material—and its sleek, futuristic look—has been consistently on the rise. Chemically, acrylic is the synthetic polymer of methyl methacrylate, or MMA. Developed in various laboratories in the Twenties, it didn’t become commercially available until the Thirties.

In 1933 Rohm and Haas Co. brought acrylic to market under the trademark Plexiglas around the same time ICI began producing Perspex in the U.K., while DuPont trademarked and began manufacturing Lucite in the States. The U.S. military made industrial use of the material during World War II, employing it to fabricate windshields, gun turrets and airplane noses. It wasn’t until the Fifties that acrylic entered the fashion arena, most prominently as plastic handbags.

Janice Berkson, an avid collector of Lucite bags and owner of Deco Jewels in SoHo, detailed the history of vintage plastic handbags in her book Carry Me! 1950s Lucite Handbags, an American Fashion. Berkson explains that while the American economy was booming at the end of WWII, leather, suede and metals, which were restricted during the war, were still scarce. Handbag firms had to be resourceful. In the late Forties, when Will Hardy joined his father’s company, Handbag Specialties, he started working with acrylic salvaged from damaged airplane noses, incorporating Lucite frames into the collection.

He designed a Lucite jewelry box and brought it to the buyers at Saks Fifth Avenue, who told him to put a handle on it and they would sell it as a bag. Thus, his label Wilardy was born. At the time, there was a big demand for the tortoiseshell look, which other firms, including Tyrolean and Llewellyn Inc.—which employed the tagline “Lewsid Jewel by Llewellyn”—catered to with a striped Lucite. Eventually designers expanded their offers to include mother-of-pearl finishes and a variety of colors so women could match their bags to their shoes, a popular trend until the Sixties, when Lucite was replaced by its lighter, more pliable sibling, vinyl.

Berkson isn’t alone in her passion for vintage plastic bags. Robert Gottlieb, as well as Caryn Scheidt, whose collection was the basis of an exhibition at the Dixon Gallery and Gardens in Memphis, Tenn., in 2009, are also enthusiasts. Then there’s Alexis Bittar, the jewelry designer known primarily for his colorful, hand-carved Lucite pieces sold in Saks Fifth Avenue, Neiman Marcus and his own stores. Bittar discovered Lucite in the Eighties when he began collecting and selling vintage clothes, bags and Bakelite accessories. “I guess, subconsciously, from age 13 to 20, plastic materials sunk into my thick brain,” says Bittar. He began hand-carving his own pieces—bangles, rings, pendants—in a process he compares to Lucite-meets-turn-of-the-century-Lalique-glass.

“The reason I was drawn to Lucite is, well, it comes in many colors, but I was working with clear,” notes Bittar. “You start with this clear, blank sheet, literally, and you can sculpt it and adapt it, no matter which direction you want to go. Whether it’s modernist and clean, or whether it’s frilly and 1940s or ladylike. I like that idea.”

Despite the fact that acrylic is plastic, it’s not cheap and never has been. Berkson notes that acrylic handbags retailed from $15 to $65 during the Fifties, when a two-bedroom apartment in New York City rented for $75 a month. “That was my struggle for the first 12 years—educating the consumer,” says Bittar, adding that acrylic is on par with brass in terms of price, which rises depending on the process. He estimates a single Lucite injection mold at $16,000, “which is tricky if you only have 400 sku’s.”

Bittar has since expanded into metals and semiprecious stones, but Lucite is what he’s branded himself on, and it still accounts for 60 percent of his business. When he started, he was one of the few designers using the material on a regular basis, but that’s changed.

“In the late Eighties and Nineties, it was very in and out,” says Bittar. “People saw it as a seasonal item. But designers stopped caring about seasonality. Lucite is now used in fall and winter, whether it’s bags or jewelry or whatever. I think people are drawn to things that are considered futuristic, and if you think about what defines the future with materials, Lucite is up there.”