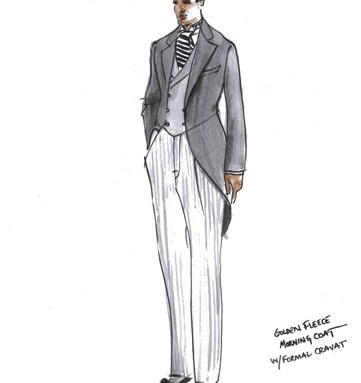 Although the world now knows that President-elect Barack Obama will wear a Hart Schaffner Marx single-button, notch-lapel tuxedo for the evening festivities on Inauguration Day, Jan. 20, that isn’t stopping others from lining up for the role of the administration’s First Tailor. So WWD asked men’s designers what they thought the new president should wear on his historic day.

With his lanky 6-foot, 2-inch frame, basketball-toned physique and sophisticated élan, Barack Obama has all the makings of a presidential style icon. With endless references to John F. Kennedy, designers are eagerly anticipating a return to Camelot-era glamour. But Obama has cultivated a style all his own. Kennedy was a product of the East Coast establishment and its preppy, New England aesthetic, while the President-elect has humbler roots — albeit roots that led him to Columbia and Harvard (Kennedy’s alma mater). Indeed, Obama’s style tends to reflect his political philosophy: practical but carefully considered; modern but accessible.

While JFK was said to be horrified when he appeared on the cover of GQ — he didn’t want to be seen as fashion-conscious — Obama has happily appeared on the covers of GQ, Esquire, Men’s Vogue and even Men’s Health (with all his clothes on). “This is the first president in a very long time that has a great body for clothing,” noted Duckie Brown’s Steven Cox and Daniel Silver. “Because that’s true, he can wear a more modern, slim silhouette.”

For Obama’s big day on Jan. 20 on the steps of the Capitol, designers mostly see him in updated yet classic sartorial style. Tommy Hilfiger envisions a patriotic color combo of a navy blue suit, white shirt and red tie, while Brioni advocates for the iconic three-piece gray flannel suit, with an Italian twist: double vents. Of course, with men’s wear, it’s all about the subtle details, so Paul Smith edges his suit lapels with black grosgrain tape, and Kenneth Cole suggests a Fifties-era — but chic again — tie bar. Come evening and the inaugural balls, Rag & Bone and Dsquared want Obama to don a full-on tuxedo with tails, but Savile Row’s Richard James really pushes the envelope with a sequined tuxedo jacket.

Interestingly, none of the designers include that pesky campaign issue in their sketches: an American flag lapel pin.