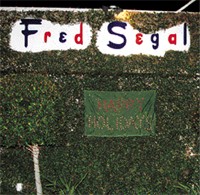 Independent specialty retailers fly without the safety net of a large corporation and have no public funds to fuel their businesses. But they wouldn’t have it any other way. They answer to no one, throw matrices to the wind and let their intuition and experience lead the way. Many are operated by the original founding families, who grew up with the retail business in their blood. Their very independence has allowed them to be nimble and adapt to the changing tastes of fickle customers and the shifting economic winds. Operating an independent specialty store has never been easy. A few venerable names that are no longer in business overexpanded, leaving liquidation sales as their legacy. Those on this list seem to be going strong, having found the formula for success the old-fashioned way — through trial and error, and without the pressures of Wall Street and hungry shareholders to divert their focus.

2) MITCHELLS OF WESTPORT AND RICHARDS IN GREENWICH, CONN.
Sales volume: $65 million
The volume is split about evenly between Mitchells of Westport and Richards in Greenwich, though Mitchells does more volume in women’s. Both stores were originally men’s stores, but women’s is clearly where the company sees opportunity. Mitchells, which completed a renovation in August, has 25,000 square feet of selling space and shops for Hermès, Giorgio Armani Black Label, and Tod’s and Prada handbags. Loro Piana, Akris and Etro are new to the assortment. The 27,000-square-foot Richards has many of the same resources, but customers rarely overlap.

*3) SCOOP NYC
Sales volume: $32 million
When co-owner Stefani Greenfield conceived of Scoop, she envisioned the store as the ultimate closet. Apparently, people like her wardrobe. The company has grown from a single unit in SoHo to seven locations ranging in size from 1,500 to 6,000 square feet. There are stores on the Upper East Side and in the West Village; Greenwich, Conn.; Miami Beach, Fla.’s South Beach, and Greenvale and East Hampton, N.Y. Greenfield taps resources such as Juicy Couture, Citizens of Humanity, Marc Jacobs, Diane von Furstenberg and Prada Sport. In addition to growing Scoop’s own label, Greenfield and partner Uzi Ben Avraham are looking into opening classification stores for sweaters and dresses.

*4) WILKES BASHFORD, SAN FRANCISCO
Sales volume: $32 million
Flashier stores have come and gone, but Wilkes Bashford has remained on Union Square in San Francisco since 1966. Owner and founder Wilkes Bashford devotes two full floors to women’s collections such as Oscar de la Renta and Dolce & Gabbana. Eveningwear, jewelry and shoes are a big part of the business. The store is, after all, a destination for women with full social calendars. The company opened a smaller version of its flagship in Stanford in 2001. WilkesSport stores offer casual fare from Bogner, Piazza Sempione and Diane von Furstenberg in Mill Valley, St. Helena and Mendocino.

5) JEFFREY NEW YORK AND JEFFREY IN ATLANTA
Sales volume: $30 million
Jeffrey Kalinsky got his retail start selling designer shoes at his father’s store, Bob Ellis, in Charleston, S.C. He opened Jeffrey in Phipps Plaza in 1993, followed by a Jil Sander boutique, for a total of 8,000 square feet. In 1999, he bet that women wearing Manolos would trek to the blood-stained cobblestone streets of the Meatpacking District and opened his 12,000-square-foot Jeffrey New York emporium. Known for one of the best shoe departments in the city, Jeffrey also carries the ready-to-wear collections of Jil Sander, Gucci, Pucci, Marni, Christian Dior and Dries Van Noten, among others. New to the store is a leased home area called Monique at Jeffrey.

*7) STANLEY KORSHAK, DALLAS
Sales volume: $25 million
Owner Crawford Brock likes to call his store the “Bergdorf Goodman of the South.” The luxury emporium in Dallas offers head-to-toe designer dressing for men, women and brides, plus home accessories. Women’s shoes and handbags are a strength — last summer the department doubled in size to accommodate more looks by Christian Louboutin, Valentino and others. Key women’s resources are Valentino, Michael Kors, Carolina Herrera, Missoni and Etro, while top men’s labels are Kiton and Belvest. Korshak is located in the Crescent Court complex, which includes a hotel, offices and shops and was designed by Philip Johnson.

9) LOUIS BOSTON
Sales volume: $18 million to $20 million
Louis Boston has been in the same family for more than 75 years. Debi Greenberg completed the buyout of Louis Boston from her father Murray Pearlstein earlier this year and has put her stamp on the 45,000-square-foot store. The store, housed in a historic Back Bay building, has a salon, restaurant and art gallery within its 40,000-square-foot, three-story footprint. Greenberg buys Marni, Dries Van Noten, Balenciaga, Magda Berliner, Proenza Schouler and Roland Mouret, hanging items by look, not by designer. In other categories, she eschews the obvious, opting for shoes by Mosquitoes, and jeans from Rogan, Sass and Bide, Ubi, Urca and Welki. “Boston is known for not being so fashionable,” said Greenberg. “In spite of that, we do quite well.”

10) HIRSHLEIFER’S, MANHASSET, N.Y.
Sales volume: $15 million
Hirshleifer’s, the family-run designer shop that has inhabited the upscale Americana Manhasset in Manhasset, N.Y., for 43 years, is a fashion force of nature. The business began as a fur store in Brooklyn about 100 years ago, then moved to Forest Hills, Queens. It still sells furs by J. Mendel, along with labels such as Dolce & Gabbana, Badgley Mischka, Vera Wang and Roberto Cavalli. Hirshleifer’s recently opened an 800-square-foot Jimmy Choo shop and is expanding its Chanel boutique to 1,500 square feet from 750 square feet. New lines for spring include Valentino, Rochas and Paco Rabanne.