The prizes were awarded Tuesday in Hong Kong. 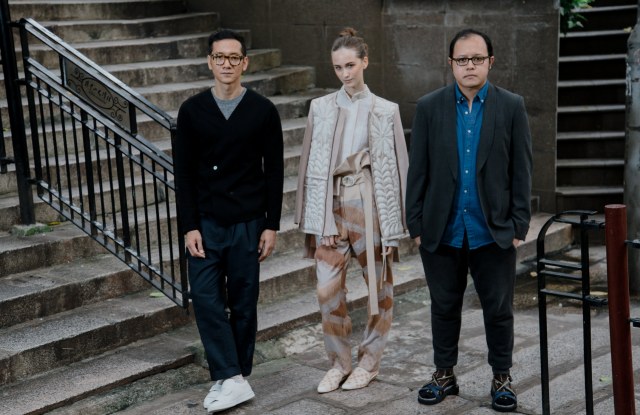 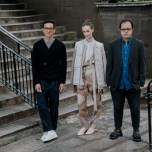 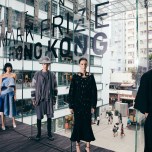 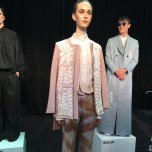 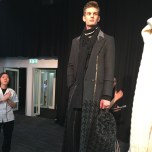 Indonesia’s Toton and South Korea’s Munn — two brands that have examined their own cultures for creative inspiration — have snagged the women’s and men’s Woolmark Asia prizes, respectively.

A panel of judges, including men’s designer Christopher Raeburn and Hong Kong-based handbag designer Fiona Kotur, made the selection from a field of ten nominees for women’s wear and six for men’s wear, hailing from China, Hong Kong, Japan, South Korea and Indonesia. The prizes were awarded Tuesday in Hong Kong at the PMQ retail complex and design hub.

Both winners, along with the other contestants, came up with an original look incorporating Woolmark wool.

Toton Januar Heri Nugroho, who designs Toton, created a look that attempts to modernize Indonesian heritage garb and craftsmanship. Working with artisans in West Java, he and his partner, Haryo Balitar, turned out a hand-embroidered jacket in a botanical motif worn with handloom woven pants. Woven slip-on shoes and a textured blouse rounded out the ensemble.

“They [the Indonesian artisans] are traditionally doing handloom fabric. And for Woolmark, we incorporated wool to be made into fabric with their artisanship,” said Toton, 38, a Parsons graduate and the son of a seamstress mother.

Inspired by the concept of Korean families being separated by the North/South Korean divide and desiring to reunite, Munn designer Hyunmin Han employed weaving and braiding into his designs. He produced a floor-length coat featuring a bottom section of woven strips of material and voluminous trousers assembled from panels of pinstripe fabric- both of these items were trimmed in selvage strips. He also designed a textured sweater and scarf and a woven bag to complete his look.

Through a translator, Han explained that prayer ribbons at the Freedom Bridge along the Demilitarized Zone in Korea prompted his use of the selvage strips.

“It’s like a message,” said Han,32, who worked for Korean brands Wooyoungmi and Leigh before launching his own brand.

Muun, founded in 2013, currently sells at Leclaireur in Paris, MK2UK in London, Seaword in China.

Raeburn said he felt both Tonton and Munn showed a certain level of “business acumen” in terms of their presentations. The British designer said he liked that Tonon wants to grow sustainably rather than exponentially and he appreciated the construction of Munn’s garments.

Overall, he said he was impressed by the quality of the design talents he saw.

“I think we’ve all been pleased with the caliber,” he said. “Even if they were working with traditional techniques, they were able to move things forward.”

Similarly, Kotur said she sensed some of the participants had real potential to succeed beyond their home countries.

“It was nice to see innovation in a global context coming out of this region too,” she said.

The winners of the various regional Woolmark competitions will compete at the women’s wear and men’s wear finals in early 2017.

The competition’s overall 2016-17 winners in each category will each win 100,000 Australian dollars, or $74,955, and have their Woolmark Prize collections stocked in retailers including Harvey Nichols in the U.K., Australia’s David Jones, Japan’s Isetan, South Korea’s Boon the Shop and Matchesfashion.com.

Australian brands Macgraw and Exinfinitas were named the regional finalists for the Australia and New Zealand region.

Faustine Steinmetz and Cottweiler were chosen as finalists of the British Isles regional.