A deal to regulate Chinese imports might still come to pass, but U.S. textile firms and apparel importers are starting to move on as the prospects for an... 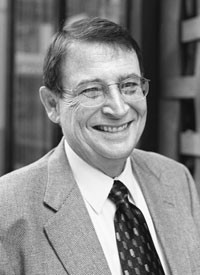 WASHINGTON — A deal to regulate Chinese imports might still come to pass, but U.S. textile firms and apparel importers are starting to move on as the prospects for an agreement fade.

For the textile side, that means filing more petitions for safeguard quotas and looking for other ways to crack down on China over what the U.S. industry sees as unfair trading practices, such as an undervalued currency.

“With each day that goes by, we become more mentally resigned to the fact that there’s not going to be an agreement,” said Auggie Tantillo, executive director of the American Manufacturing Trade Action Coalition, a textile industry lobbying group.

At the same time, importers that were primarily seeking stability in a deal are looking for China to create a system that will control goods as they leave the country, avoiding a rush to the border as quotas fill.

“If we can’t get certainty at the negotiating table, there are other ways, and we’ll directly approach the Chinese,” said Julia Hughes, vice president of international trade at the U.S. Association of Importers of Textiles & Apparel. “There’s a limited window here where people can defer making decisions based on what’s going on with the negotiations.”

The unpredictability of safeguards — requiring the filing of petitions by category, government review and imposition — has already thwarted sourcing plans this year.

“The business from China has dried up to a large extent because of uncertainty,” said Tom Haugen, president of sourcing firm Li & Fung USA.

Knowing what goods can be brought into the country, by virtue of an import agreement or Chinese export controls, would improve the situation for importers, he said.

On the other hand, textile groups say the safeguards have given them vital breathing room, but still not enough protection. At least 31 textile mills have closed down so far this year.

Several rounds of U.S.-Sino talks this summer and fall moved forward in fits and starts, but progress seemed to have ground to a halt when talks in Beijing ended earlier this month without an agreement on when the American and Chinese negotiators would meet again.

The dynamic in the industry has also changed, since, in a rare incident of consensus, textile and importing interests called for a deal. Safeguards, which need to be renewed annually through 2008, now hold $1.9 billion worth of Chinese imports to 7.5 percent annual growth.

For the first eight months of this year, apparel and textile imports shot up 46.1 percent to more than 11 billion square meter equivalents, worth $15.4 billion. That rush was prompted by the elimination of a global quota system in January. Textile groups were hoping a deal would save them from having to reapply for safeguards, but reapplications for 2006 have already been filed.

Since the safeguards, which China agreed to when it joined the World Trade Organization, last only through the end of 2008 and importers are already buying for the second half of 2006, a deal becomes less important as time wears on.

U.S. Trade Representative Rob Portman said on a conference call recently that he was “forever hopeful” that an agreement could be struck. He said, “We had a very generous proposal for the Chinese, but it was not generous enough for them. Frankly, I’m disappointed.”

Even if an agreement is reached, it would not extend beyond the end of 2008, when the safeguard caveat expires. So textile groups are working to make ongoing protections against non-market economies such as China a part of the WTO’s Doha trade talks, which are continuing, but face a key planning meeting in December.

“People feel they need a [new] safeguard because there is no sense that China is reforming its trade practices, and is going to be as deadly in 2009 as it is today,” said Cass Johnson, president of the National Council of Textile Organizations.

NCTO and AMTAC are part of the Global Alliance for Fair Textile Trade, which has 97 members and is pushing for textile-specific talks in the Doha round.