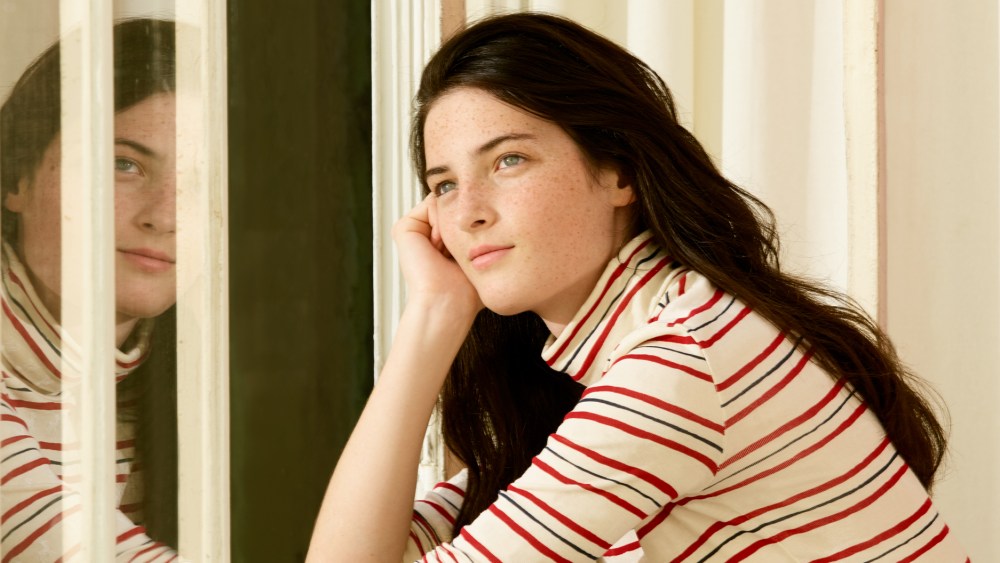 PARIS — The ambassador for Parisian chic has teamed with one of France’s best-known clothing brands.

Inès de la Fressange has designed a capsule collection for Petit Bateau, with all profits going to the International Federation for Human Rights. Made up of six items for women, six for children and three baby grows, in addition to a bag, the line will go on sale in Petit Bateau stores and online on Nov. 16.

De la Fressange, who has an ongoing clothing collaboration with Japanese high street giant Uniqlo, said she is a longtime customer of Petit Bateau, known for its children’s clothes and staples for adults including T-shirts and underwear.

“This French product is my childhood. Petit Bateau is a beloved brand, it’s timeless, passed on from generation to generation. It is also a symbol of quality, the best materials and the best style,” she said in a statement.

The author of the best-selling guide “Parisian Chic” stuck to her label’s red, white and blue color scheme for the designs, which include a sailor top and turtleneck with handpainted stripes. Her signature deer symbol appeared as a pattern on tank tops and panties.

“Petit Bateau has always been involved with a variety of charitable organizations, particularly those which help children and women in need. With this Inès de la Fressange collaboration, it is the first time that Petit Bateau will solicit our customers to participate in our efforts,” he said.

De la Fressange said she wanted to raise awareness for FIDH, which groups 178 organizations in 120 countries.

“For six years, I have participated in their events, where I’ve met people who fight for rights and liberties. I am impressed by the personal stories of these people and also by all the volunteers who organize these events to raise money. If I can be of use to the cause with this collection, all the better,” she added.