INFLUENCE PEDDLER: Camille Charrière on Diversifying Beyond Instagram and Her Debut Fashion Documentary

The French-British influencer is releasing a documentary on Sept. 23 alongside friend and cohost Monica Ainley, building on the success of the duo’s “Fashion No Filter” podcast.

LONDON — Camille Charrière has been a pioneer of blogging platforms and social media from the get-go. But as the influencer market becomes more and more saturated, she has been experimenting with ways to cultivate her voice and shine a spotlight on behind-the-scenes stories that often get forgotten in the fast-paced world of Instagram.

Her first project came in the form of the podcast “Fashion No Filter,” hosted alongside the writer and fellow influencer Monica Ainley. The duo readily took on the challenge of producing in-depth discussions about fashion by stripping away the visuals and encouraging their listeners to flex their imagination muscles. The result was a series of humorous audios that discussed topics ranging from sustainability to the street-style phenomenon and feminism, with the likes of Roksanda Ilincic, Caroline de Maigret and Chloé president Geoffroy de la Bourdonnaye taking part.

Building on the success of the podcast, Ainley and Charrière went on to produce a documentary with French TV channel Paris Premier that will make its debut on Sunday and examine all things style and fashion through a tongue-in-cheek compare-and-contrast exercise of the British and French fashion capitals.

Here Charrière, who is already plotting season two of “Fashion No Filter” and more films, talks to WWD about the importance of staying nimble, seeking new ways to tell stories and treating Instagram with caution. 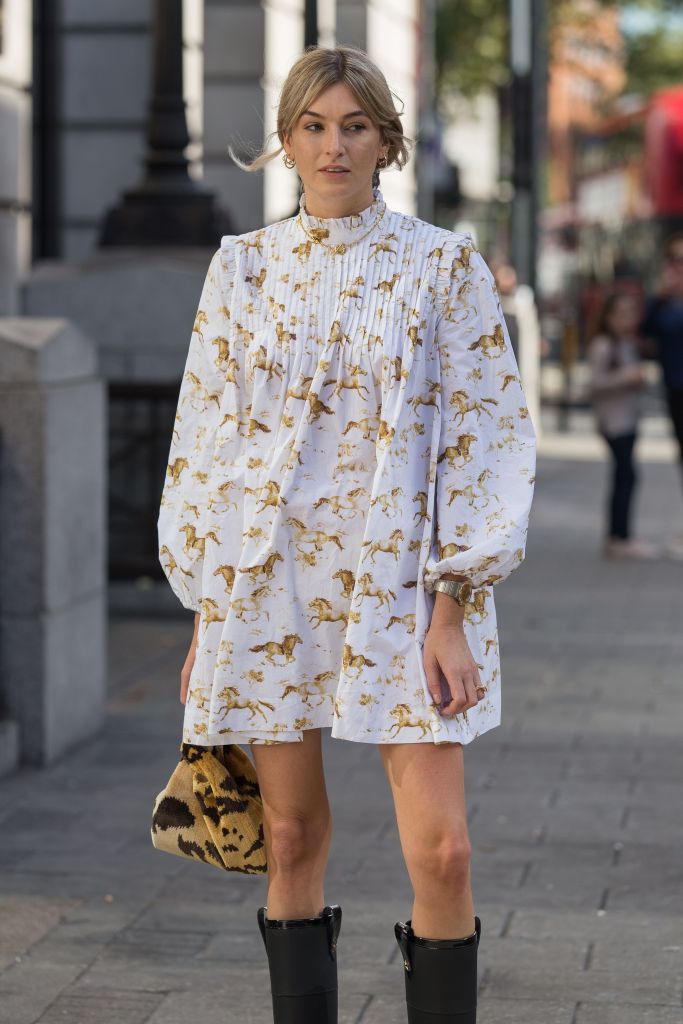 WWD: Why did you decide to start experimenting with new platforms, first with your podcast “Fashion No Filter” and then with the documentary?

Camille Charrière: For me personally, just using Instagram was no longer an option. Without being rude, everybody and their mum and their dog has got an Instagram account and can use it to communicate. It’s still a really powerful tool and a reflection of how the modern world works, but I just don’t think that posting inspirational pictures or what you’re wearing is enough. You can’t really call that a career in itself. It was time to find a new way to share content.

WWD: What was the concept behind the podcast?

C.C.: I think we can be credited as probably one of the first, if not the first, to start a podcast that talks about fashion-related topics. The idea came to us as we had been looking at new ways to produce content. Both Monica and I felt that the world was a little bit saturated with visuals. Doing a podcast is also a little more relaxing, people don’t have to worry about what they look like and almost forget that they are being recorded, so you can end up having a great conversation.

WWD: So you didn’t find it limiting to discuss topics that are highly visual on audio?

C.C.: I fundamentally disagree with that. An image might be worth a thousand words but it doesn’t really get people thinking or debating and that is something that we both love. When you take away the visuals, you have got to use your imagination to think about what’s going on in the room — and your imagination is a very powerful skill that you don’t want to ever stop using.

For us it was a nice challenge to start talking about fashion without the images so that you could really focus on the ideas for once, instead of just the clothes and the way that things looked.

We spend our lives on our phones and computers looking at images, so sometimes it’s good to just talk about things. When you’re only looking at something, you forget the backstory a little bit. A lot of the backstories in fashion are forgotten and it gives the industry a little bit of a bad reputation as one-dimensional, which really isn’t the case.

If you describe something properly, people can just Google it and it’s actually quite a nice exercise to have to actively look up something you are interested in, rather than being force-fed information all day long.

WWD: What audience did “Fashion No Filter” draw? Were the listeners also your followers on Instagram?

C.C.: We found that we were reaching a much wider audience because we launched on iTunes, which is completely separate to the world of Instagram. The only reason that we haven’t done more is because we’ve been finding our feet, refining our voice, and simultaneously working on the documentary. 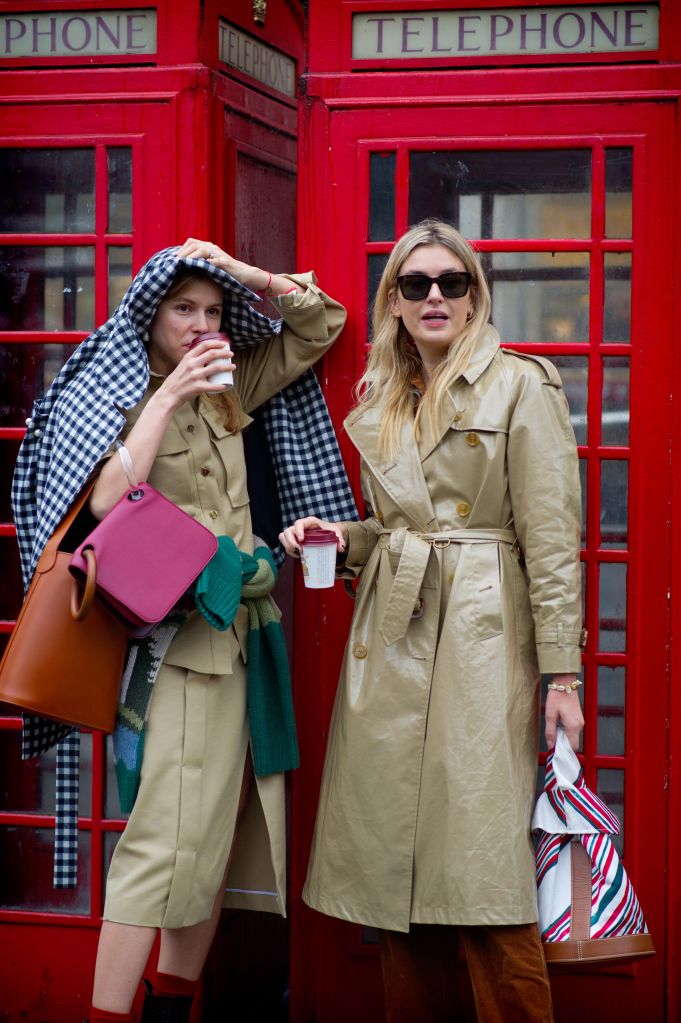 WWD: How did the idea of a documentary come up, following your podcast’s success?

C.C.: It happened off the back of the podcast because it was going so well and we had a dedicated audience, so an opportunity with the French TV channel Paris Première came up to do a documentary about style, not about fashion. It’s a very personal project: We wrote the script from beginning to end, we had our own production team and complete creative freedom.

WWD: What is the story line you chose to explore through the film?

C.C.: We are looking at how London and Paris have got so much to offer in terms of fashion and how you can argue that each, in its own right, is a fashion capital. There’s a very tongue-in-cheek war between Monica and I, with each of us defending our adopted cities: I’m defending London and she is defending Paris because we didn’t want it to feel too patriotic. We also talk about my theory of English people growing up wearing uniforms, leading them to become so experimental when it comes to style.

WWD: What are some of the names making appearances in your documentary?

C.C.: We are going into the couture ateliers at Dior, seeing some of the top students at Central Saint Martins and some of the most exciting young designers in both cities. We start with Jacquemus, who is a great representation of France, especially because he is someone who has not been trained at school, so he offers a very interesting point of view. Then we talked to Central Saint Martins alumnus Molly Goddard and followed one ‘It’ girl in England and one ‘It’ girl in France. All in all, it’s a really nice portrayal of all the fantastic things that you can find in both those places. 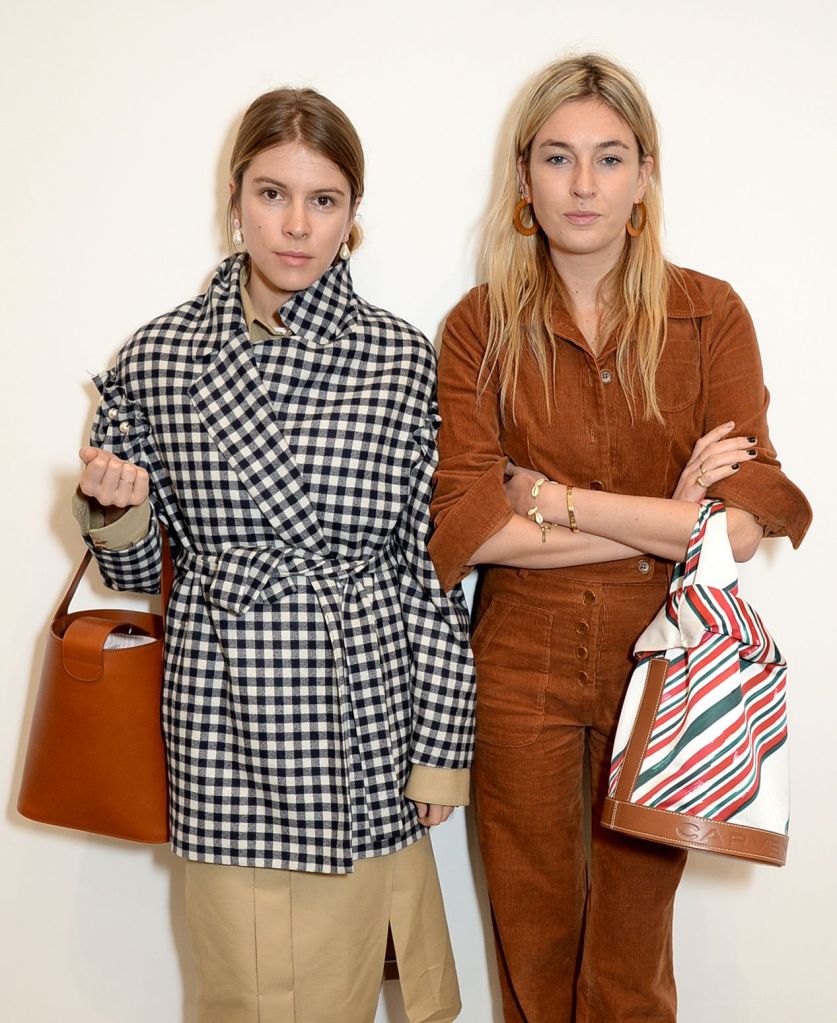 WWD: What was the most rewarding part of the filming process?

C.C.: It was really nice to be taken behind the scenes by people who have been part of the industry for a long time. It allowed us to bring in an element of insider knowledge, but also discover new things and come in with a point of view, without being too critical. It’s a good balance.

Also going in almost as investigatory journalists and pulling together a story by stitching together everyone’s experience in the fashion industry was an incredibly rewarding process that I would definitely like to repeat. This is what I have always loved to do and the way I see my Instagram, and podcasts and now this TV show is a reflection of that love of storytelling. I don’t want it to necessarily be about me. There are so many things that don’t actually get proper airtime because fashion is so fast. What’s exciting with these projects is the opportunity to dive in properly and get that real experience of how deep all these discussions can be.

WWD: How have you evolved the way you work with brands on Instagram since you started diversifying your work and your voice?

C.C.: The luxury I have now, by working on other projects, is that I can be quite picky about what I decide to do. For me the most important thing is to work with brands that are going to give me enough freedom to be able to continue talking to my audience in the same way, when I’m creating sponsored content. What I don’t like is a brand that tries to impose the way it thinks and disregards the way I work.

I have been working with the French brand Ba&sh recently and we styled a shoot together for their visual campaign that was entirely produced by me, in terms of the concept, the idea and everything that surrounded it. It’s more exciting when there’s that level of trust. 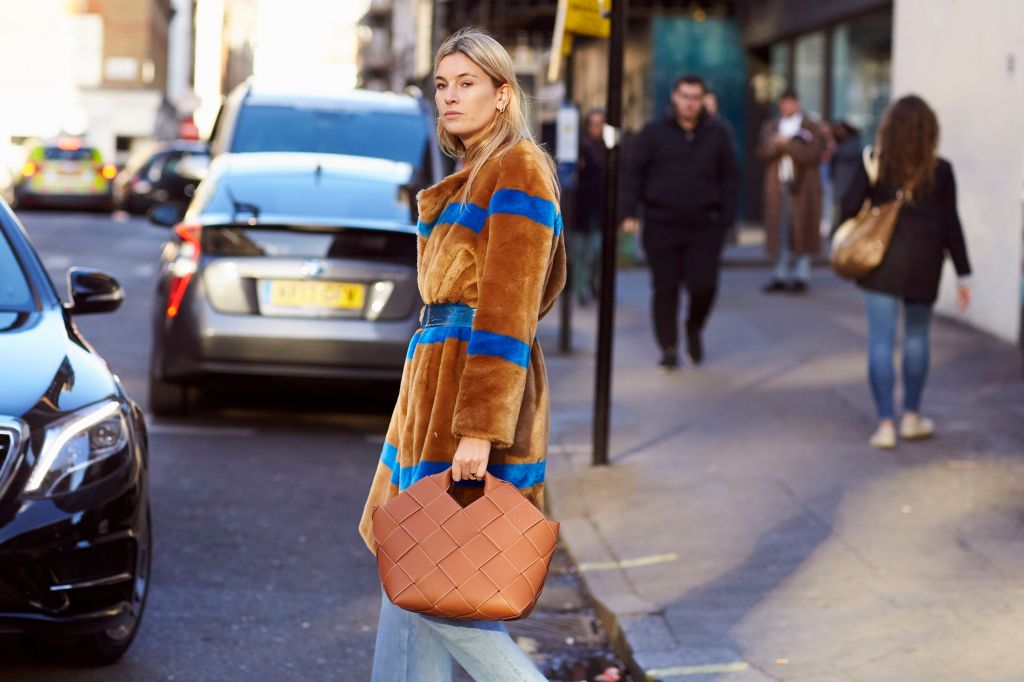