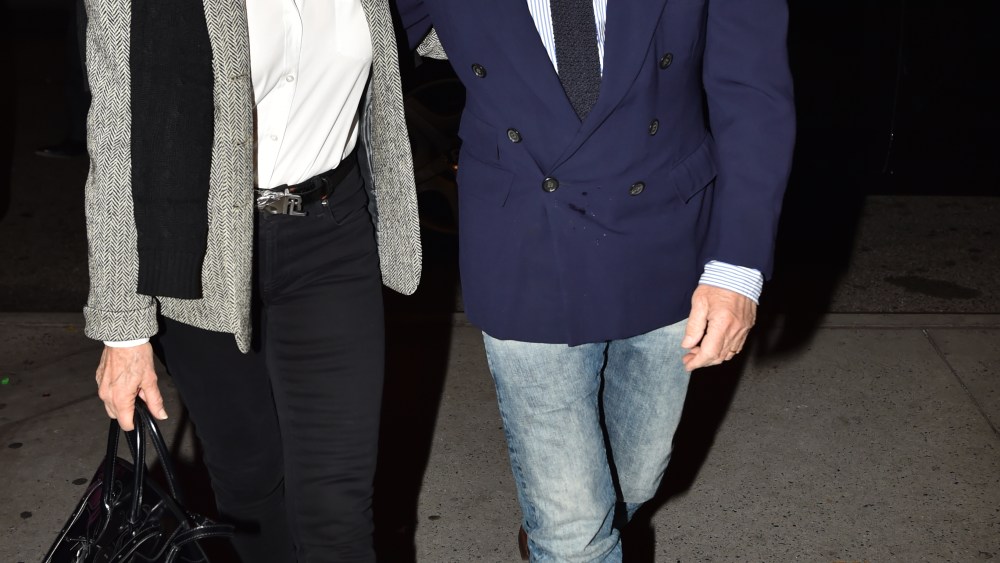 Elton John settled in at the piano for a performance of “Mona Lisas and Mad Hatters.” It’s a song about New York and, he said, “Ingrid loved this city.”

Ingrid Sischy passed away in July, and on Sunday, 300 friends flocked to MoMA’s Agnes Gund Garden Lobby to remember her. The turnout dazzled. On stage, in addition to Elton: Karl Lagerfeld, Graydon Carter, Laurie Anderson, Jeff Koons, Bruce Weber and Baz Luhrmann, who read a letter from Nicole Kidman. Antony sang a mesmerizing “You Are My Sister,” while K.D. Lang awed with her stunning rendition of “Hallelujah.”

For all their celebrity, these were people who gathered wanting to celebrate the life of a beloved friend, but for whom true celebration remains elusive. Ingrid died too young; despite a lengthy illness, her passing shocked. Her friends miss her deeply.

Those who spoke took their best shots at celebration, focusing on Ingrid’s humor, wit, journalistic brilliance, her profound knowledge of everything, her conversational charm.

Koons addressed her grasp of the creative process. “Ingrid showed what was really important to us,” he said. “Everyone gets caught up in their personal lives, whether you’re a musician, fashion designer, writer, filmmaker, actor, photographer…What Ingrid knew is that interaction between people is where ideas come from, and you take the energy and power to make simple gestures.” He noted, too, the appropriateness of the venue, where his relationship with Ingrid started years ago, their nascent stars about to ignite. She was an intern in MoMA’s photography department while he warmed a seat at the members’ information desk.

Carter referenced Ingrid’s journalistic honor. “The thing about Ingrid,” he said, reading from the remembrance he posted on vanityfair.com on the day she died, “was that although she was friendly with just about everyone in the fashion world — her closest confidants were Miuccia Prada and Karl Lagerfeld — when she sat down to write, she looked for truth, not fantasy.”

Kidman, performing onstage in “Photograph 51” in London, couldn’t attend. “Ingrid was an angel,” Luhrmann read for her. “She made sense of who I was both as a woman and as an artist.…Ingrid was a true definition of an intellect — intellectual but not a snob…like so many people, I just wanted to be around her.”

Saying that he doesn’t give speeches, Lagerfeld instead penned and read a letter of his own, to Ingrid. He thanked her for a wealth of shared experiences. “I will never forget our days in Hollywood,” he promised.

Weber, with whom she collaborated on countless Interview issues, noted her guerilla approach: “We were two vagabonds of sorts. We never knew quite where the stories would take us.” He did know well Ingrid’s contention that no picture should take more than 10 minutes to get.

In the midst of a soulful, sometimes eerie performance piece, Anderson talked about an early shared escapade when, as the twentysomething editor of Art Forum, Ingrid was denied entrance to a party by a clipboard girl. “She says, ‘OK, let’s go around to the back and climb the window.’ So we went around the back, and we went out the front door. It was the way she did a whole lot of things.”

Accounts of ordinary-life occurrences by extraordinary people rang as genuine friendship. Ingrid loved animals, so much so that one charity listed for contributions in her memory was City Critters of New York. It was thus inevitable that pets got some attention. Lagerfeld recalled a Biarritz visit by Ingrid and Sandy Brant, her long-term partner whom she married shortly before her death. Their cat Cassidy got loose and lost, sending the entire household into turmoil until he was found curled up “in a place no one knew was there.” At the time, Lagerfeld couldn’t grasp the concept of such love for a cat, but when Choupette entered his life, he understood the passion and found another point of connection with Ingrid. Weber relayed that Ingrid and Sandy “firmly believed their cats Cody and Cassidy loved to be photographed. Nothing was further from the truth,” he deadpanned.

But poignancy trumped the laughs.

Weber pledged that “Ingrid, you’ll be in my mind forever.”

Lagerfeld bared a level of emotion he seldom exposes. He recalled that the last time her saw Ingrid he told her she looked very chic, though, he’d thought, “maybe a little skinny.” He considered that perhaps she was working a new look until he read Sandy’s face that said otherwise. A while later, while he was shooting a Chanel film, an assistant interrupted him on set to say that Ingrid had called. He asked if he could call her back. His assistant advised otherwise. He’s grateful to have listened. “Hello, my angel,” he heard Ingrid’s salutation. “I call you because I have to leave, and I want to thank you for all your friendship and love.” “I had to get my face back together to face the actors,” Lagerfeld said, his voice breaking.

Before he sang, Elton described Ingrid’s special place in his life. He recalled his devastation after the death of Gianni Versace, whom he said was like a brother. “I had never had a relationship with anyone like that, ever in my life. And then Ingrid became my sister.…I had never known such an inspirational, funny, irreplaceable soul. The void in my life, I haven’t really come to terms with yet.”

After the program, as guests milled about the reception sharing their own Ingrid stories, Elton stood alone in a quiet corner. He wept.