Next month Agnès B. will open La Fab — a museum in Paris' 13th arrondissement that pulls from her private collection of 5,000 artworks.

Agnès Troublé outside of her forthcoming art museum, La Fab.

Fashion titans are infiltrating Paris’ culture scene with museums; The Arnaults with their Fondation Louis Vuitton, the Pinaults with their Pinault Collection to open at the Bourse de Commerce later this year. And now cardigan queen Agnès Troublé, better known as Agnès B., will join their ranks early next month — albeit at a more modest scale — with a museum pulling from her own personal collection of 5,000 artworks that have long been stowed away in a Canal Saint-Martin-area storage unit.

While a quiet presence on the Paris fashion scene, Troublé’s brand — founded in 1976 — operates some 282 stores worldwide as well as five art galleries. The brand is wildly popular in Japan and is finding a new wave of fandom Stateside. Agnès B. snap cardigans and baseball caps are currently reaching a fever pitch in New York, appreciated by fashion and art insiders for their quiet luxury and classic French appeal. Just last week, Chloë Sevigny announced her pregnancy on Instagram wearing an Agnès B. snap cardigan in a photo by Jim Jarmusch.

“I always say I don’t like fashion, I like clothes. Fashion is ephemeral,” the designer said of her enduring success. 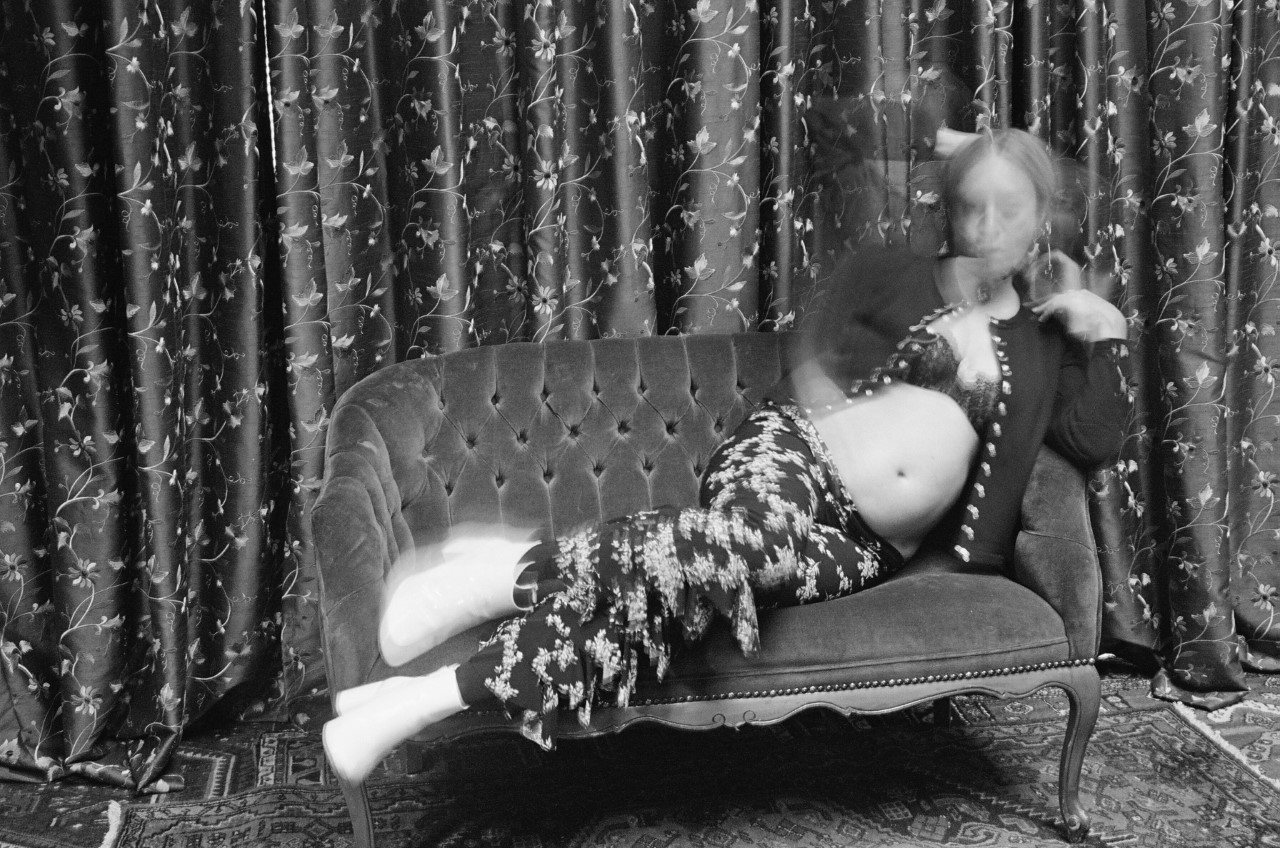 La Fab, as Troublé has called her museum, will open on Feb. 2 in Paris’ 13th arrondissement, a neighborhood traditionally known as an immigrant community and the site of some of the city’s most lauded Vietnamese restaurants. It is also home to some of Paris’ better-known graffiti spots.

Troublé, an avid supporter of young artists, has operated her own galleries within her stores since the mid-Eighties and has loaned pieces from her private collection to art museums around the world. “I am in a bath of culture,” said the designer. “I look to many things, I am very curious about what’s going on in museums and galleries as well as in the streets.”

She is a self-professed lover of street art, flying around the world in search of new talent, including annual trips to New York for meet-ups with graffiti artists in Bushwick, Brooklyn. “I have so many friends in that area, the people in Brooklyn — I know them all,” she said.

A rendering of La Fab.  courtesy

Troublé aimed to culturally enrich an area of Paris that may have been overlooked by others. “I was looking for a popular and dynamic neighborhood to install La Fab; I first thought of moving my endowment outside of Paris in Seine Saint-Denis. Then I met Jérôme Coumet, the mayor of the 13th district of Paris, who happens to be a huge fan of street art.

“Together, we found the ideal location, place Jean-Michel Basquiat. It’s a great story because one of the first works I bought was actually a Basquiat self-portrait drawing,” she said.

“How can a work of art capture a feeling and foster a sense of belonging? My aim is not to make these treasures mine, but to take them in, cherish and derive sustenance from them,” she explained of the show, which will be on until May. 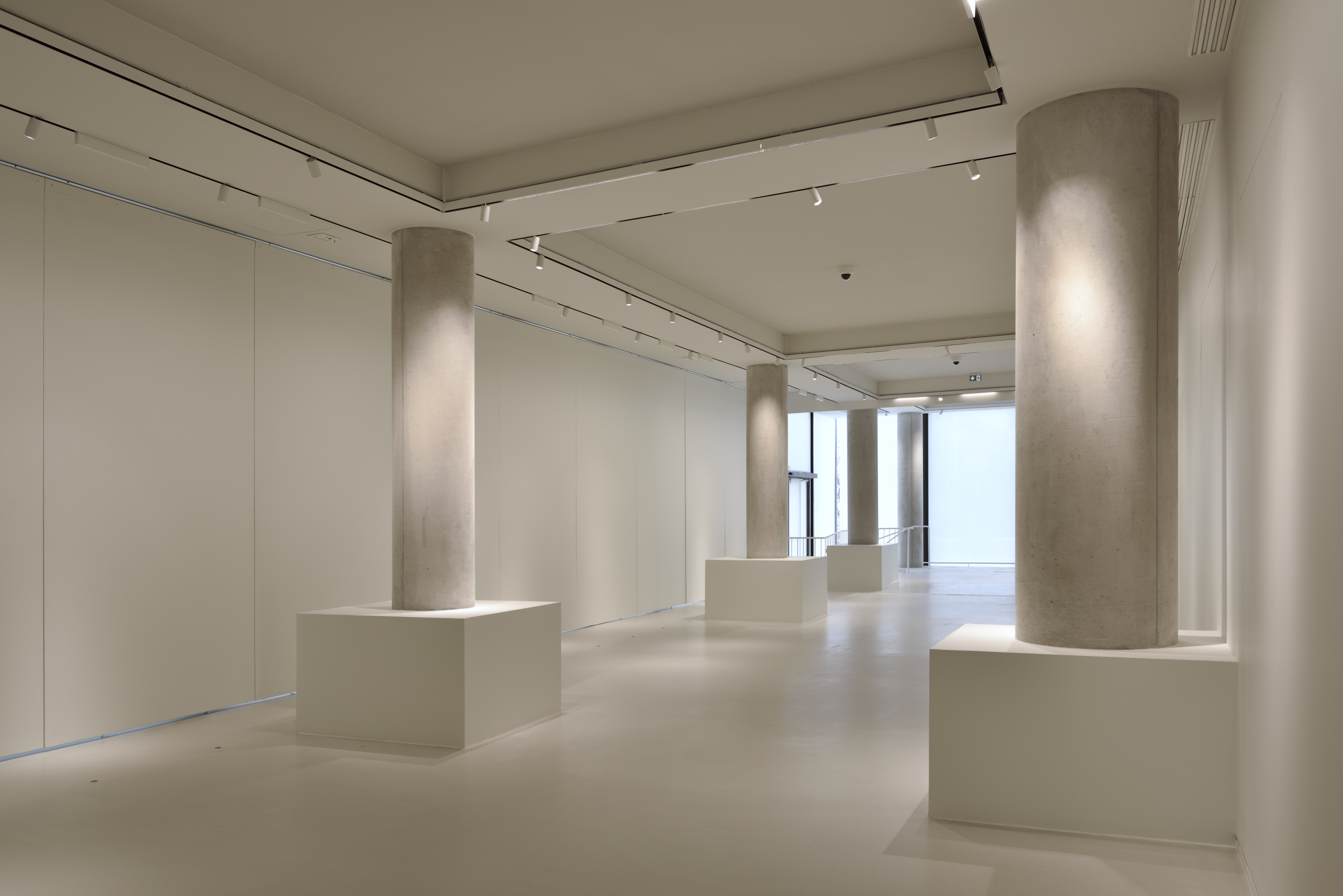 Inside La Fab, which is set to undergo installation for its first show this week.  Courtesy

Troublé was adamant that her project was not conceived in light of the Arnault and Pinault families’ own museum concepts. “I am not joining them, I am doing something different. Vuitton is supported by the French federation at a very high level and I am doing this myself with no help from the state, no help from anyone,” she said.

La Fab, Troublé estimates, will mount three to four exhibitions per year. While initial programming will pull exclusively from Troublé’s personal art collection, the museum is open to exhibiting loaned pieces in the future. There will be a bookstore with art-related ephemera on-site, but no clothing will be available for purchase.

Troublé hopes to involve La Fab’s surrounding community and “will make special prices for many different sides of the society. I don’t want it to be expensive, I want to share it with people so everyone can see it.”

As La Fab opens in Paris, another of Troublé’s art contributions will travel to New York. A photo exhibition marking the 40th anniversary of the Agnès B. snap cardigan will open on Feb. 8 at 195 Chrystie Street — featuring works by 75 artists including Lynch, Maripol, and Jarmusch, all of whom immortalized the classic cardigan design. The show originated in Paris this last October, and is an updated version of a 1986 snap cardigan-centric exhibit that was eventually shown at the Centre Pompidou.