The understated, rustic-natural lifestyle purveyor is stepping into new product categories, with a TV show and hospitality project in the works.

“This year, the business is almost tripling from $8 million to $25 million…we have seven retail stores, and we’re opening five to 10 in the next year. Business is great and we’re very excited about expanding the company,” said the executive, a veteran of J. Crew and Loeffler Randall. She has been with Jenni Kayne for five years, transforming the brand from a wholesale to direct-to-consumer sales model, with product across women’s clothing and accessories, home and, soon, men’s and children’s.

“Julia has completely transformed the business. We’ve opened up so many new categories, and homed in on what works for us,” said Kayne.

In many ways, the brand’s evolution parallels L.A.’s rise over the past two decades from company town to influencer lifestyle mecca. The designer launched her label in 2003, and one early collection shown on the runway during Los Angeles Fashion Week featured rock ‘n’ roll groupie-worthy cone bras and minidresses. For a while, she presented her collection at New York Fashion Week, emphasizing novelty and a designer price point. But that’s not how she dressed in real life, especially after becoming a mom in 2008, which coincided with the launch of her popular Rip & Tan lifestyle blog, now the business’ media arm, driving 20 percent of the one million monthly page views to jennikayne.com.

“When I was pregnant with Tanner, I was obsessed with everything wellness and cleaning up my life,” said the mother of three, who has gone from dressing tastemakers to becoming one herself, albeit with 218,000 Instagram followers instead of the million-plus that some celebrity influencers command. “Once I had him, I realized what worked for me when I was getting dressed. It was about finding a uniform and simplifying my closet. People want newness all the time when in actuality you wear the same thing over and over. Just like having fashion shows every season wasn’t working any more or necessary, having a whole new collection wasn’t necessary.” 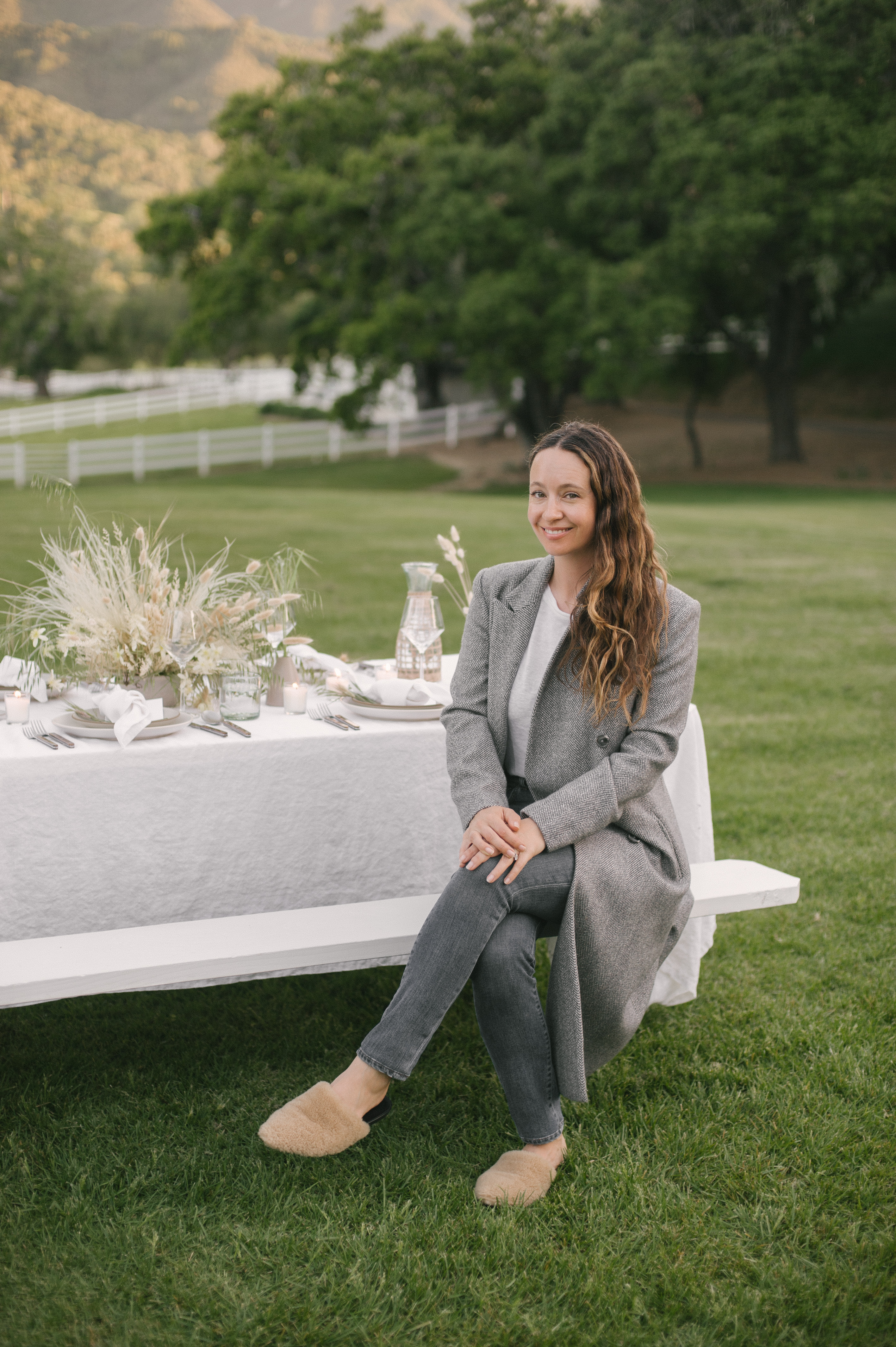 She had early commercial success with her minimalist-cool, pointed-toe D’Orsay flats, which launched in 2011, igniting a trend after becoming the run-around-town footwear of choice for Jessica Alba, Emma Roberts, Rebecca Gayheart and others. She still sells the style, as well as mules and sandals, but has also pivoted to uniform dressing. Now, footwear represents just 20 percent of sales, with another 20 percent in home and 60 percent in clothing.

Using the tag line, “Find Your Uniform,” Kayne specializes in women’s basics in organic neutral hues, $125 to $1,195, like a Japanese silk T-shirt dress tied at the hem, plaid boyfriend shirts, everyday pants and Ts, belted shearling jackets, fuzzy pointed-toe mules, and a best-selling boxy, ribbed-cashmere fisherman sweater that has a cult following in L.A. and beyond. “It’s one of those sweaters you see on other people and want for yourself,” she said of the style, which is updated seasonally in a new hue such as wheat or rust.

“When we dug into the business, it was clear there was a lot of success in knits. Sweaters were only 5 percent of the business, but every single sweater style was outperforming the inventory we owned for it,” Hunter explained. “So we made a shift toward what was working, made big bets on sweaters, and started seeing success in the category. As we walked away from wholesale, we shifted the focus to pieces the staff was excited by. Everything mixes and matches season over season so it’s cohesive. That’s in line with how Jenni outfits her house.” (The brand did keep one retail partner: Nordstrom.)

“The whole concept is living well,” said Kayne, whose collection thrives on the west side of L.A., where she grew up. (Lifestyle guru Martha Stewart gave a cover quote for the designer’s recently published Rizzoli book, “Pacific Natural: Simple Seasonal Entertaining.”) “I’m equally as inspired by setting a table or what I’m cooking,” added the tastemaker, who gives tips in her book on everything from making a spring crudite platter to how to whip up a homemade face mask and scrub as a parting gift for guests.

Now she’s looking to bring her vision full circle. For holiday, Kayne will launch her first men’s and children’s product — a capsule collection of sweaters landing Nov. 1, including the famed fisherman style. “Similar to how everyone is focused on family jammies around the holidays, we wanted to do something more elevated and Jenni feeling that can be a family assortment,” explained Hunter. 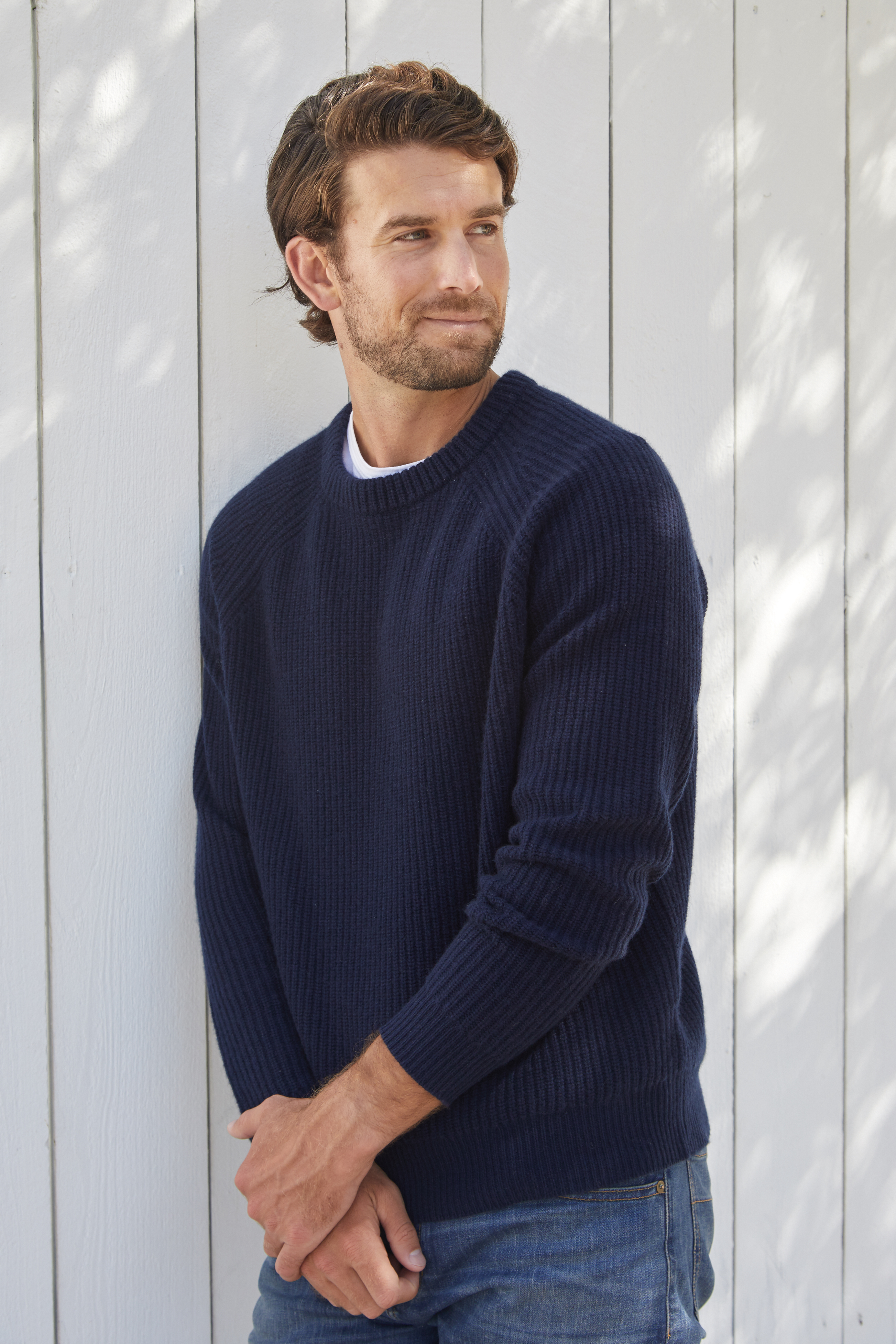 Jenni Kayne is launching men’s and children’s knitwear, including the Fisherman sweater shown, for holiday.  Courtesy

When plotting growth, the company, which has 55 employees, is working to balance being aspirational and attainable. Two years ago, Hunter shifted apparel prices down 30 percent. “It worked but there was not as much excitement as we thought,” she said. “People are happy with the quality, and there is no price resistance once you become a customer. But as we look to grow from a $25 to $100 million company, we need to acquire more customers…and we need things that are more accessibly priced.”

One new offering? Sneakers that are a minimalist take on skate shoes, in stretch suede and neoprene, $275 to $375, hitting stores Aug. 16.  Starting this fall, the brand will also begin offering XXL sizing in an effort to broaden its customer base.

Another priority is becoming more of a media company, and bringing Rip + Tan’s storytelling to other platforms to differentiate it from rivals such as Theory, Vince and Gwyneth Paltrow’s Goop (which stepped into men’s with a very similar G. Label knitwear capsule that launched in June). “We know we have strong content, and our community is engaged,” said Hunter, who is finalizing a deal for Kayne to do a TV docu-series on entertaining and style.

“I’m nervously excited,” said the designer, who is generally more comfortable behind the scenes.

Hunter sees opportunity in opening more Jenni Kayne stores (adding to the five in California, one in New York and one in Denver), which are like spa-like oases of calm and do $1,000 in sales per square foot. The team has signed leases in Seattle and Bethesda, Md. 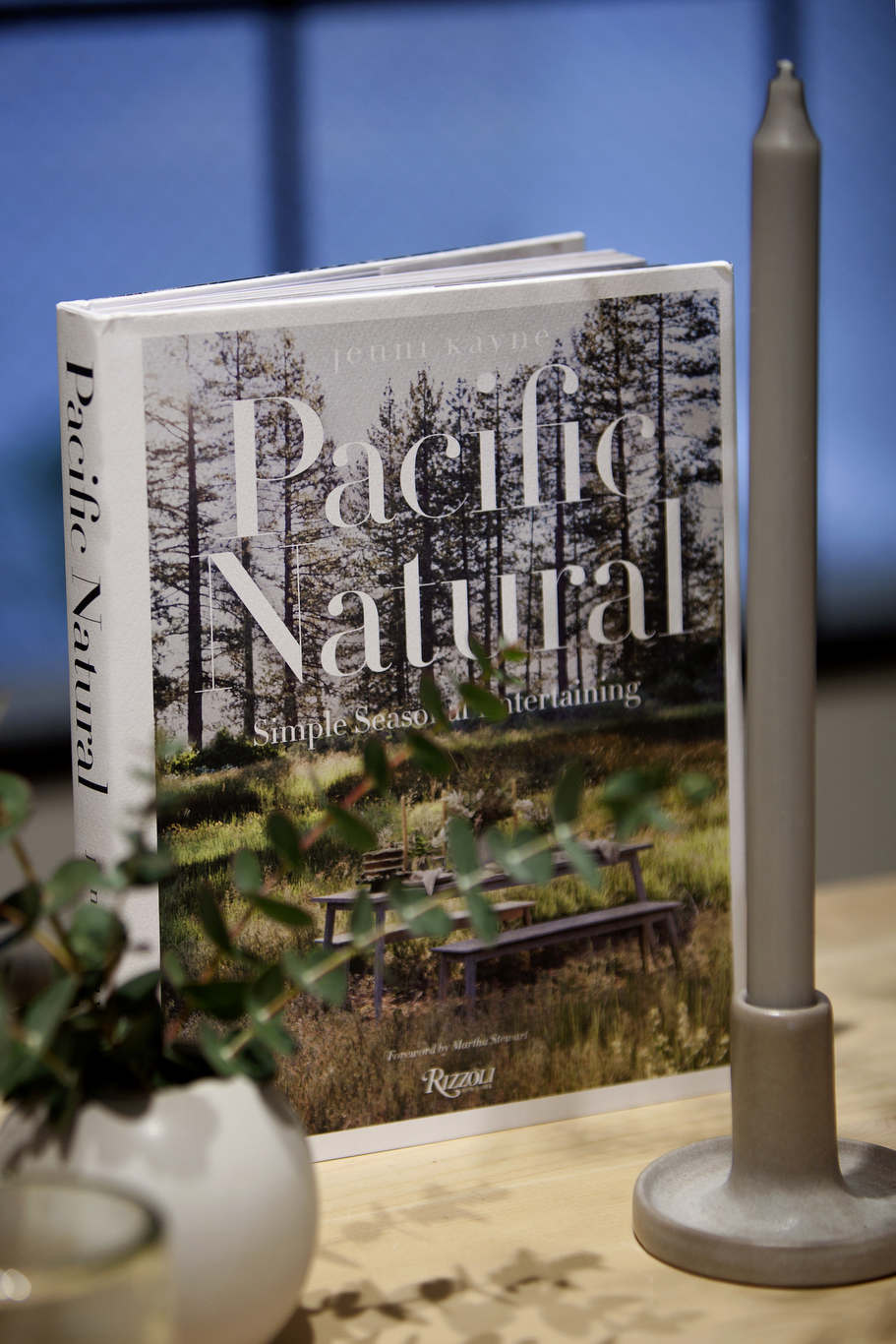 The cover of “Pacific Natural.”  Lexie Moreland for WWD

Self-financed, Kayne is looking to do a private equity raise to move into hotels. Her first hospitality project is already in the works, a case study house, er, cabin, being renovated in Jenni Kayne style in Lake Arrowhead, Calif.

“The idea came out of a retreat we did in San Ynez in April, where we brought my book to life with conversations, breakfasts, dinners and crafts. We’ve been talking to hotel partners and want to put our toes in the water with this house,” said Kayne, whose L.A., Lake Tahoe and Ojai homes are already shelter mag and web site faves.

“The Lake Arrowhead house is a huge opportunity for content,” added Hunter. “We’re going to do influencer retreats and put it on Airbnb for a short window for people to rent out. It will also likely be part of the show. We see an opportunity to do more, showing more of California. We’re looking at Malibu and Ojai for the next ones.”

It’s all part of selling the rustic natural life.

“I can’t tell you how many people are looking to California in terms of lifestyle,” said Kayne. “I have friends who work in fashion in New York who don’t get home until after their kids go to bed. It doesn’t mean we don’t work hard here, we just do the same thing with work-life balance.”