By Marc Karimzadeh and Alessandra Turra on April 14, 2014
View Slideshow 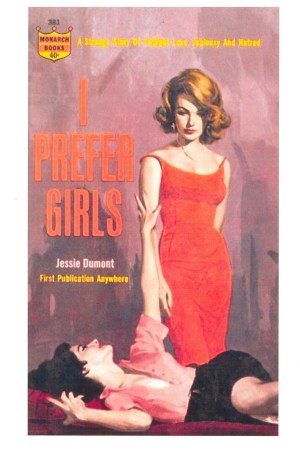 The inspiration. It’s the starting point for most collections, the seed that germinates into a designer’s creative direction for the season. It’s also a way to peek into the designer’s mind and work process, a point made effectively by the “Dries Van Noten: Inspirations” exhibition, which opened to rave reviews at Paris’ Musée des Arts Décoratifs during Paris Fashion Week.

Inspiration: Sixties German minimalism, the graphic bronze sculptures of Lynn Chadwick, plus the book cover of Jessie Dumont’s I Prefer Girls, a work of Sixties lesbian pulp fiction, featuring an image of two women in a suggestive, if not risqué, pose—one in a body-hugging red dress with matching lipstick. “I found this cover in a vintage archive and loved every aspect of it, most of all, how bold she looked in red and how shapely her silhouette was,” says Rodriguez.

Execution: The first three looks—including the sleek red coat that opened the show—“embody that silhouette and shapeliness, even though they are a bit more relaxed,” Rodriguez explains. They were indeed vampish, though more subtly so.

Inspiration: Women of the late-Sixties Roman art scene, including Carol Rama, Carla Accardi and Giosetta Fioroni. “We are Roman. To us, the city is a consistent source of inspiration,” says Maria Grazia Chiuri. “This season, our inspiration came from the unconventional women whose works were deeply rooted in a moment of great change, a revolution in the Italian culture…these women, these artists, they were rule-breakers. They expressed their need to exist and not just appear.”

Execution: Pop Art patterns, including the colorful optical dot in vertical patterns on a slim leather jacket, for example, as well as oversize floral prints, commedia dell’arte diamond patterns, stripes and other geometric shapes. “The unique images of these artists and their enduring, significant and universal themes gave us an essence of purity, the pleasure of change, and we tried to create each outfit as a work of art, timeless,” Pierpaolo Piccioli adds. “The textured surfaces—printed, decorated with intarsia and embellished—express the collection’s kaleidoscopic character and vital unpredictability.”

Inspiration: The designer looked in multiple directions, including to Swiss writer Annemarie Schwarzenbach, Leopardi’s poetry and Hermann Hesse’s novel Steppenwolf. “The wolf, the wolf with the moon,” Marras says. “The wolf, always a fascinating animal, idolized in different cultures and symbol of terror in ours. So the wolf and the three little pigs, Little Red Riding Hood, the wolf and the lamb of Aesop engage with the work of Joseph Beuys of coyote and the wolf itself of St. Francis.”

Execution: Marras pulled these visuals together like characters in a movie—one he would direct, its narrative playing into his patchworked clothes. Schwarzenbach’s androgynous style and travels throughout Asia were rendered via men’s wear and military fabrics. He took his wolves theme quite literally via howling animals printed on satin coats and dresses. The inspiration extended to the set: “A full-moon night with a high sky full of stars in a land without borders and in the distance the howling of a wolf, a wandering shepherd sings at the full moon and a woman wanders mainly in search of herself,” Marras says. “The film only needs to be shot.”