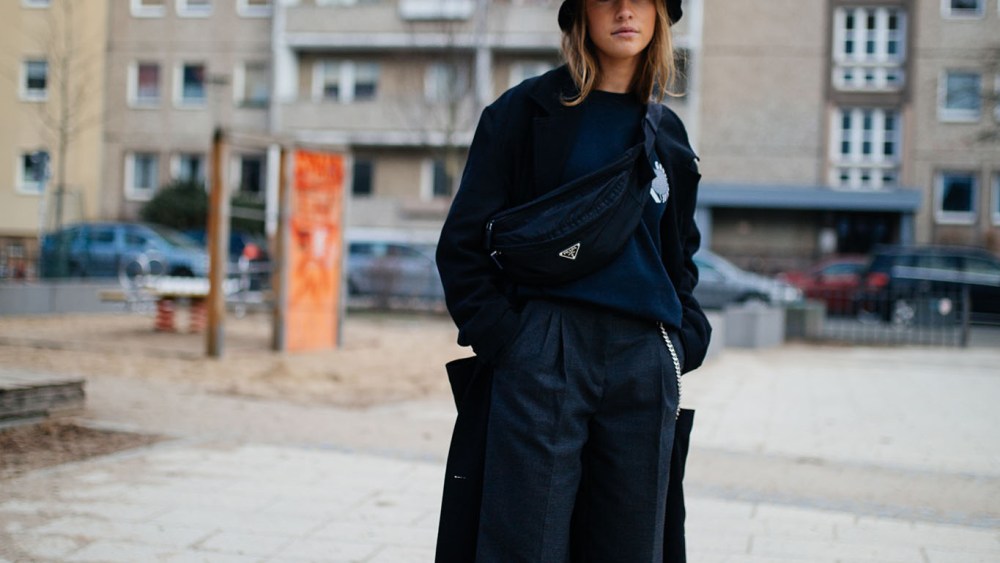 BERLIN — If succeeding in fashion involves being true to your DNA, should Berlin reposition itself as a capital of streetwear?

A good number of industry denizens certainly think it should.

“The truest streetwear in the world is in Berlin,” said designer Kostas Murkudis, a stalwart of the scene here who started his career working for Helmut Lang. For Murkudis, Berlin’s style is all about the intersection of music, art, architecture and nightlife, rather than trends. And he is not the only one who feels this way.

“I think what makes [Berlin style] so charming is that there’s not one specific style, people don’t dress to impress — so it does feel very real compared to other street style around the world,” agreed David Fischer, the founder of Highsnobiety, the streetwear-obsessed media platform with offices in Berlin and New York.

Berlin street style “is unique in how people mix styles and labels here,” added Simeon Dimitrov, who along with business partner Nikolai Goutzov, owns Superconscious, a Berlin boutique specializing in hard-to-find streetwear from South Korea and Scandinavia, among others. “People will buy Balenciaga shoes here, but they’ll wear them with second-hand items, whereas in Tokyo or Paris they’ll wear it with Vetements.”

According to a December 2018 survey by Highsnobiety, one of the qualities prized by fans of modern, luxury streetwear is authenticity — in other words, some form of cultural capital they can relate to.

Sitting at the intersection of art, culture and history, sprinkled with a little bit of Eastern European grit and spiced with hedonism, Berlin has all that. But as with anything “cool,” the problem is how to capture it: Could this amorphous quality give Berlin Fashion Week the direction it desperately needs? Could it offer the city the kind of sartorial identity that aspiring local designers and retailers can build a business on?

But they don’t show in Berlin: 032c displayed its first collections in Florence and London, while Dumitrascu and GmbH go to Paris.

The reasons why are well documented: The real business is done elsewhere while in Berlin there’s a lack of industry infrastructure, anti-consumerist locals and a bad attitude — ranging from disinterest to disdain — for fashion and labels.

While Germany is the largest market for apparel in Europe, with domestic consumers spending over more than 70 billion euros on shoes and clothing in 2017, only a fraction of that is spent on locally designed brands.

To be sure, the designers of 032c, Dumitrascu and GmbH frequently note that they’re inspired by their hometown and its unique qualities.

Firstly, there’s the city’s laid-back atmosphere partially brought about by the affordable living conditions. “The style of city is not as bourgeoise, or expensive, as other capitals and that leads to people maybe having more imagination when it comes to the way they dress,” Fischer mused.

The city’s legendary 24-hour nightlife is also part of this progressive style.

“The isolation from fashion that Berlin has given me, creates more objectivity in what I do. I have no fear,” he mused in an essay he released alongside oversized trench coats, taut shirt jackets, ballooning pants and high-heeled boots. “Berlin made me understand night life, from a ‘club’ perspective.The club is a dynamic space where interesting encounters happen. Surrounded by a city with a beat, a rhythm, a pace and fashion of its own: more authentic, raw, unspoiled, un-branded, honest.”

To be sure, club and streetwear staples like sneakers and boots are de rigeur and dressing down is a matter of pride in a place where the preferred look is effortlessly stylish or creative, rather than overtly on trend.

“Is streetwear in the DNA of the city? I think so,” said public relations agent Mumi Haiati, whose Berlin company, Reference Studio, represents the likes of 032c and Ximon Lee. “On the other hand, we work in Milan a lot too and there is a new guard there, a new elite that’s having a kind of streetwear renaissance right now.”

Berlin’s streetwear is not based on surfing, skateboarding or hip-hop; it’s much more in line with the changing international definition of streetwear, transitioning to the luxury sector, observers agreed.

Freedom from judgement and freedom of choice were the reasons Romanian-born designer Andra Dumitrascu started her boutique and eponymous label in Berlin.

But there’s still a big problem: How to translate all that into something that spotlights Berlin — and by default, other German — fashion, without “selling out.”

“If people like 032c and Highsnobiety did [focus on the city], others would follow,” Dimitrov, of Superconscious, suggested.

The boutique owner would also like to see better incubators for young labels here. “Look at what Dover Street Market did for Gosha Rubchinskiy,” he noted.

The organizers behind the Reference Festival, to take place in Berlin sometime in late spring after being postponed late last year, are hoping to achieve what the official Berlin fashion week has not.

A multi-disciplinary festival of art, fashion, tech and music, it is being organized by Haiati’s agency. “Because if you want to put Berlin on the map, you need a different format,” Haiati reasoned. “I’m not sure Berlin really needs a fashion week. I don’t believe in labels. Berlin is free, a place for experimentation and creativity.”

Highsnobiety’s Fischer thinks better organization and cooperation is key to changing the culture around clothing in Germany. On the other hand, he also points out, this isn’t the first time it’s been suggested that Berlin focus on street style. When the Bread & Butter festival based itself in the city again in 2010, a lot of people were enthusiastic about the city becoming “the denim capital of the world,” he recalled.

When the now-defunct Bread & Butter streetwear trade show was here, Berlin was the place to be, Till Jagla, global director at Adidas Originals, recalled. “However, over the last seasons, other fashion weeks have become more relevant. Berlin…belongs to the top destinations for streetwear. However, for me personally, Paris and New York cover pretty much everything I want to see.”

“Maybe we just need to wake up and accept the fact that Berlin Fashion Week will never matter,” Fischer said. “And that is fine. It doesn’t mean that Berlin doesn’t have unique style.”