The influx of young designers breaking into the industry is bound to slow down. But some stay determined to make it on their own terms and the shift is pointing to the industry's need to change the way it treats new talent.

By Natalie Theodosi
with contributions from Tianwei Zhang
on May 6, 2020

LONDON — Young design students enter the doors of famous fashion schools every year with big dreams of becoming the industry’s next darling. With the London schools in particular pushing students to fulfill those dreams, they work for months toward that seminal graduate fashion show, hoping to grab buyer and media attention and embark on their journey to stardom.

It’s not just the schools that pump up designers’ hopes and expectations. The surge in fashion design competitions from streaming giants such as Netflix and Amazon Prime adds even more hype — and pressure — to these young talents, offering them the chance to be fashion’s Next Big Thing rather than pursue more mundane, behind-the-scenes roles in brands’ or retailers’ design studios.

But due to the changes brought on by the coronavirus and lockdown measures, the current fashion system is crumbling: This year’s graduation showcases have been canceled while the nature of fashion weeks and the entire wholesale system, upon which young fashion talents rely, is being called into question.

As the path into the industry becomes much less defined, could the result be that fewer young talents decide to set up on their own, instead choosing to work behind the scenes? 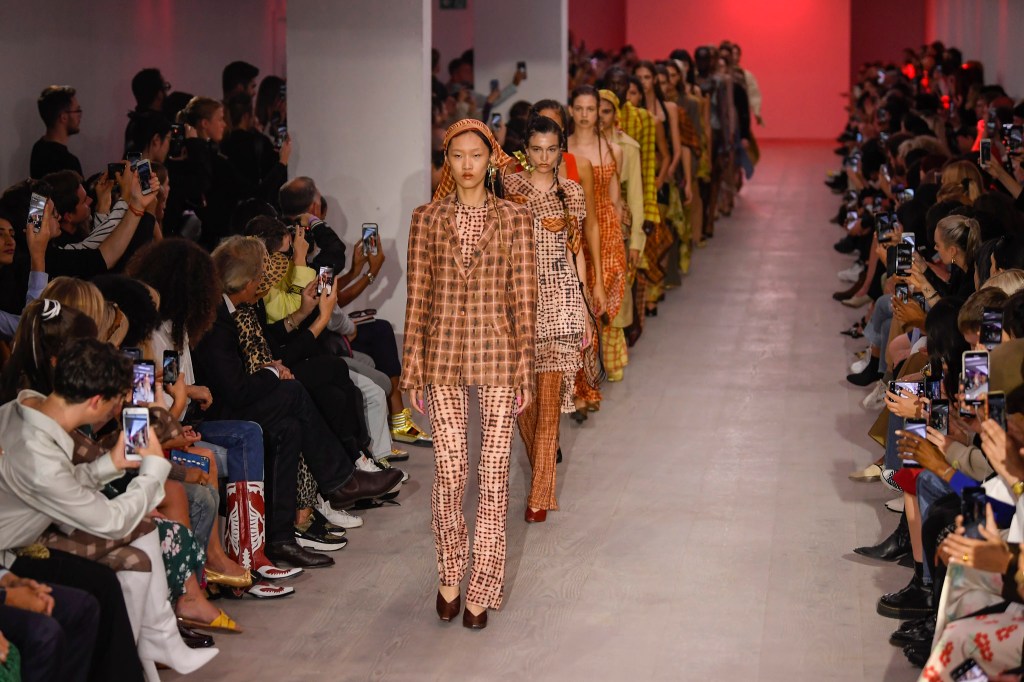 “Unfortunately yes, at least for the next 12 months,” said Browns’ men’s and women’s wear buying director Ida Petersson, who has been focused on scouting and supporting young talent through her buys. “There will be so many variables to consider that will pose hurdles for a new brand, from how you show the product to the industry to sampling, production and look books, as well as addressing financial stability.”

Natalie Kingham, Matchesfashion’s fashion and buying director and another supporter of emerging talent, echoed her thoughts. “There were a lot of designers planning on launching their labels. If they haven’t started, waiting until next year or the year after would be more advisable. People are pausing and re-evaluating at the moment.”

There is no doubt that young design talent in all its raw, uninhibited glory gives a regular shot of energy to the scene — especially the London one — season after season, and often captures the zeitgeist. Petersson said that if very young labels were to disappear — or not set up shop at all — “it would be such a loss to the industry’s creative energy, particularly as we are seeing so much innovation from a conscious design standpoint from young talent.”

At the same time, this moment of crisis may just deliver the wake-up call that fashion schools and the broader fashion ecosystem needed, to set aside the romance of it all — the creative genius becoming a breakout success straight out of college — and focus more on the reality of setting up a fashion label.

“There is a lack of business training in fashion education,” said Charlotte Knowles, a Central Saint Martins graduate who runs her namesake label with her partner Alexandre Arsenault. After graduation, she showed under the Fashion East umbrella and has been building her lingerie-inspired ready to wear label ever since.

“It would be really beneficial for students to be given some guidance, or a reality check, about what it means to run a company. Even just the odd lecture from other designers who have started their own brands and have real-life experiences would help enlighten students,” added Knowles. “People don’t really talk about the stress and risk of running a fashion business.”

Industry figures agree that students should be encouraged to spend time working for someone else, rather than convincing graduates that the only chance they have to build momentum is straight out of college.

“I think working for an established brand to gain experience is the preferable route to go down,” said Kingham of Matchesfashion. “Many people seem to underestimate the business acumen you need and designers who have taken this route have said it is invaluable, even for a year or two, to learn different aspects of a business.”

For Trino Verkade, who deals with young fashion and design talents daily as a founding trustee and chief executive officer of Sarabande, the Lee Alexander McQueen Foundation, there needs to be a bigger shift in mindset.

“Let’s just talk about what success is. There are multiple definitions of what it means to be successful and in a position to create something you love and appreciate. It doesn’t need to be linked to fame,” said Verkade, who worked closely with the late iconic designer from the beginning of his label.

“A lot of designers we look up to have worked for other people first and there are also a lot of of hidden jobs in the industry, be it product developers or merchandisers, that impact the overall vision of the brand,” she said. “New names are vital, they regenerate the industry and make us thing about our values and the times. But not everybody has to do it straight out of college.”

Edward Crutchley, the London-based designer who honed his craft next to Kim Jones at Louis Vuitton before launching his namesake label, would agree.

“To me, it’s common sense to learn how an industry that you want to work in functions before you start your own company. Can you imagine going to a restaurant run by a head chef who has just come out of catering college?” said Crutchley, who continues to work as Jones’ right hand at Dior men’s wear. 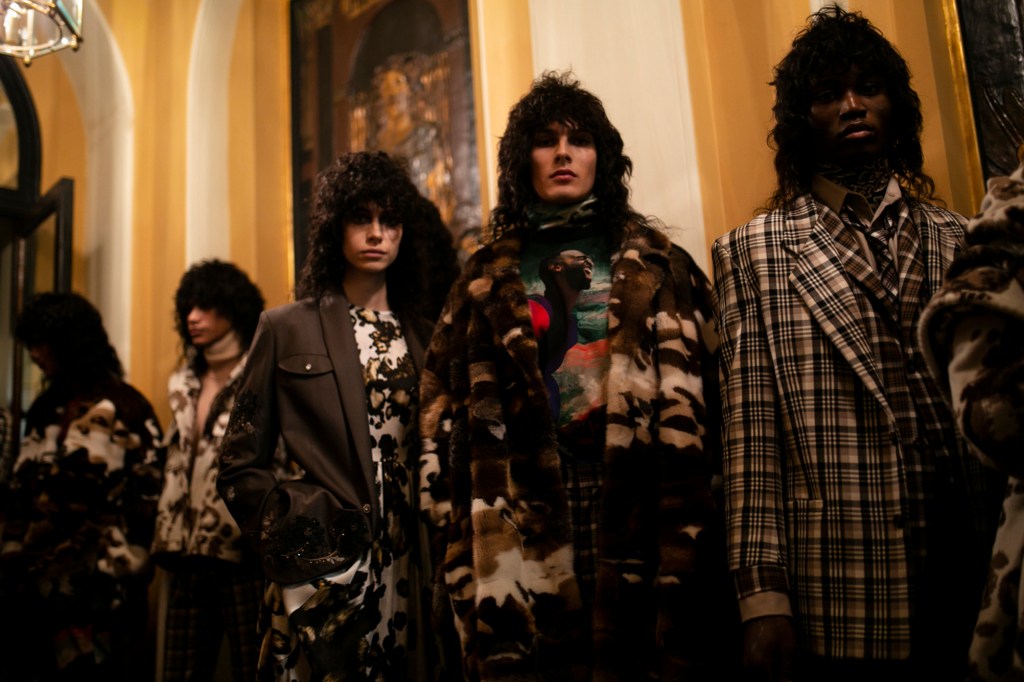 He added that his experience has given him insights into aspects of the industry like production, sales and sourcing. He would advise any aspiring designer to get a job first. “Don’t think your six weeks’ work experience has given you all the information you need to run a business,” he warned.

Many young designers are already thinking of alternative ways of breaking into the industry.

For Harris Reed — a B.A. fashion design student at Central Saint Martins who has already been building a name around a gender-fluid aesthetic and who has worked with the likes of Matchesfashion, Harry Styles and Gucci — this is not a time to put one’s dreams on pause but rather the moment to rewrite the rulebook.

“If you had asked me a month ago, right before lockdown, what my next six months would look like to you, I would have told you about how I’m starting a business, showing during fashion week” and getting stockists, said Reed. “But now, people can’t go about doing business in the traditional way. Everything we’ve been taught is completely irrelevant at this point. It’s all about adapting new strategies.” 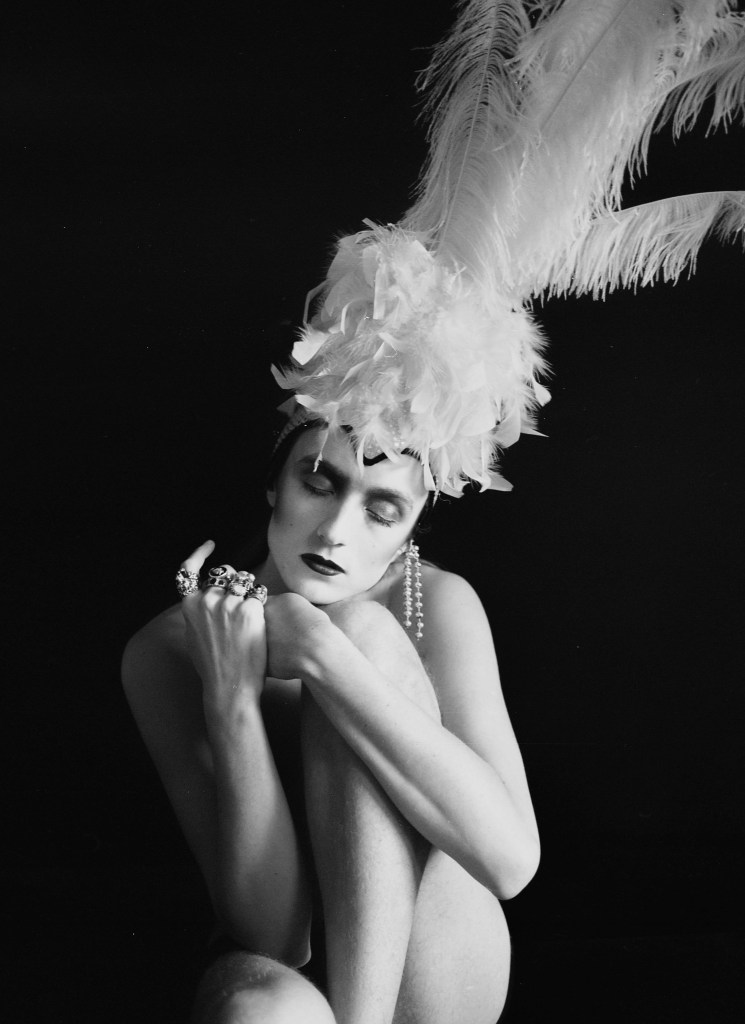 For Reed, that means collaborating with other sectors, be it art or tech; finding a bigger purpose; moving away from the fashion cycle to create bespoke or made-to-measure pieces; partnering with celebrities or bigger corporations which are aligned with one’s message, and localized production.

“The concept of scale won’t be so relevant anymore, times have changed and people will want things that are special and customized for them,” Reed added. “It’s definitely a priority for me to set up my label, but in a completely new way. Does a clothing label even need to make clothing anymore? I don’t think it does. You can be offering services, you can be doing collaborations and you can be catering to different markets.”

Central Saint Martins did not respond to requests for comment at press time.

Conner Ives, another Central Saint Martins student, has had a similar attitude from the get-go. Ever since designing Adwoa Aboah’s Met Gala dress, he has tried to build momentum on his own terms. He refused to get into the fashion cycle, and instead preferred to post new designs on Instagram, accept private commissions and create limited-edition capsules for retailers like Browns that are handmade using deadstock materials. 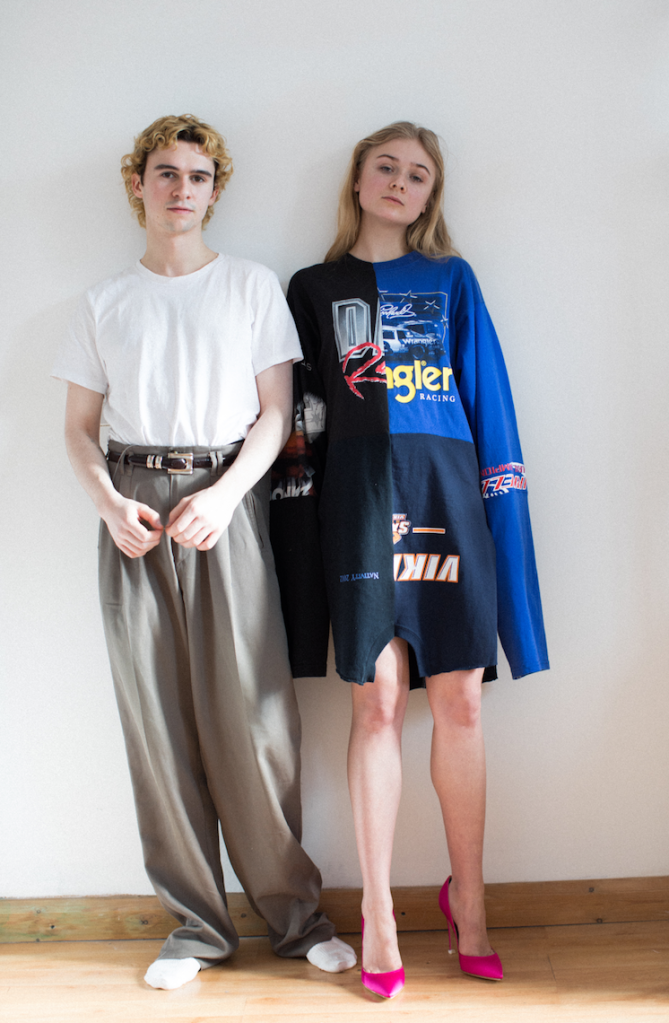 Now Ives, who was also part of the design team that launched Fenty, is turning his attention back to his own label.

“It was never my intention to launch my label this early and I received lots of advice discouraging me from it. I hear that. But many companies have hiring freezes in place until 2021, so my plan is to focus on my own work until we start to understand what the word ‘normal’ will mean for the next coming years. I feel relieved, actually, to have my own label, which is still in some kind of incubator stage. I don’t have as steep a drop to fall from if this all gets worse rather than better in the foreseeable future,” said Ives.

The industry can do its own part to protect these new names by supporting them on a longer-term basis over trying to capitalize on the buzz around an emerging designer’s early stages. 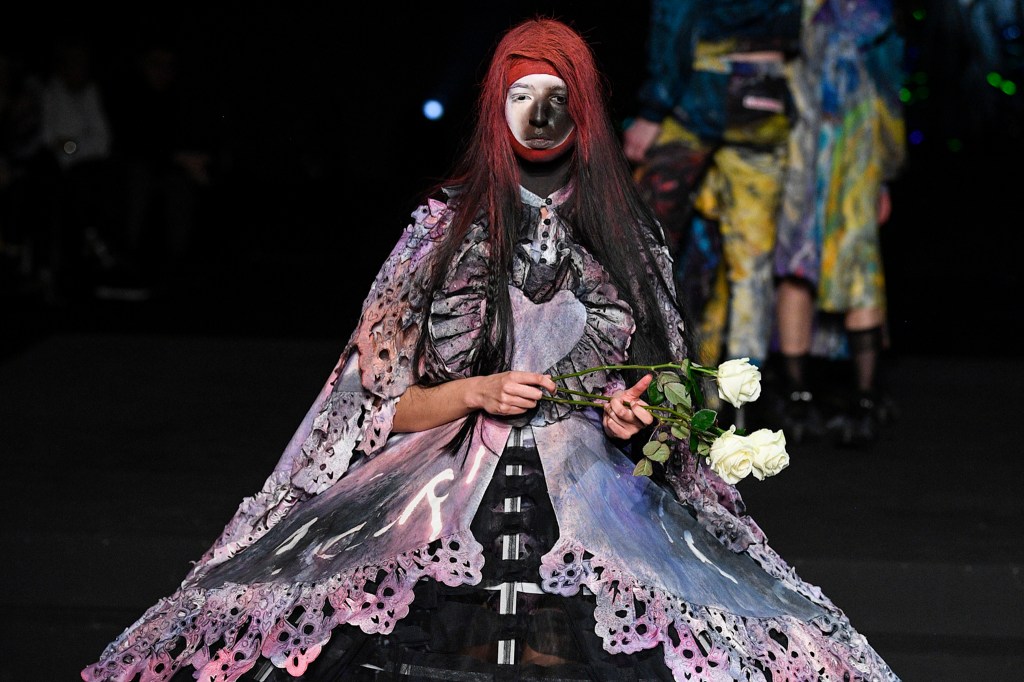 For Browns’ Petersson, ongoing mentoring and involving designers “in projects or collaborations beyond their chosen categories to allow for additional income that is not dependent on their production stream” are some other ways to offer support.

Throughout the week, Browns has been publishing content in partnership with the British Fashion Council that spotlights talent like Alighieri’s Rosh Mahtani, Richard Quinn, Michael Halpern and Bethany Williams among others, to offer insights into the worlds of these designers.

And when it comes to the media, it’s also important to consider that too much exposure early on can have reverse effects.

“There’s a voracious demand to keep covering designers when they first start. But sometimes they need a few seasons to make mistakes. The strong ones survive the merry-go-round, but there’s a responsibility on press to understand what they’re promoting when talking about these designers and a lesson [to be learnt] for designers on how much they want to give away, before they fully understand what they want to say,” said Verkade.

Could Carine Roitfeld’s Virtual Fashion Show Be a Blueprint for Fashion Weeks?

Paris Jumps Ahead of Milan with its Own Digital Fashion Week

WATCH: Art in the Time of Coronavirus