An exhibit on the fashion icon's life opens today at the Embankment Galleries at Somerset House.

By Samantha Conti and Julia Neel on November 20, 2013
View Slideshow 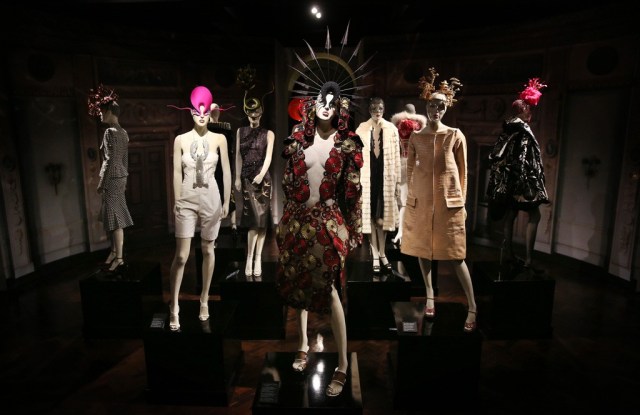 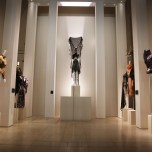 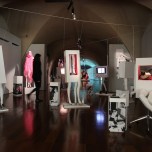 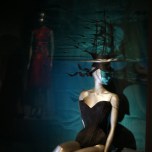 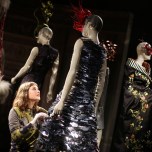 Her life may have been pierced with sadness, and her tastes may have veered toward the Gothic, but there is no question among the curators of a new exhibition here that Blow — who committed suicide in 2007 after years of battling depression — gave a jolt to the fashion industry of the Nineties and early Aughts.

“Isabella Blow: Fashion Galore!” is a joyful journey through the life — writ large, in pink ink — of the fashion editor, stylist, muse and patron, who offered moral, creative and sometimes financial support to a generation of British and international talent. These included, most importantly, Lee Alexander McQueen and Philip Treacy.

“We really wanted to challenge the idea that her life story was undeniably related to the Gothic. This biography was tragic, yes, but it was so much richer than that. She was funny — she had a really bawdy sense of humor, a very British sense of humor,” said the fashion historian Alistair O’Neill, who cocurated the show with Shonagh Marshall.

Organized in partnership with the Isabella Blow Foundation, which promotes British fashion and funds charities that aim to promote mental well-being, and Central Saint Martins, the show opens today at the Embankment Galleries at Somerset House.

Blow was famous for her enthusiastic hospitality and that same spirit was at play on Tuesday night during the opening party for the exhibition. The mood was jubilant as the likes of Boy George and Nick Rhodes took in the displays, and Treacy stood head-to-head with Grace Jones in deep discussion in front of a film of McQueen’s graduate collection of 1992.

Stella Tennant and Plum Sykes, both of whom were discovered by Blow, were there. Sykes posed with good humour in front of prints of the 1993 British Vogue shoot by Steven Meisel in which she appeared; Tennant impossibly tall in a fur coat.

Nicholas Kirkwood recalled the days during his time working for Treacy, before he founded his own footwear label, when he lived with Blow in Waterloo. “It was only for a month or so, while her regular lodger was off traveling somewhere, but it was great. Very Izzy,” he said. “There were ‘rats’ pinned to the wall and a giant see-through bath that took an age to fill. She would get dressed in the morning in all her regalia and then just go down the caff for a bite or go and have tea with Philip on Elizabeth Street.”

O’Neill and Marshall worked with more than 100 pieces from Blow’s archive, which is now owned by her longtime friend Daphne Guinness. Marshall had originally archived Blow’s wardrobe for Guinness in 2011-12.

“This exhibition is, to me, a bittersweet event,” said Guinness. “When I visited her beloved clothes in a storage room in South Kensington, it seemed quite clear the collection would be of immense value to a great many people.…I am doing this in memory of a dear friend, in the hope that her legacy may continue to aid and inspire generations of designers to come.”

O’Neill said he believes that Blow’s fashion aesthetic was more about the future than the past.

“She was about futurism, technical fabrics, dresses that fly and Space Age imagery in her editorial shoots,” he said. “She was progressive, trying to push fashion forward, a patron of contemporary fashion, but a patron in the sense that she encouraged learning, she was keen on feeding designers ideas, and she nurtured them in very important ways.”

O’Neill said it was Blow who brought to Treacy’s attention the little-known, late 18th-century tradition of ladies wearing models of galleons in their hair to celebrate Britain’s victories on the seas. It was Blow, he said, who organized falconry lessons for McQueen — who loved birds of prey — on the grounds of Hilles House, her husband Detmar Blow’s estate in Gloucestershire, England.

In January, Somerset House will stage a show around the theme of falconry to tie in with the Blow exhibition.

The show spotlights other examples of Blow’s impact on the fashion designers of her day: One room is dotted with pieces from McQueen’s fall 1996 Dante collection, which was dedicated to Blow. A few years earlier, she had purchased his Central Saint Martins graduate collection, paying for it in installments. Another room showcases Treacy’s fall 1996 collection, which Blow styled.

Blow’s keen eye — her talent for spotting talent, and for seeing harmony among chaos — is another big focus.

“We wanted to honor how the clothes were worn by Isabella,” said O’Neill. “She was very studied in her approach to clothes and she understood how to achieve balance and poise in an outfit. She was very invested in cut, proportion and silhouette.”

None of the clothing is shown behind glass or barriers, which brings the show to life and conjures a great sense of intimacy. It’s time spent in a friend’s walk-in closet rather than a dutiful trudge through an archive.

Among the highlights is the billowing, multicolored Jellyfish Cape by Yoshiki Hishinuma from 1999, shown here with a wind machine blowing life into it, and the rich red velvet floor-length coat by Deborah Milner, which made Blow look as if she’d stepped out of a painting by Toulouse-Lautrec.

Another part of the show has to do with the props in Blow’s life: The wildly mismatched pairs of shoes — which proved to be a real conversation starter when she met Andy Warhol in New York in the Eighties; Blow’s Rolodex, its entries written in her signature pink ink, and a long faxed letter from the Sunday Times of London querying her famously dubious expense reports from fashion shoots.

Set designer Shona Heath has created three themed dioramas showcasing Blow’s accessories. The sparkling lobster hat by Erik Halley crawls across a seabed while Treacy’s black galleon hat — the one that adorned Blow’s coffin — floats on the surface of a faux sea.

There are family photos and newspaper clippings, too. Blow’s aristocratic Delves Broughton clan dates to the 14th century, and she grew up on the grounds of her family’s estate, Doddington Hall in Cheshire, England.

The show is filled with images from her fashion shoots for Vogue and Tatler as well as dreamy, blurred photographs of Blow by Nick Knight, who shot new images of the Isabella Blow Collection for the catalogue (Rizzoli) that accompanies the show.

“Fashion Galore!” closes with pieces from La Dame Bleue, the spring 2008 collection that McQueen and Treacy dedicated to her after her death.

Blow’s legacy lives on in more ways: The gift shop is packed with Blow tributes such as boxes of Fracas, her signature scent, a capsule collection of Nars makeup in her favorite colors and laser-cut, bejeweled lobster necklaces by Tatty Devine.