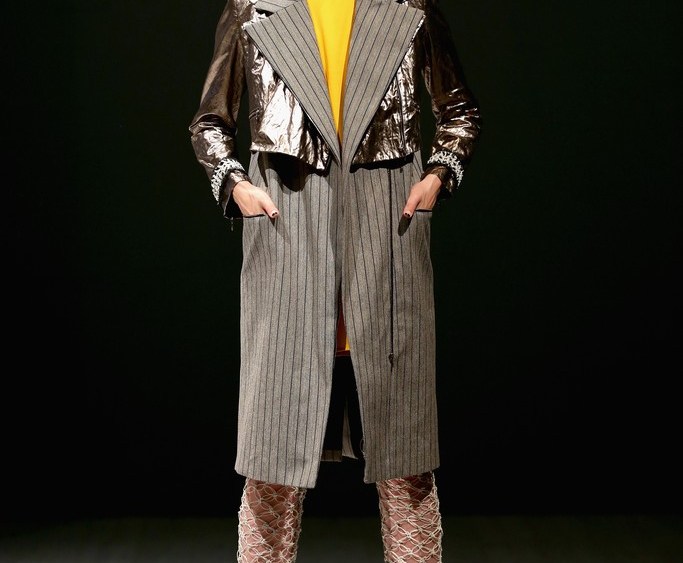 Issever Bahri’s Derya Issever and Cimen Bachri, who draw from their Turkish roots each season, showed spring to a remix of the “Star Trek” theme tune. Citing the “Turksploitation” movie genre — 1970’s Turkish productions that borrowed from and liberally reinterpreted blockbusters like “Star Wars” and “Superman” — as the inspiration, the lineup included such looks as high-waisted HotPants and cropped trousers featuring prominent zippers and trimmed pockets. Red and gold crocheted concentric circles were placed on superhero sweatshirts, while mint green versions of the same detail served as shoulder adornments on a metallic jacket. As Issever put it, “Last season’s collection was so calm, so we wanted something a little livelier.”