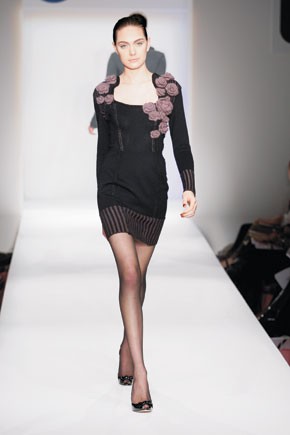 The fashion-school show circuit may be nearing its end, but that doesn’t mean the pool of talented seniors is dwindling. Far from it. At Otis College of Art and Design, for instance, the designers took their cues from mentors ranging from Trina Turk and John Varvatos for Converse to the teams at Abercrombie & Fitch and Nike. Those under the tutelage of Monique Lhuillier, Libertine’s Johnson Hartig and Max Studio’s Leon Max, however, were considered the ones to beat. Case in point: Ashley Yang’s asymmetric rendition of a classic white shirt for Max. The students at the Rhode Island School of Design, meanwhile, despite their art-school setting, offered up some decidedly commercial — if perhaps too safe — wares, the best of which were Hollis Daniel’s Southwestern fare and Jenny Park’s geometric jackets that played on ideas of transparency. Meanwhile, over at the Fashion Institute of Technology, the graduates nicely flaunted their talents in a number of markets, from sportswear to lingerie to special occasion dressing. The strongest styles were in knitwear — Chelsea Knox’s snug, rosette-embellished sweater dress; Sylvia Chung’s lush mohair cardigan tossed over an organza-and-metallic frock — that proved there’s more to the category than the simple one-knit wonder.