It’s a dog-eat-dog world out there, but Italian trade show producers seek to offer up the best in show. 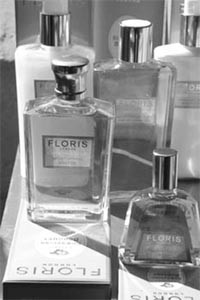 Italy is renown for orchestrating fairs that are capable of luring buyers with desirable product and that are the most coveted choices of many a retailer. However, the Italian trade shows have experienced adversity in the last year, such as economic difficulty and plummeting exchange rates, forcing fair organizers to strive not to be bigger and better, but rather more specialized and focused on their strengths of creativity and quality.

“Trade shows have to be better timed and more specialized. It doesn’t matter if the show is Pitti Uomo or Pitti Casa, the concept has to remain the absolute same — that there is all the best you can find in the market,” Pitti Immagine general manager Raffaello Napoleone said. “We have to be much more helpful than in the past.”

In Florence, the Pitti lineup of shows roll on with a few minor changes. Pitti Immagine Casa has been transformed into a single yearly edition, slotted into the peak of the European home textiles trade fair season and kicking off the rest of the Pitti Immagine winter shows, which take place Jan. 30-Feb. 1 at the Fortezza da Basso. Napoleone said the move was arranged specifically so buyers could take in another two home trade shows in Europe shortly after the Pitti offer.

Originally a part of the Pitti Immagine Casa fair, a new exhibition of regional Italian perfumes has begun its own calendar in a separate show, Fragranze, to be held annually at a villa in central Florence in October.

Meanwhile in Northern Italy, two smaller fairs, Ideabiella and Prato Expo, celebrated their 50th editions (25 years) in 2003, which organizers said raised the spirits of the textile community in spite of the tough year ahead.

Ideabiella’s organizers said they are sure they have honed a formula that serves everyone involved.

“Ideabiella has not changed its formula over the past 25 years because it was so well built and it still very much works today,” said Paolo Zegna, president of Ideabiella and co-chief executive of Ermenegildo Zegna. This year’s edition of Ideabiella will be held March 1-3.

Prato Expo organizers reported that the readjustment of timing to be last in the calendar (this year, on Feb. 19-21 in the Fortezza da Basso) is working to their advantage. President Franco Bini said exhibitors embraced the opportunity to have their complete collection ready for buyers who now look for the latest possible chance to purchase fabric.

Another Italian show celebrating in 2003 was textile and accessory fair Moda In (Fiera Milano, Feb. 9-11), which had its 20th birthday (40 editions) last September.

President of S.I.TEX-Moda In, Max Dubini, said he noticed a strong sense of optimism coming from exhibitors, who needed to join together to ensure the future success of Italian textile fairs.

“All Italian textile exhibitors are well aware of how a joint and prompt effort to face market threats is necessary to present us as a single unit to the world buyers. Let’s hope that by next year, we can succeed in streamlining all Italian textile exhibitions in order to present the national and international market with the rest of the Made in Europe textiles in one week only,” Dubini said.

Other fair exhibitors have adopted a simpler approach to increase the success of their shows.

After beginning its exhibitions in Como, yarn exhibition Filo has moved its show to exhibition space Superstudio Più in Milan. The reason behind the move, according to director Gianni Bologna, is so that buyers can access the fair more easily.

“Lake Como is probably the most beautiful fair space in the world, but in this critical moment, buyers need to be able to get to a fair quickly to see what they need to see. Superstudio Più in Milan is near to public transport, close to two airports and a big city — it serves the customers better,” Bologna explained.

For the next edition, March 31-April 1, Filo will be run in conjunction with Nextex, a separate exhibition that will showcase the technological side of weaving machinery in a series of lectures and exhibitors.

“I don’t know what the answer to increase fair attendance is in these difficult times, but Filo plans on showing the customer more software — not just pictures of what the industry has to offer but the machinery itself,” Bologna added.

Closing up the first fair season will be eyewear show MIDO at Fiera Milano on May 7-9.