A love of theater, dance and performance fueled the Parsons-grad and Thom Browne-alum's ready-to-wear line. 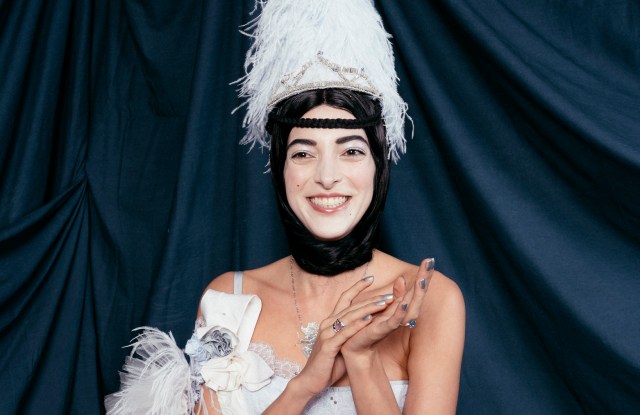 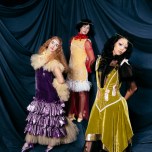 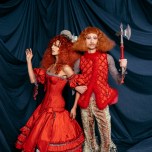 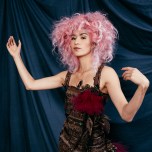 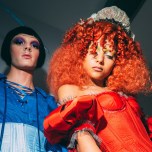 On Tuesday evening, young designer Jackson Wiederhoeft unveiled his namesake brand “Wiederhoeft” at a theatrical ballet performance-cum-fashion-show for his spring 2020 collection titled, “Spooky Couture.” The collection marks the designer’s first on his own, having recently left a three-year design position at Thom Browne following his graduation from Parsons School of Design in 2016, where he won “Women’s Designer of the Year.”

“I feel like I got my master’s degree, in a sense, there,” Wiederhoeft mused of his time at Thom Browne, where he focused on hand-embroidered garments within the women’s runway collections. “When I left Thom, I thought I was going to do this on nights and weekends while at another job and eventually do this [full-time], but then I was thinking, ‘it’s never going to get any easier,’ and I’m dying to do something. Plus, I have so many friends who are going to be great collaborators,” he explained.

For his debut collection, the designer worked with prior connections like Geri Gerard as well as factories in India to produce his collection out of his Bay Ridge, Brooklyn, N.Y. studio, where the designer also resides. Wiederhoeft collaborated with former Steven Jones Milliner, Vivienne Lake, to produce ornate headpieces for the performance, in addition to choreography by Paul Zivkovich, makeup by MAC’s Raisa Flowers, hair and wigs by TRESemmé’s Sean Bennett and countless other collaborators. “So many pleasant, wonderful people,” he exclaimed during a walk-through of his designs, adding that, “the day of the show was so easy, everyone is so chill and good at what they do.”

For the spring collection itself, Wiederhoeft’s love of theater, dance and performance fueled his work. His designs mixed fairy-tale ideas into bespoke, intricate garments piled with tulle, velvet and lace. Texture aplenty, came both elaborate — tiered gowns in white and red fastened at the waist with impeccable corsetry or a brown dress composed of layers of ribbons and lace both vintage and new sourced from India, New York, Japan, Italy — and “commercial.” For instance, his three “cherubs” who donned ballet shoe, spider and cherub-motif embroidered velvet frocks atop poufed sheer dresses and slinky, embroidered bikinis. “His own brand of buffoonery,” show notes posed.

“The live performance aspect to me is so magical, seeing the clothes come to life in that way, there’s nothing like it,” Wiederhoeft expressed, adding that the focus of his show wasn’t about making commercial pieces, but more about getting the word out. Looking toward the future, the designer hopes for retail growth, but also sees a custom, direct-to-client type of relationship due to the nature of his pieces, which range from around $2,000 to $6,000. ”I hope to grow both sides of the business, but for me, the custom one-off pieces are so important as well…Ts where I get really excited,” Wiederhoeft declared.