"It's going to be epic," promised the designer, who is moving his fast-growing business into new headquarters in Paris.

PARIS — Simon Porte Jacquemus is surveying a vast empty room on the first floor of a town house in the tony 8th arrondissement of Paris.

Up on the fourth floor, a clutch of staffers with laptops sit at a couple of trestle tables in a similarly bare space — the first occupants of what will be the 29-year-old designer’s headquarters as he prepares to celebrate a decade in business.

“We had to move because we outgrew our old space. I no longer had an office of my own, and people were sitting six to a desk. Our whole building was the same size as a single floor in this one,” he mused, referring to his previous office in the edgy Canal Saint-Martin district in the east of Paris.

“Business has boomed since the ‘La Bomba’ collection for spring 2018. Revenues have virtually doubled for every summer collection,” Jacquemus added. 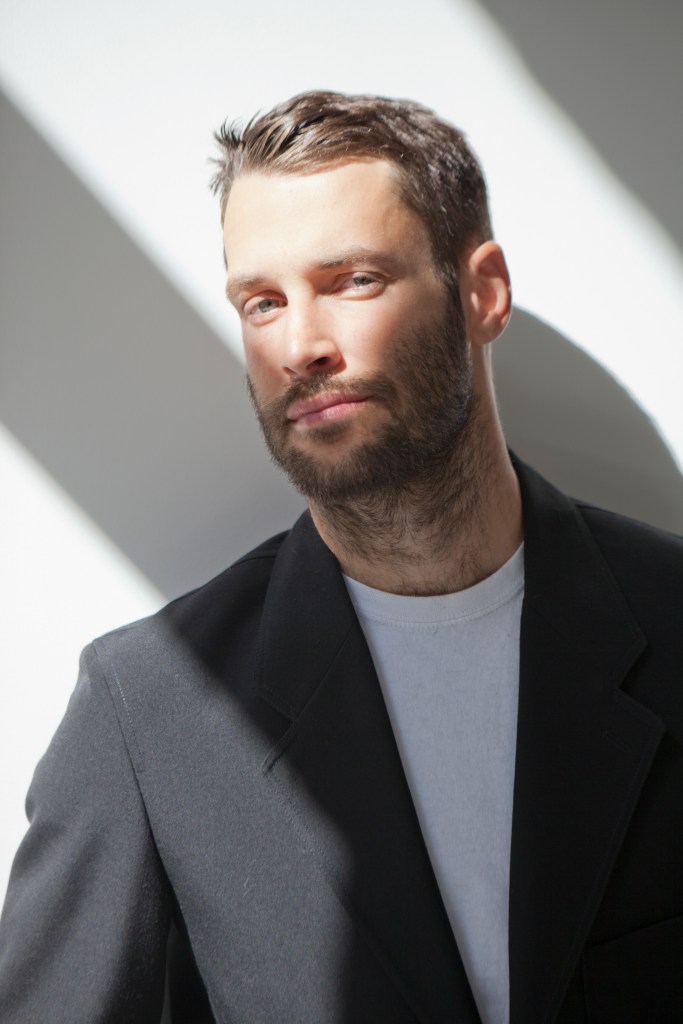 Come late June, a showroom space on the ground floor will welcome buyers for the spring 2020 selling session, though they will have to travel slightly farther afield to see the collection on the runway.

To celebrate the anniversary, the designer known for his oversized sun hats and clingy dresses plans another sun-drenched extravaganza: His first joint women’s and men’s show, to be staged on June 24 at an undisclosed location in Provence, the region where he was born and that is core to the DNA of his fast-growing brand.

“I couldn’t picture myself in Paris at all — it had to be at home in Provence. It’s going to be epic. It’s a mind-blowing place,” he promised of the display, set to take place the day after the close of the Paris men’s season. Among his team, there was some debate whether celebrating the anniversary was old-fashioned.

“But I was sure that we should mark it, because it’s part of the history of the brand and my personal story. I started at 19, I’m 29 now. How do I feel? Pretty good. It’s weird. It’s a lot of things. But I think this is going to be a new start for us, not just because of the anniversary, but because of the move,” he explained.

It won’t be the first time the plucky designer has lured editors away from the French capital. In 2017, he kicked off the OpenMyMed festival by staging a show on a soaring flat footbridge over the Mediterranean port of Marseille, and a year later he unveiled his first men’s collection on a secluded beach not far from that city. 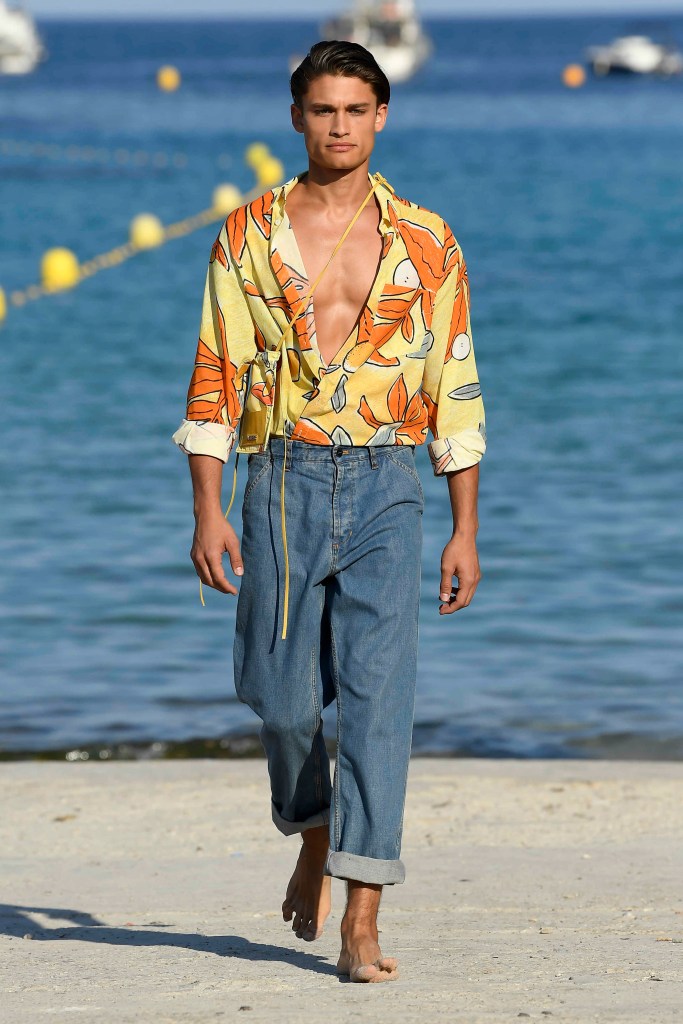 Jacquemus admits that staging the men’s show in the remote location, where guests sat on blue towels as locals bobbed in the water, was a learning experience. “I think we will be much more efficient this time in terms of organization,” he said.

Indeed, his flair for production was evident at his last show. Staged on a town square set worthy of a film backdrop, it triggered speculation that Jacquemus had joined forces with a deep-pocketed investor, though he clarified it was fully self-financed and he remains the sole owner of the business, which now employs between 50 and 60 people.

“This was no ego trip with money — I think that would be in very poor taste. I just wanted to create a cinematic experience,” he explained. “This year, I was supposed to make a movie and I wasn’t able to do it, so I think I have to have even more fun with my fashion.”

The title of the collection, “La Collectionneuse,” was a nod to French director Éric Rohmer’s 1967 film of the same name. “There is always that connection with cinema, because cinema is about image and for me, fashion is about image,” Jacquemus said.

Most guests assumed that his imaginary Place Jacquemus, with its colorful houses and fake storefronts, was another reference to his native South of France, but the designer said he actually looked a little farther: the island of Murano near Venice.

Jacquemus explained that although the hedonistic styles of his last few collections have been snapped up by celebrities like Rihanna and Kylie Jenner, he is wary of being labeled.

“I feel like people in the industry were saying, ‘OK, he does sexy dresses.’ First of all, my dresses were not only sexy, they were well-cut, there was a concept behind them. But I wasn’t satisfied. I felt that people thought I always told the same story, so I wanted to change course and try to redefine this Jacquemus woman,” he said.

“It ended up being a sort of preview of the 10th anniversary because I tried to mix that sensuality with something more playful, geometric and tailored,” he added. 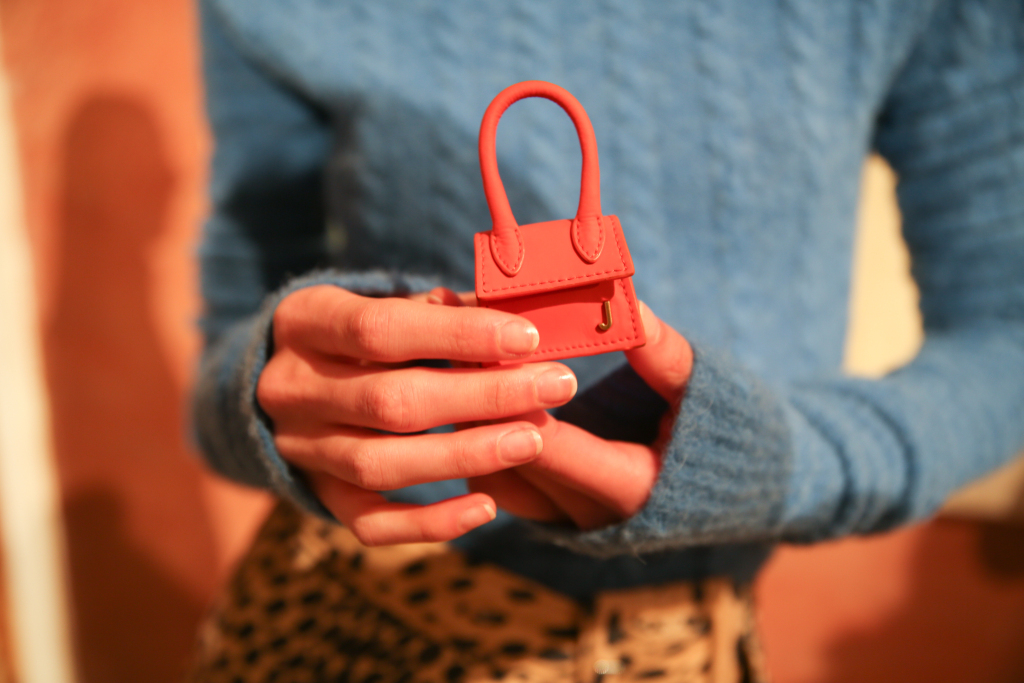 The “It” bag of the season was a style so small, he joked backstage that it could only fit an aspirin. “I wanted us to poke fun at ourselves,” Jacquemus explained. “Even if it’s technically functional, since the bag does open, it’s meant to be leather jewelry. I have never had as much press coverage about an item as with this micro bag.”

He takes an instinctive approach to design, trusting his gut feeling. “If I feel like a collection should have 45 dresses and two pairs of pants, then that’s what we have to do,” he said.

Still, he admits to being thin-skinned at times. He was hurt by reactions to his debut men’s wear collection, a take on the “gadjo” boys of Southern France featuring looks like a sky-blue tracksuit and sunflower-printed shirts that some critics derided as basic.

“To be honest, I was a little bitter after the show because there were a lot of comments, and it’s true that I sometimes let myself be influenced by other people’s opinions. I am happy to get the real feedback today in terms of sales and to see men actually wearing the clothes. That’s amazing,” he added.

“And that’s the only thing that reassures me, not only as a company owner, but also as a designer. When business is thriving, I feel good,” Jacquemus said.

He starts each day by checking the sales of his web site, which passed the million-euro mark within the first quarter. The brand has around 250 physical and online wholesale accounts worldwide, with women’s wear still accounting for the bulk of the business.

“People come to us for specific things, whether it’s a mini bag, a backless dress or a men’s shirt with a Matisse-inspired print,” he noted. “Unlike many other brands, I sell almost no T-shirts and sweatshirts. On the contrary, I sell more leather bags and straw hats than I do T-shirts.” 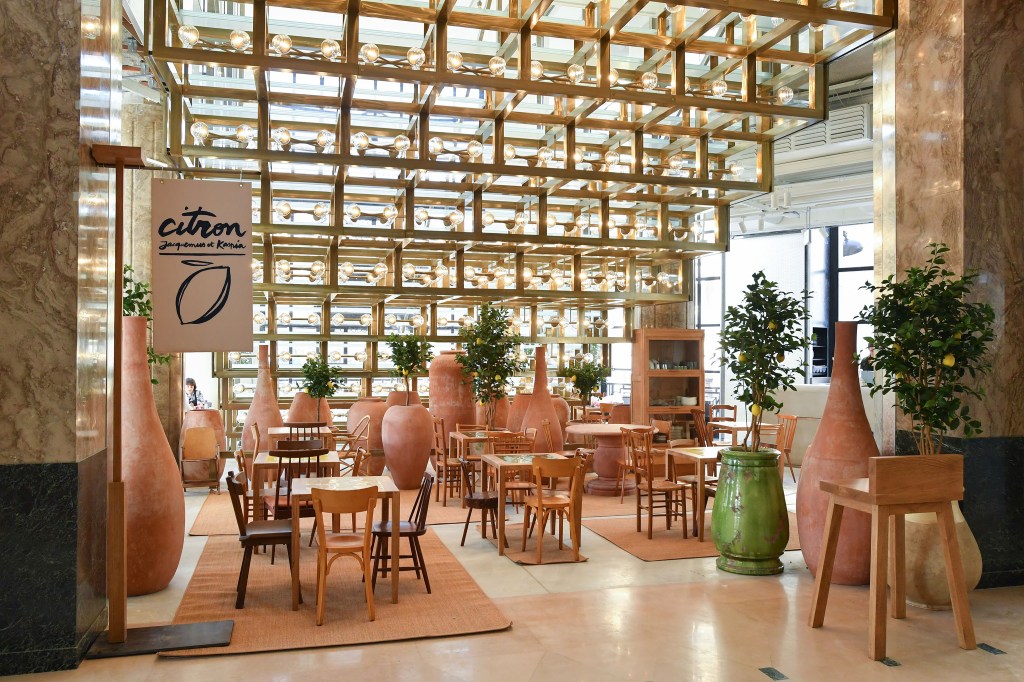 Likewise, there are queues to get into Citron, the Provençal-style café he designed in collaboration with Caviar Kaspia at the Galeries Lafayette flagship on the Avenue des Champs-Elysées, and for which he devised everything from the menu to the napkins.

A more upscale 50-seat restaurant, Oursin, is set to open at the department store, though Jacquemus plans no further locations at this time. Neither does he intend to open a stand-alone store anytime soon — though the fake Jacquemus shop window he created for his show demonstrated he has given it some thought.

“When I see how retail performs, you simply can’t match the global reach of an online store,” he mused. “Is it not enough to have a space like Citron to give people a taste of the Jacquemus spirit, even if it’s only partial? I wonder if it still means something to my generation to have a store? I don’t know.”

Celebrating his 10th anniversary, at an age when other designers are just getting started, has prompted a wave of soul-searching for the designer, who trades on an outgoing Instagram persona but comes across as thoughtful and quiet in person.

He launched his label after dropping out of fashion school, prompted by his mother’s untimely death (Jacquemus is her maiden name.) The business has become even more of a family affair since he now employs his father, stepmother, aunt and best friend in their village of Charleval, where he opened a logistics center last year.

“It’s a lot of work and a lot of sacrifice, because I’m still independent,” he said, adding that his conversations with potential investors have remained fruitless so far. “I talk to a lot of people, but I have a strong character. Anyway, I’m going to stay independent. I’m never going to work for anyone.”

Having won the Special Jury Prize in the annual awards held by LVMH Moët Hennessy Louis Vuitton, the designer’s name is regularly put forward in the ongoing game of musical chairs at major houses, but Jacquemus cultivates a maverick persona that recalls that of his sometime mentor Pierre Cardin. “I still don’t see any worthwhile candidate,” he said of potential employers.

“Sorry to say this, but when I look around, I think I’m incredibly lucky. I tell myself that as a designer, I enjoy a priceless luxury that no annual salary of 30 million euros could equate,” he said. “It’s not always rosy, so I tell myself that all the time.” 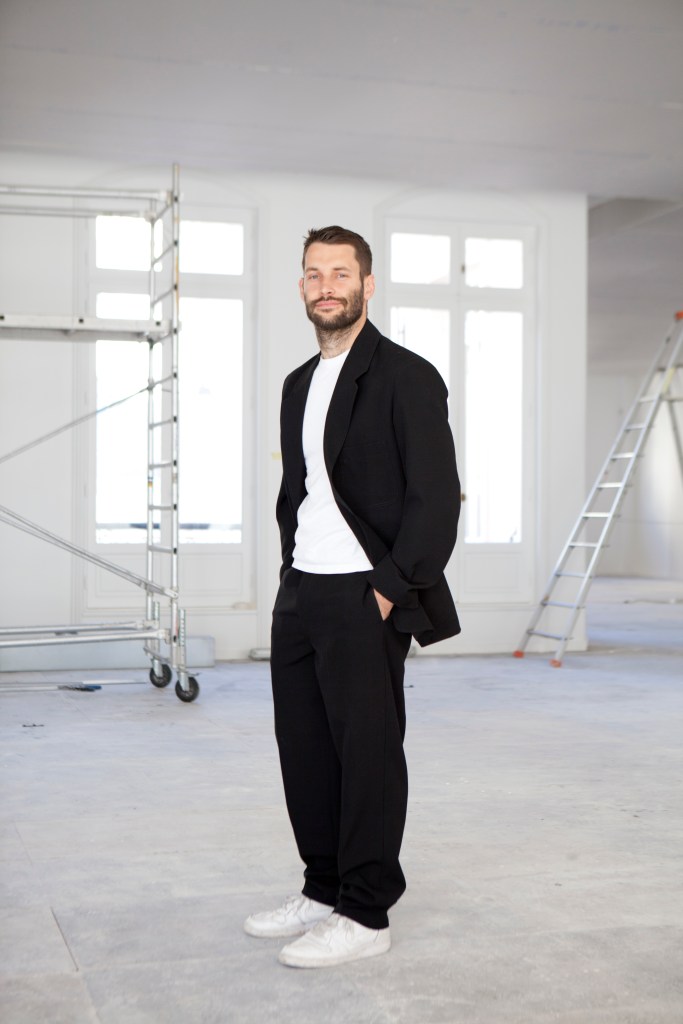 His greatest achievement, he said, was forming a tight-knit group of employees around the brand. “I love the journey, all these men and women with whom I have built this,” he said. “Some people joined as interns and now hold important jobs, so that’s something I’m really proud of, because that’s what moves me the most.”

His greatest challenge is being both creative director and chief executive officer of his brand.

“I could be crying my eyes out and feeling bad, and perhaps less creative, but in three months’ time, I have a collection to sell, and if I don’t sell it, that’s a problem. And to me that says a lot about our job, which is both very creative and very formatted,” he said.

“What am I missing? Nothing and everything, because I’m always running after something that I can’t quite grasp,” he added. “My brand is my name, it’s my mother’s name — it’s not for sale in any sense of the word.”

His affinity lies squarely with entrepreneurs like Adrian Joffe, who gave him a job as a sales assistant at Comme des Garçons early in his career, and his creative godmother Isabel Marant, whose label is credited with inventing the bohemian Parisienne hipster-meets-tomboy look.

“I like being in between an Isabel Marant and an Adrian Joffe — I think it’s a good balance in many respects,” Jacquemus said. “I am both designer and entrepreneur. I am not one without the other. That would make me unhappy.”