A memorial service for Daugherty, one of the first African-American designers to have his own collection on Seventh Avenue, is scheduled for June 19. 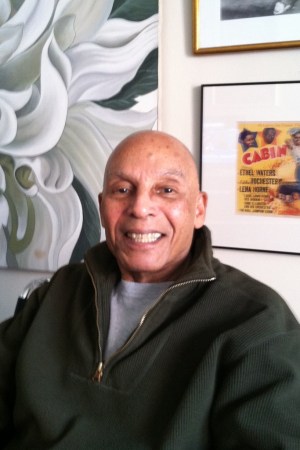 A memorial service for fashion designer James Daugherty will be held at 6 p.m. on June 19 at Calvary-St. George’s Episcopal Church in Manhattan.

Daugherty, 85, one of the first African-American designers to have his own collection on Seventh Avenue, died of a heart attack in New York on May 12. In the Seventies, Daugherty was considered a peer of African-American pioneers Scott Barrie and Stephen Burrows. In 1974, Daugherty launched his self-named business after working as a sketch artist for celebrated costume designer Edith Head, then sketching for director Vincente Minnelli, Bill Blass, Anne Klein and Liz Claiborne; working as a design assistant for Pat Sandler of Highlight, and as a designer for Jerry Silverman. While at Silverman, he created an embroidery-detailed, Empire-waisted yellow satin dress with a big inverted pleat for Lynda Johnson Robb, one of President Lyndon Johnson’s two daughters. Estée Lauder was also a client. By 1976, his own firm, backed by Seventh Avenue stalwart Ben Shaw, had 500 accounts nationwide. Daugherty’s designs were featured in Vogue, Harper’s Bazaar and Ebony magazines.

He had come a long way.

Daugherty was born in Los Angeles, the son of James Sr. and Pollyanna Daugherty, who were, respectively, a maintenance man and a maid. “They did not have much money, but the ladies my grandmother worked for handed down all of their clothes,” Daugherty’s daughter, Denise Orso, said. “My grandmother altered them and was always very stylish. That is probably where my father got his inspiration to work in fashion design.”

From an early age, in fact, he was fascinated by his mother’s off-duty style, and he sketched her wearing the pieces — crepe dresses, veiled hats, even fox-fur chubbies — she had been given. She brought him to meet the costume designer Irene when he was 10. Daugherty attended the Chouinard Art Institute, which later became part of CalArts, then went to work as a janitor at the Writers Building at Warner Bros. Studios. He was soon noticed for his outstanding cleaning skills. But he had an entirely different profession in mind, and he left sketches of designs meant for the stars on executives’ desks. This gambit didn’t pay off, but a friend got Daugherty an interview with Head, and he went to work for her. After leaving Highlight, he told The Daily News in 1976, he would arrange interviews on the phone. However, “when prospective employers saw me, their faces would drop and they’d utter some silly excuse why I wasn’t qualified,” he said. “I was determined not to let my color be my downfall.”

Orso called her father “a kind, soft-spoken man who loved people and enjoyed life,” and added, “I never heard him raise his voice.” He was vibrant and fit, looking much younger than he was.

In October 1974, Daugherty showed his first collection, for resort, and told WWD, “I still believe a woman likes to show her figure, and that’s the reason I like the wrap.” In August 1976, Daugherty had his first trunk show at Lou Lattimore in Dallas and noted, “The ladies seem to like my clothes. What they want is something not complicated, and that’s what my clothes are — nothing strange about them. They’re quiet clothes, not garish.” The collection included such looks as a halter-back cocktail dress with a fringed shawl and a slim, synthetic suede street dress. In November of that year, Daugherty was named Designer of the Year by the Fashion Sales Guild. Head ordered extensively from his collection for her own wardrobe. He was known as a dress designer, but his other collections from that decade also included unstructured tops over swirling skirts; liquid jumpsuits, and long, fluid tunics over pants.

Daugherty’s company filed for bankruptcy in 1979, and he became the designer for Rona. He remained in the dress business, designing the Maggy Boutique Division of Maggy London from 1984 until 1987, when he became a designer for the moderate dress company R&K. “We really went after a younger look, which is what women want today,” he said at the time. “Sleeve treatments have become much more important.”

From 2003 until his death, Daugherty was an adjunct instructor in the Fashion Design Art department at the Fashion Institute of Technology. As Orso put it, “He was simply someone who didn’t want to retire.”

Daugherty married Ursula Lewis in California in 1950. But even after they divorced, and he left for New York, Orso said, “He kept in constant contact. He didn’t miss one special occasion — not a birthday, not my Sweet Sixteen, debutante ball nor the birth of my children. He was a good father, and he was always there for me.” He also designed her debutante and wedding dresses.