It will be available at retail for spring 2016. 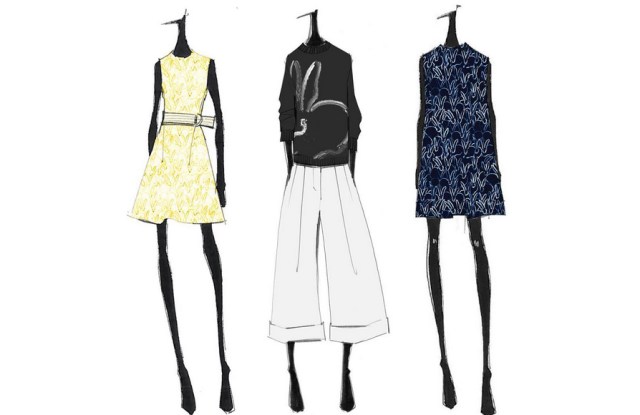 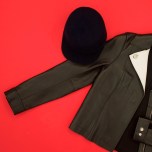 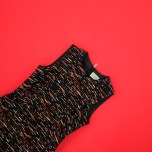 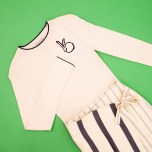 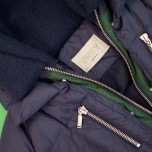 On Tuesday morning, Jason Wu revealed via Instagram that he’s been working on a new label, Grey Jason Wu, for the past 12 months. The company confirmed that the “sister” label  — read: less expensive — to his main collection will launch for spring 2016, available in June at select retailers and through the collection’s Web site greyjasonwu.com. It’s named after his favorite color.

Wu posted a photo of several tags bearing the line’s new logo with the caption “Introducing #GreyJasonWu, a new sister label I’ve created that has been under wraps for the last 12 months. Very excited to finally share it with everyone — more to come soon” to the 314,000 followers of his official account, who were encouraged to follow @greyjasonwu for updates. The new line’s Instagram feed had 471 followers at press time and featured photos of sketches of looks from the Grey collection.

Two-dimensional drawings are tough to parse, but there appeared to be printed shirtdresses, a shift or two, a pair of wide-leg cropped white pants. Wu gave more detail via captions, stating that the collection was “born from his desire to dress his friends, inspired by their dynamic personal styles.” Another quoted Wu: “As the Jason Wu collection evolved over the last few years, I felt that there was room for a sister collection that very much addressed the needs of women who look for a beautiful, seasonless wardrobe that is neither too edgy or sweet.” Apparently bunnies are neither edgy nor sweet, as yet another caption revealed that Wu worked with artist Hunt Slonem on bunny-printed chiffon, a multicolored jacquard and embroidered knits featuring bunny motifs.

The collection is made from Italian and Japanese fabrics and features whimsical details, such as trompe l’oeil pockets and contrast top stitching. Prices range from $295 to $1,395.

Grey is not Wu’s first flirtation with a secondary collection. In 2012, he launched a contemporary collection called Miss Wu, which retailed exclusively at Nordstrom, with prices ranging from roughly $200 to $800. Miss Wu is no longer in production. Earlier that year Wu also did a Target collaboration. Grey Jason Wu will be the third fashion collection under Wu’s purview. He is also Hugo Boss’s artistic director of women’s design, a position he’s held since 2013.