He's streamlining his collection into two key messages per year. 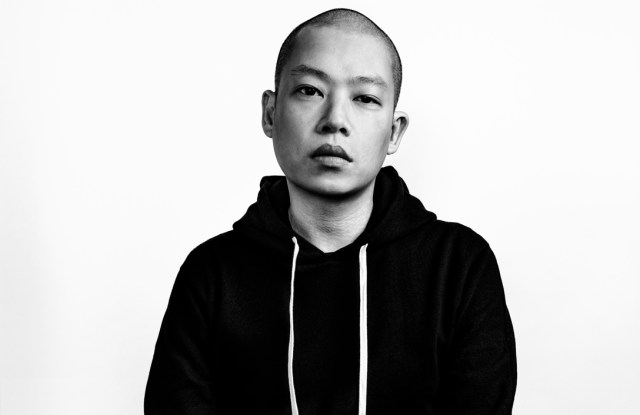 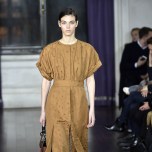 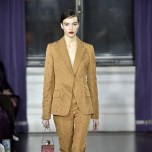 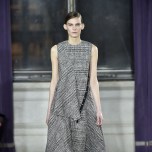 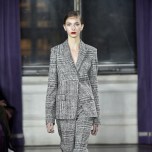 Jason Wu’s name will not be on the resort schedule this season. Instead of showing the collection to press during the late May-early June schedule, he will show his resort collection during his spring runway show. Pre-fall will be combined with Wu’s fall runway collection, although he will continue to show the pre-seasons to buyers during the traditional markets.

This shift is the latest in a series of baby steps Wu has taken — including scaling back his runway show to a small, intimate production — to alleviate some of the confusion and clutter that has bogged down the luxury market.

“People are basically inundated with too many things and too many stories,” he said. “The fast-fashion world can turn product around so quickly, and it’s not very expensive product, but I don’t think luxury should try to compete with that. It doesn’t make sense.”

Essentually Wu is streamlining his message to two key stories a year — spring and fall — instead of four. He’ll have the same amount of product for the resort delivery, which will be called spring one and it will be designed to coordinate with the runway collection, something that he finds liberating from a creative perspective.

“I feel so much better,” he said. “Right now I’m almost done with what I’m going to present to the buyers in two weeks. Generally what would happen is I would just take everything off the inspiration board and start again. This time I feel like I have enough time to make a more compelling story. Because the truth is, who can really design four collections a year in a way that can truly be meaningful?” In his case, he also designs Boss women’s and his secondary line, Grey Jason Wu.

It’s a decisive move at a time when the industry is waffling about how to contain the bubble it’s built through ever-increasing collections and media frenzies. Some designers have experimented with see-now-buy-now. Some, including Wu, have tried withholding pre-collection photos until the collection is in store, while showing it to press and buyers months in advance.

“I just feel like the consumer is lost,” Wu said. “What this does is it causes more clarity between the press and the consumers….Withholding the pictures was great for the consumers because they would see the product being publicized the week it’s in stores. And it would be fresh product versus four or five months old pictures. But I think the way we’re streamlining things is just going to make things even more clear for the consumers.”

He speaks from experience. Part of his focus this year has been going on the road for personal appearances and trunk shows. He thinks the future of luxury is in personalized services. “I was just in San Francisco last week doing a special event. We were in Texas two weeks ago, and then before that I was in Boston — all for different stores that are client-specific. And what I’ve learned from my clients is that they don’t really know what they’re looking at — especially when they’re buying at this price point — they have so many things thrown at them every three months.”

Asked if he was tempted to align his runway show to the June/July markets like Proenza Schouler and Rodarte are doing by taking their shows to Paris in order to capitalize on sales, Wu said Paris was out of the question.

“I’m an American designer,” he said. “My roots are in New York, and I never considered showing anywhere else. But as for the idea of doing a presentation in June instead, after many discussions with retailers and just based on aligning global schedules with everyone’s travels,  I think the way I’m doing it allows people to come in, conduct their business and not be disturbed.”