Jason Wu, the most conspicuous member of Michelle Obama's fashion tribe, relocates his office and expands in all directions. 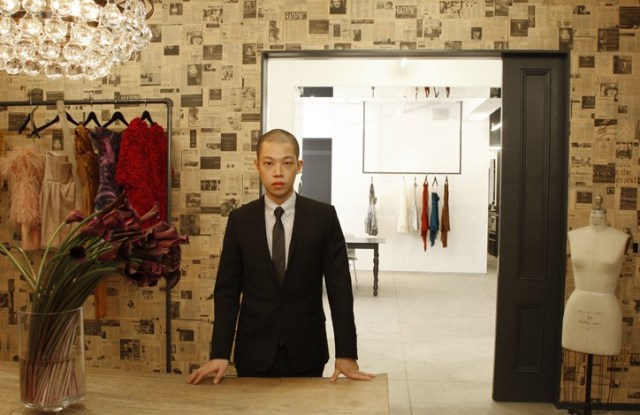 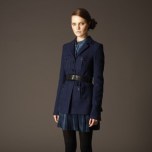 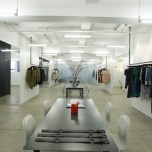 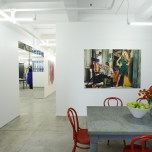 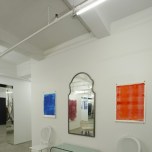 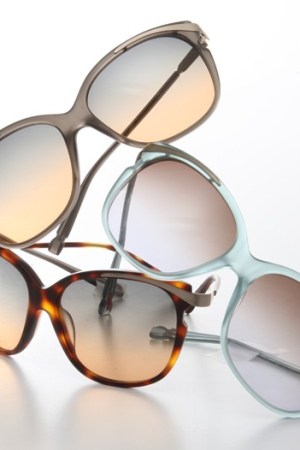 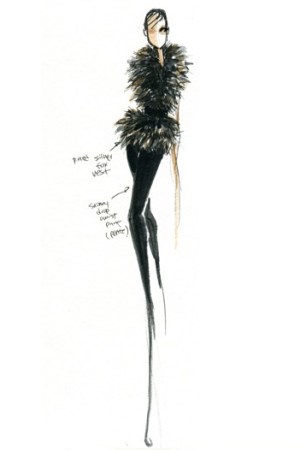 Jason Wu's sketch for a collaboration with Tse.

Everyone knows Michelle Obama helped put Jason Wu on the map. But the subsequent publicity blitzkrieg couldn’t have come at a more apropos time. Wu was already riding a high from a previous (self-dubbed “breakthrough”) spring 2009 show, which saw a $1.2 million jump in sales. “We were ready for that next area of expansion,” Wu, 27, remarks.

And expand he has. Of all the designers in the Obama fashion tribe, Wu has taken most obvious advantage of his fortuitous moments in the spotlight. In the past year, the Taiwanese designer launched a pre-fall collection, sales of which are already 45 percent over initial projections; sunglasses, with Modo Eyewear; his own GE digital camera, licensed by General Imaging; a capsule collection with Tse Cashmere, and has plans to enter the footwear market by 2011. He will also debut a collection of dolls for Madame Alexander this fall (in addition to his ongoing role as creative director of Integrity Toys). But perhaps the greatest example of Wu’s steroidal growth is the recent relocation of his offices from cramped quarters on 37th Street to a studio more than four times the size: a sprawling 9,000 square feet. WWD got an exclusive first look at the finished premises.

Situated on 35th Street in the old Mary McFadden building, the offices are in the heart of the Garment District. “Being here was important,” says Wu. “I considered going downtown and to Chelsea, but I produce so much here, I didn’t want to waste hours going up and down [the city].” Wu calls attention to the internal warehouse in the rear of his space. “The other route was to have a warehouse outside of New York,” he says. “But I like to be specific about the way we ship. Now, everything is controlled and managed in one place.”

The rest of the floor is fairly open, with wide, mirrored portals throughout so employees can quickly wend their way from one area to the next. “We wanted to create an open office,” explains architect Giancarlo Valle, who worked on Phillip Lim’s Los Angeles boutique and created the runway sets for Wu’s spring and fall 2009 shows, “so you always felt like you were part of a larger space.” Even the use of mirrors caters to this notion. “The idea here is that you can be visually connected to a space without being physically connected,” Valle adds. Meanwhile, the long stretch in the middle, which runs virtually from one side of the building to the other, can accommodate intimate runway presentations for his resort or pre-fall collections. Off-season, the area houses the sales showroom, which is lined with adjustable hanging racks.

Perhaps the most intriguing part of the space is Wu’s private office, separated from the rest of the studio by massive 19th-century wooden doors sourced from upstate New York. “Originally, we were going to have a glass door here,” says interior decorator Jesse Carrier. “But this gives it that ‘Wizard of Oz’ feeling when you open the doors.” And, indeed, step beyond the gray lacquered doors and there’s another world, one bathed in a warm, salmon-hued glow from collaged wallpaper, custom designed by Elizabeth Dow from old issues of The New York Observer. It’s a stark contrast to the more minimal, industrial scene outside. In the corner is Joel Grey, in an ad from “Cabaret.” Over there, crossword puzzles, and further still, smiling real estate maven Barbara Corcoran and a dancing Judy Garland and Fred Astaire.

“There’s so much press and buzz around Jason,” says Carrier. “This creates a spirit of media here without having any of those self-promotional photographs or press clippings.” Adding an extra arty element: a giant Otto Zitko scribble painting in black; illustrations by René Gruau (a longtime favorite of Wu’s) and Thomas Libetti, and photographs from Christoph Morlinghaus and Sam Frost. A hefty wooden slab table stands front and center; it’s the only relic from Wu’s old office. “I had to bring my lucky table,” Wu remarks.

A more traditional white-walled office is tucked in the back. It’s a small, tidy nook with shelves and a desk. “Jason doesn’t sit still for a minute,” says Carrier. “So the idea of having a big office would have been a waste. It made more sense to have a little space where he could check e-mails and make a quiet phone call.” There is a thick gray flannel curtain dividing this area from the main New York Observer-decorated room.

“I wanted this space to reflect the company,” explains the increasingly brand-savvy Wu, “that double element of old and new.” And this point-counterpoint of the traditional and modern pops up everywhere — cast metal tables with curvy Old English legs; a vintage mirror alongside fluorescent color-blocked paintings by street artist A.S.V.P. Even his frequent use of charcoal gray, whether in that separating curtain, the lacquered 19th-century doors or on the showroom walls, is a reference to the past. “One of my favorite things,” says Wu, “is Geoffrey Beene’s Grey Flannel perfume. I always thought the packaging, this gray flannel drawstring bag, was just the chicest.”

On pre-fall:
“The collection was inspired by air travel. I’ve been traveling so much that it got me thinking about aviation and Sixties and Seventies stewardesses. I’ve always loved the way they dress. I also wanted to take myself out of my comfort zone — there’s more structure and a toughness here.”

On sunglasses:
“There are four styles: the Mia, which is very Sixties looking; the Jett, an Eighties, Wayfarer style; the Earhart, my version of the aviator, and the Seberg [pictured here, $275], which is my take on the cat eye with a metal brow on top. Jean Seberg has actually been my invisible muse for the longest time.”

On his GE digital camera:
“I thought, ‘How do I put my signature on something unexpected?’ I created a feminine version [of the camera], with slightly rounded sides, so it looks like a clutch. [This design, priced at $495] has a fabric print on matte black steel.”

On Madame Alexander:
“I did two collections of three dolls. One series is slightly futuristic-looking and the other is very Dovima-like. NEOCissy [pictured here] is the former. I called her that because Cissy is the name of a classic Madame Alexander doll that’s been around for decades. She was static before. I added all these joints so she moves. I wanted her to do all these crazy poses. The neon shoes, the funny houndstooth [hat] — I really wanted to do something that’s completely out of character for something so traditional. I also gave her no eyebrows.”

On Tse Cashmere:
“The inspiration was about artist Robert Ryman as well as Geoffrey Beene and his controlled femininity. This was one of the preliminary sketches. I wound up rendering [fox fur] in these loopy, metallic-yarn knits. It’s almost like a thesis. How do you showcase the material in different ways in one collection? This Tse collaboration has really been about expanding my horizons and bringing my aesthetic to a brand that’s very different from my own. It’s been a really interesting exercise.”