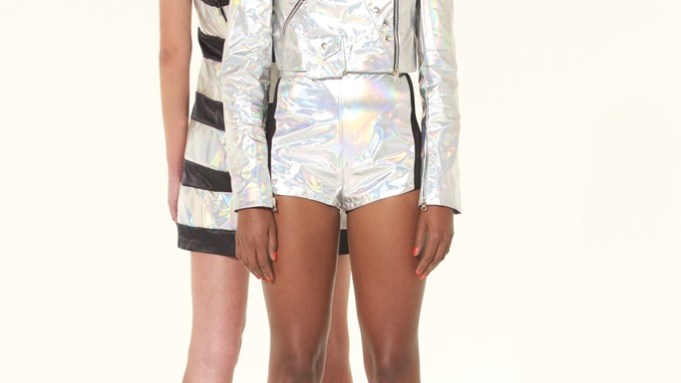 Inspired by the futuristic look of “Barbarella” and the rockabilly style of “Cry-Baby,” not to mention Elvis Presley and Studio 54 disco divas, Jen Awad likened her self-described “all over the place” collection to channel-surfing. The silver vinyl A-line skirt and matching halter top was one of her typical costume-y looks, but what followed were seemingly incongruous jumpsuits channeling Fifties greasers, then a white satin tuxedo shorts suit that was an ode to The King of Rock. Still, the latter was one of the most wearable looks, along with the Seventies-style satin dresses in jewel-tone colors.