Tivvit is a free app allowing noninfluencers to earn like influencers do.

Jenny Cipoletti, creator of the blog Margo & Me, is launching a social shopping app called Tivvit.

Social shopping is no longer just for superinfluencers.

Tivvit is a new app that seeks to democratize the world of affiliate links. Founded by Jenny Cipoletti, creator of the blog Margo & Me, Tivvit allows users to curate their own collections — and eventually, earn cash from them. The app soft-launched in November and has already received positive reviews. It officially launches Dec. 2 with more than 1,000 brands and 14 retail partnerships.

“In any space where you have a group of women, I swear one of the most common questions we ask each other is, ‘Where’d you get that?,'” said Cipoletti, a Silicon Valley native who formerly worked in fashion public relations and has no prior tech experience. “As a blogger and influencer, you can say, ‘I’ll send you the link,’ and you can earn cash off of that. But what about those of us who don’t have that access?” 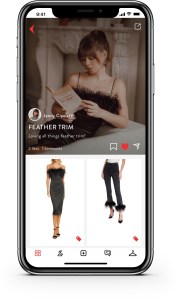 Tivvit allows noninfluencers to capitalize off of their own curations.  Courtesy Image

Affiliate programs from leading platforms such as RewardStyle and ShopStyle have provided modes of monetization for influencers with moderate to large followings for the past several years. But lately, the landscape has shifted in favor of microinfluencers, whose followings are typically too small to be approved to use traditional affiliate links.

“As an influencer, it’s incredibly exclusive to be a part of affiliate networks,” Cipoletti said. “There’s millions and millions of dollars being spent and earned through affiliates. Why aren’t we making this available to more mass?”

On Tivvit, there is no rigorous approval process. The app, which is free, can be downloaded by anyone with iOS or Android.

Users have access to the app’s retail partners — these include Nordstrom, Neiman Marcus, Asos and Matchesfashion — as well as those retailers’ full brand offerings. Users can curate their own collections and earn a commission off of purchases from those collections. Purchases are also tracked through direct messaging, and users are able to see who bought from then, when and how much commission they’re earning.

Purchases are shown in Tivvit’s feed, the default of which is set to global, unlike a traditional feed.

“We wanted to have the default be global so you can see who’s shopping what through purchases,” explained Cipoletti. “If somebody makes a purchase, it says, ‘Jenny just bought these shoes,’ so anybody who’s following me will see that and I’m gonna make that commission even though I’m not the one intentionally posting about it or recommending it.” 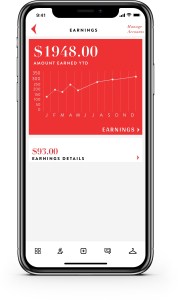 The app allows users to see how much they’ve earned in commission.  Courtesy Image

The name Tivvit stems from a variety of words — creative, collective, distinctive — associated with the influencer community. Cipoletti and her husband and business partner, Freddie, derived “tiv” from these words and turned it into a palindrome.

“It’s gimmicky, different, it’s not a real word, so you don’t associate it with something,” Cipoletti said. “It’s not fashion- or style-related, so that means we can venture into different verticals that we’re planning for post-launch.”

Not having prior tech experience hardly put Cipoletti at a disadvantage; she had a Rolodex of fashion contacts through her work in both p.r. and as an influencer. Finding investors, though, was a different story.

“It was something that was incredibly intimidating to me in the beginning. I didn’t know even how to go about that process,” she said. “We literally went to Silicon Valley — we had a few meetings set up through connections I’ve known from growing up there.

“Trying to break this idea down was, years ago, a completely foreign topic to anybody,” she continued. “Now, people are starting to liven up to how influencers earn and that you’re able to earn from your recommendations by affiliates. I feel more confident than ever that bringing this to market is a concept that people will understand far more than they did two or three years ago.”

Something Navy Is Hiring a Ghostwriter