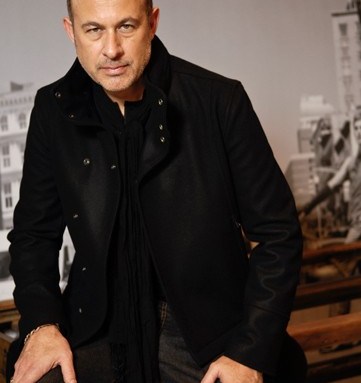 John Varvatos might have overreached when he first showed in Milan.

He had reasons to be confident. After all, he was the featured guest designer at Florence’s Pitti Uomo the year before. And he’d racked up both the Council of Fashion Designers of America’s junior and senior awards for men’s wear design in his first two years in business. However, his Milan show in 2003 was received coolly.

Even so, last summer he joined the chorus of designers complaining that the timing of New York Fashion Week does no service to American men’s wear, and announced that, going forward, he would show in Milan.

“The whole global expansion is super important to our brand right now,” Varvatos said. “Going there puts us on an international stage.”

And this time, it’s going to be different.

“We’ve matured as a brand, we have our act together a lot more and I think the collection is at a whole different level than it was then. It’s much more focused and definitely more upscale. We wouldn’t be going if we didn’t feel like we had something new to say about our brand,” he said. “We worked harder than ever on every detail of this collection to make it compelling.”

He feels it’s more contemporary, playful and sophisticated than previous collections. “It’s different from any we’ve ever done, and we’re treating it differently. Not only does it deal with the customers we have, but we’re going to attract a lot of new customers.”

The perception of John Varvatos, of course, is that of a rock ’n’ roll brand. The designer always has aligned himself with hard rock, and its elder statesmen embrace him back, posing for his ads and attending his shows and benefit concerts. His store on New York’s Bowery, in the former site of the seminal rock club CBGB, generates both public relations and sales. And he is starting to host a monthly radio show on Sirius satellite radio called “Born in Detroit.”

The brand already is distributed in at least 19 countries, and it just moved a showroom from London to Milan. Though an economic crisis might seem like an odd  time to get aggressive about global expansion, Varvatos says business has been outstanding.

“Our stores in the U.S. had comp increases in December — every single store, and some as high as 33 percent. So we’re in a good place, and we feel it’s a good time to be cautiously aggressive, though we know it’s not going to be easy. We’re doing well across the board from tailored, outerwear and leathers to footwear — our biggest growth category — and sportswear continues to be the driver. Star USA [the younger diffusion line] is on fire. It’s going to finish the year up about 40 percent. Collection is up 19 percent, and footwear is almost doubled.” (The brand has a lucrative collaboration with Converse.)

The Bowery store, which was conceived as “an aura thing,” is 83 percent ahead of plan, and the fourth best performing of the brand’s 10 stores. It has created goodwill toward Varvatos, despite putting a final nail in the coffin of  some New Yorkers’ dreams of keeping the Bowery ungentrified.

“It almost changed the complexion of the company,” the designer said. “We’ve been on a roll since we started the brand — I have to pinch myself every year. But it was like a rocket ship last year, and not just about the buzz, but it was a credibility factor. Tourists came from around the world and got a different perception of the brand than they had before.”

“People keep asking when I’m going to roll it out. But I don’t want to commercialize it, I want to protect it,” he said.

He intends to open comparable stores in other cities, but they’ll celebrate their own local identity and music history, not the Bowery’s.

“You can’t fake it. It has to have a real music connection, and be a place where we can promote music. Austin is number one on my list. It’s the best music place in America right now,” he said.

But first, overseas markets beckon. “We do well in Dubai, Turkey, the Eastern Bloc and Russia. Going to Milan will help us in the Far East, as well. We just launched a partnership in Korea in September and opened a number of amazing shop-in-shops over there. We’re really expanding there and getting more aggressive in the Far East, with Japan and Hong Kong.”

Varvatos designed for Polo Ralph Lauren and Calvin Klein before he launched his  own line in 2000. It was bought by Nautica, which was in turn acquired by VF Corp. In 2005, he entered into a new partnership with VF called John Varvatos Enterprises, where he serves as chief executive officer.

“Our fragrance business continues to rock. We’re introducing a second women’s fragrance, because of the success of the first one, and a new men’s fragrance, called Artisan, with a beautiful hand-woven bottle design,” he said, noting that it’s coming out in March.

Varvatos added, “Cautious is the way you run your business. I don’t think you can be cautious about your product. You gotta make it exciting.”