There are tartans, stripes, oversized silhouettes — and a ruffle or two. 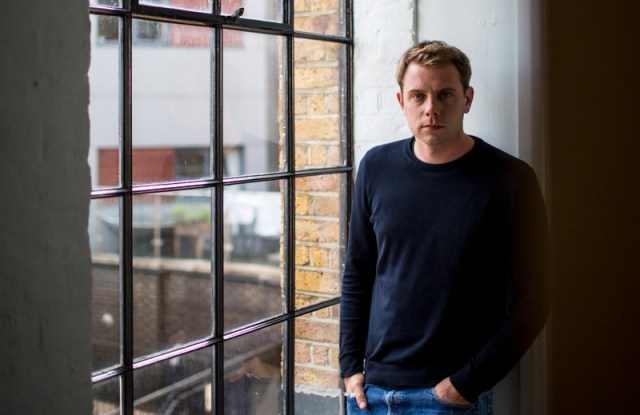 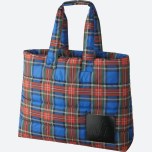 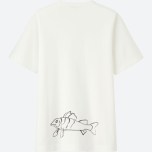 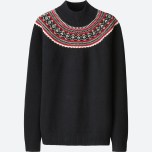 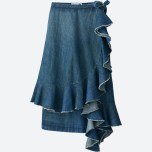 LONDON — Jonathan Anderson was thinking “universal and quirky,” for the first J.W. Anderson collaboration with Uniqlo, a mash-up of urban, collegiate and military-inspired looks and basics in oversized proportions, tartan and stripes.

The 33-piece collection for Uniqlo’s LifeWear, which was first revealed in March, will launch on September 19 in the U.K., followed by other markets. The collection is for men and women with pieces including a duffle coat, an oversized striped turtleneck with ties around the wrists, a crewneck sweater with an abstract fish floating across the front, a tartan down jacket and a matching padded tote.

“The point of doing this collaboration was that I believe in democracy in fashion,” said Anderson. “What I hope will be achieved is that any age demographic can pick up and find something within the collection to relate to. Doing something with Uniqlo means you come up with a wardrobe which is universal and quirky.”

Anderson also responded wholeheartedly to the Japanese idea of “reducing something to its essence. It can be culturally, textile, or silhouette-driven, but it’s about the idea of reducing something down so that you can create the most impact.”

Working with Uniqlo these past few months clearly got under Anderson’s skin: For his spring 2018 men’s collection at Pitti Uomo last month, the designer turned out updated takes on men’s wear staples such as the biker jacket, bomber, jean jacket and hoodie, along with the regular-guy T-shirt and cargo short.

Although those pieces came with prints, details and interesting plays on proportion, the collection swerved from Anderson’s usual exaggerated silhouettes, complex narratives and androgynous extremes.

Last month he told WWD he liked the idea of a white T-shirt and a chino short.

“What excites me is that reduction. You can have embellishment, but I think it’s about pulling back. We’re in a very odd moment in fashion, where it has become sugary and I think sometimes you have to take a step back to go forward,” Anderson said.

Yuki Katsuta, senior vice president of Fast Retailing and head of research and design at Uniqlo, said the new line embodies both labels’ shared vision of elegance, simplicity and individuality — with a strong British accent.

“We have combined the energy, creativity and traditional touches of J.W. Anderson with our fit, fabrics and functionality, as part of our quest to craft wardrobe essentials that are enduringly appealing,” Katsuta said.

Heattech scarves and down jackets with ribbed cuffs and zipper tape are in the mix, too. Prices range from 14.90 pounds for a graphic T-shirt to 139.90 pounds for both the tweed and trenchcoats.

The collaboration with Anderson, who also sits at the creative helm of Loewe, is the latest in a long line of the retailer’s creative projects with designers and brands. Uniqlo’s best-known collaboration is probably J+, the collection that Jil Sander designed for the retailer from 2009 through 2011.

More recently, the company launched a Disney “Beauty and the Beast” collection and has partnered with fashion figures such as Inès de la Fressange and Carine Roitfeld, designer Christophe Lemaire and the Princesse Tam Tam brand. In addition, the artist Kaws has contributed designs to Uniqlo’s UT T-shirt franchise, whose creative director is Nigo.

The collection puts the spotlight once again on a British designer’s work with a high street giant. Last week Hennes & Mauritz AB said it was linking with London-based fashion brand Erdem for its next designer collaboration. It has tapped director Baz Luhrmann to create the visuals for the campaign. The capsule line will include designer Erdem Moralioglu’s first-ever collection for men, and will go on sale on November 2 in selected H&M stores as well as online.

Mirror Image: Jonathan Anderson Looks to His Own Style for Spring

Gallery: J.W. Anderson Through The Years: A Look Back in Pictures