On Wednesday, the brand kicked off Milan Fashion Week by taking over the city’s central Museo del Novecento museum to stage a workshop hosted by the two entrepreneurs, who have been teasing the initiative on their personal Instagram accounts.

Ambrosio and Tordini centered the workshop around the concept of upcycling, providing leftover and excess fabric of their brand to invite attendees to rework them and create new accessories.

Around a long black table installed in the museum’s Lucio Fontana hall overlooking the Duomo cathedral, 60 people — selected out of the more than 1,000 who registered for the event — crafted bottle bags, belts and jewelry from The Attico’s discarded textiles as well as from former basketballs, basket net ropes and chains.

“We’re honored they have picked us as ambassadors of Milan and of this project,” said Ambrosio, underscoring the importance of upcycling for her.

“We already approached this theme other times and we strongly believe this is the right path to follow,” she added, referencing the brand’s former capsule collections of upcycled vintage denim developed with Re/Done and upcycled eco-fur. “It’s obviously really complex to interrupt the consolidated supply chain of this industry, but we want to try to recover what we can, like many other designers have been doing.” 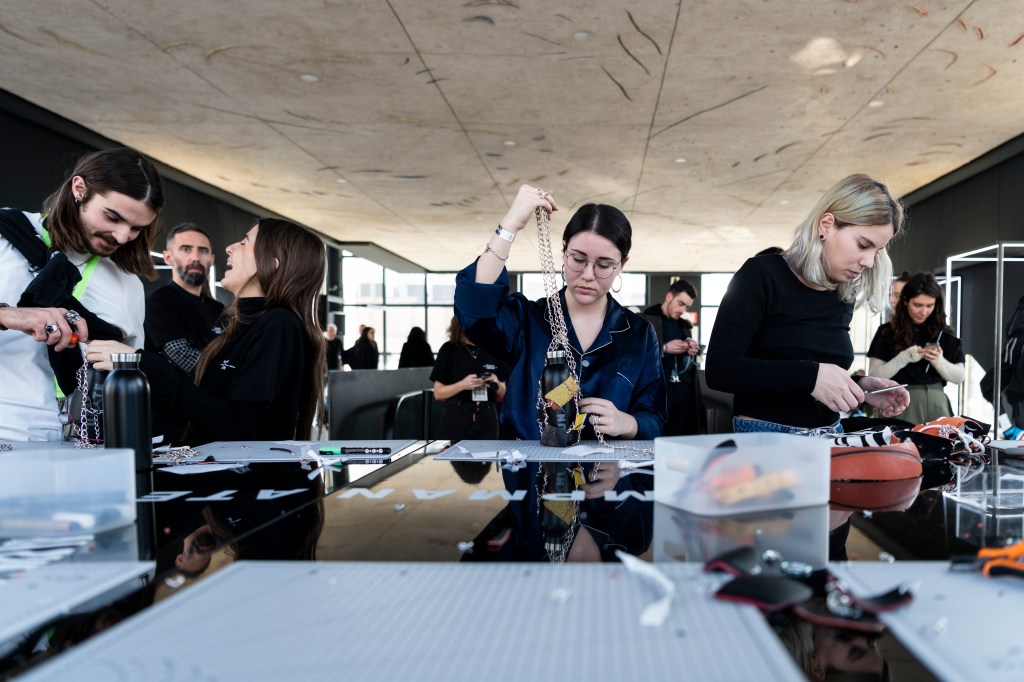 The workshop hosted by The Attico’s founders with the Jordan Brand.  Courtesy Photo

The initiative also was intended to mark the launch of the “Air Jordan 1 Mid Milan” sneaker, defined by gray textured leather and pastel pink suede in a nod to the city’s architecture and artisanal stonework, namely the Duomo cathedral and the Galleria Vittorio Emanuele II.

The style was exclusively available at sneaker store One Block Down, located a few steps away from the museum, where since early morning a crowd of Millennials and Gen Zers lined up in a long queue to secure a pair.

The sneaker will roll out internationally later this week, but The Attico aficionados might want to wait till March 1 as a limited selection of the style will be available on the brand’s e-commerce site in special packaging conceived by Ambrosio and Tordini. Each collectible custom pack will include a special The Attico logo lace lock pin and socks to match the sneakers, as well as a double logoed Jordan Jumpman box and signature dust bag. 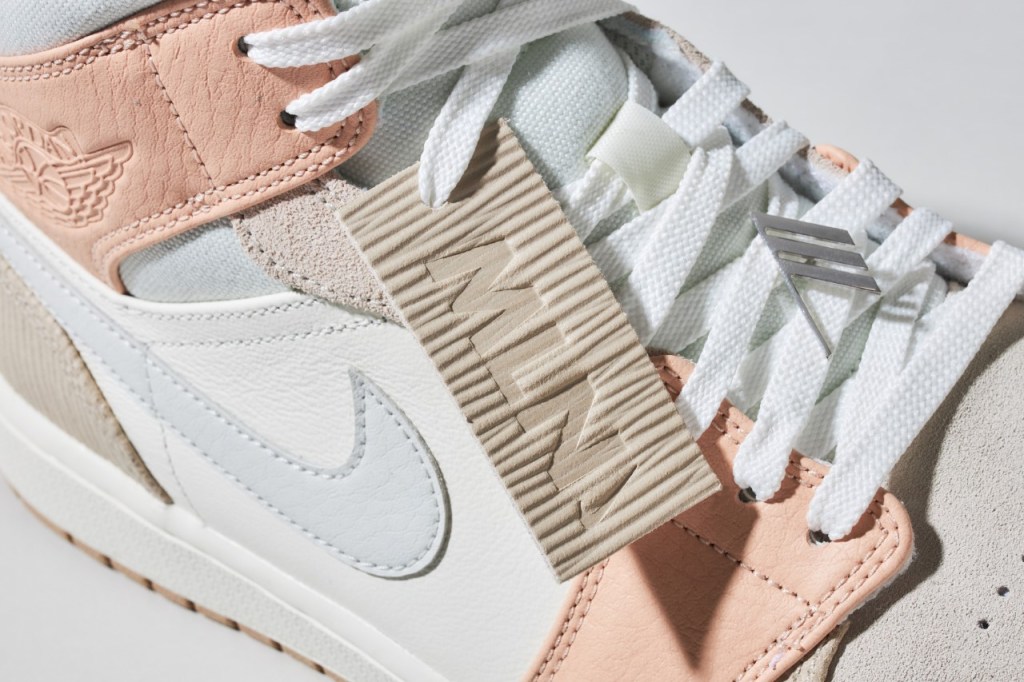 “We actually didn’t design the footwear, Jordan Brand already got that ready when it approached us six months ago for this project,” said Ambrosio, while Tordini added that “it still has been such a beautiful opportunity to be part of this launch and be included in this initiative, we hope it’s only the beginning of a collaboration.”

First introduced last month, the Flight Utility Apparel collection was also in full display in Milan via an installation at the entrance of the museum. The line included fleece hoodies and utility pants, reversible bomber jackets with a faux fur hoodie, leggings and a body suit, all hinging on the concept of versatility.

“First and foremost we had to make it Jordan. And Jordan has a certain fearlessness and diversity, and that was just our baseline when we started the project a year ago,“ said Jordan Brand’s apparel design director Michelle Walter in explaining the collection’s stylistic features, such as the street utility color palette and inclusive silhouettes. As reported, Jordan launched apparel for women previously, but this collection is the first full range of pieces made specifically for them.

“It’s absolutely a different aesthetic compared to ours but we have versatility in common,” echoed Ambrosio. “It’s not strictly technical compared to what one expects from Nike. There are a lot of jumpsuits and pieces that with a different styling, you can also wear for a dinner.” 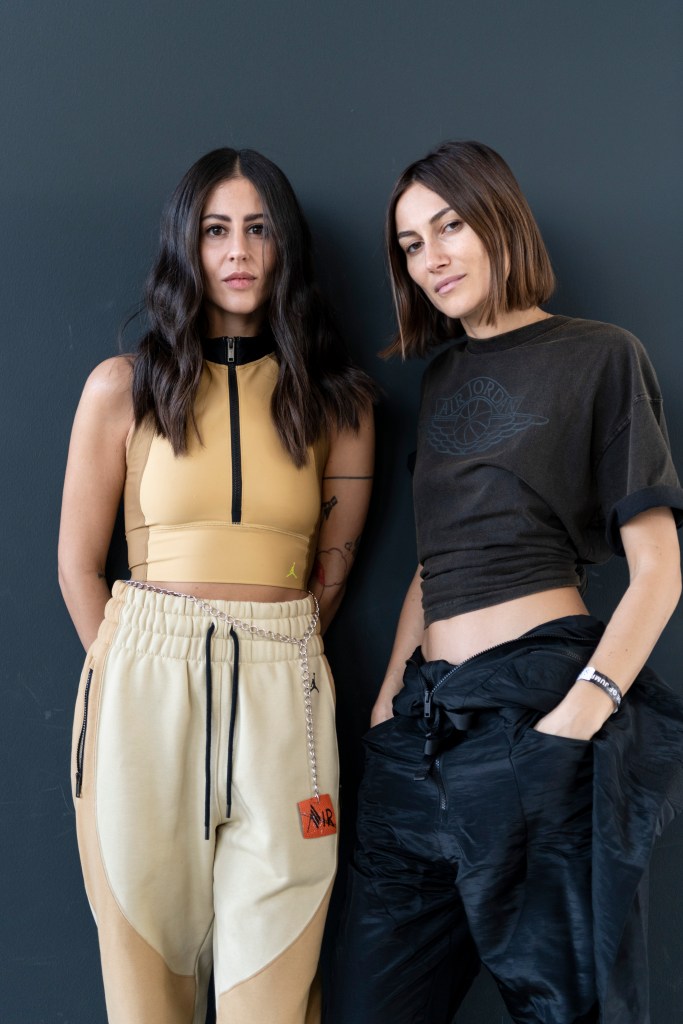 Jordan’s jumpsuit is an appealing alternative for The Attico customers, who will have to wait to find out more about the brand’s fall 2020 collection, as the creative duo decided to ditch their usual presentation during Milan Fashion Week to approach a “new format” to be unveiled in June, closer to the line’s delivery in stores.

“We wanted to change a little bit,” explained Tordini. “So we’re working on a very special project that will have a different approach, a sort of evolution of what we have started with The Attico…”

Founded in 2016, The Attico received an investment from Remo Ruffini, who acquired a 49 percent stake in the company through a vehicle called Archive Srl, controlled by Ruffini Partecipazioni Holding Srl.