Nike Inc. has introduced Jordan, a women's lifestyle clothing line, that will arrive in stores in October. 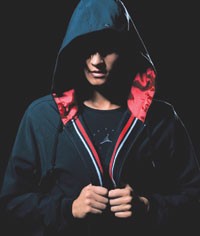 LOS ANGELES — Nike Inc., known for its tech-savvy performance gear, is moving beyond the playing field for its latest apparel initiative.

The Beaverton, Ore.-based athletic giant believes Jordan, its new women’s lifestyle clothing line, will appeal to the consumer who knows and loves Michael Jordan but whose sports knowledge may not extend to the difference between man-to-man and zone defense strategies.

The Jordan brand dates back almost 20 years. The first Air Jordan sneaker made its debut in February 1986, and now the shoes retail from anywhere between $100 and $175. Nike often limits purchases of some newer styles to one pair per household. Sports-inspired basketball jerseys, hoodies and shorts make up much of the men’s and children’s lines.

“Female consumers are buying the boys’ sizes in footwear and apparel to fit their needs, so there’s obvious interest out there,” Boller said.

To adapt it to broader female tastes, Nike chose to create clothing and footwear for functions apart from athletics, a move in step with competition such as Puma and Fila’s new Filativa directional division.

The first eight-piece Jordan line will ship Oct. 1, with two more deliveries slated for Nov. 1 and Dec. 1 in vivid color stories of black and pink; beige with colorful striping, and black, white and red, respectively.

Jordan will offer zip-up jackets, hoodies, T-shirts and sweatpants made with poly-nylon, silky nylon and stretch microfleece fabrics. They are given an upgrade with rhinestone accents, satin linings and a twist to the brand’s logo, the Jumpman, fashioned out of chrome. The hood of a jacket lined in red satin paired with tear-away pants with stripes on the side and a cream-colored outfit brightened with stripes.

“We want this line to be a combination of athletic luxury,” Boller said.

The line’s lofty aspiration gets a stamp of approval through the help of its namesake, who is involved in its design. Gemo Wong, Jordan’s design director, oversees the line, but Boller said the company is in the process of hiring a designer for women’s.

With wholesale price points ranging from $16 for T-shirts to $55 for jackets, Jordan is targeted at urban shoppers ages 16 to 20. On board are about 10 retailers, including Lady Foot Locker, Jimmy Jazz and Champs as well as the company’s Niketown outlets.

Nike will table the line’s major ad campaign until the product’s larger rollout for fall 2006, which will include cut-and-sew tops, tanks and additional bottoms. That marketing push also will include a spokeswoman, most likely an entertainer with a penchant for sports, Boller said. In the interim, Nike will focus on grassroots efforts, such as sending apparel to celebrities including Eve, Mary J. Blige and Mya, women who represent the brand’s ideal, she said. (A men’s line was launched with a party last week at Sky Studios in New York.)

Branded apparel is a driving sales force at Nike while licensed apparel has taken a hit. In reporting its fourth-quarter and year-end results Monday, the company said future orders for athletic footwear and apparel, scheduled for delivery from June through November, totaled $6.3 billion, 9.5 percent higher compared with the same period last year. Nike’s worldwide apparel revenues grew 9.6 percent to almost $3.9 billion in fiscal 2005. In the U.S., Nike’s apparel sales posted a smaller 2 percent increase to $1.5 billion.

Apparel was a slight disappointment in the U.S. and Europe. For the quarter, apparel revenues fell 7 percent in the U.S. to $335.9 million, and declined 4 percent in Europe, the Middle East and Africa to $366.1 million.

As Nike seeks to tap new apparel opportunities, building on the Jordan name isn’t a bad idea, said David Campbell, a consumer analyst with Thompson, Davis & Co., based in Richmond, who estimates the overall Jordan division generates $300 million in sales. A niche market targeted by Jordan’s women’s line can bring in from $10 million to $50 million, he said.

“Jordan has a strong performance heritage to it, so it might make sense to try and capitalize on the name in the lifestyle segment,” Campbell said.