“There is an incredible energy in the area. It feels quintessentially London to me,” the designer said. 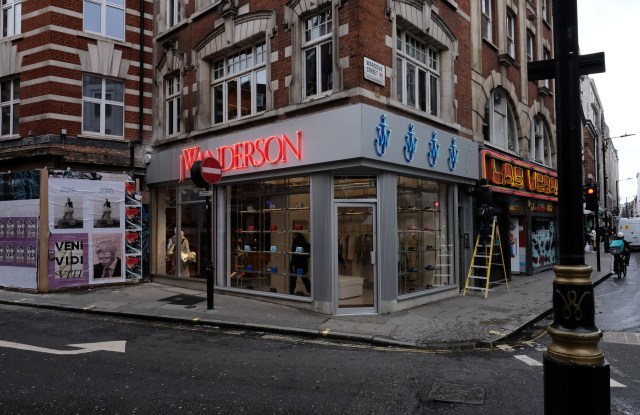 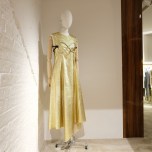 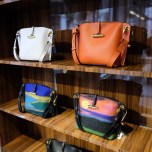 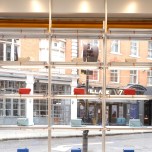 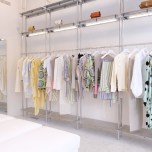 LONDON — Jonathan Anderson is taking experiential retail to new heights with a flagship store in Soho here that’s the very opposite of a luxury Mayfair town house. JW Anderson’s neighbors include a gay club, a lap-dancing venue and an arcade, while the shop’s facade is ablaze with neon signage.

How’s that for a London experience?

“There is an incredible energy in the area. It feels quintessentially London to me,” said the designer, who plans to host an opening bash tonight despite the nervous air hanging over London from the spreading coronavirus.

The shop, which spans 1,300 square feet and has three distinct interior styles, has been designed by 6a Architects and stocks Anderson’s men’s, women’s and accessories collections, in addition to his collaborations with Converse and Moncler Genius.

Located on the corner of Brewer and Wardour Streets, the flagship is “very deliberately away from the genteel luxury and elegance of Mayfair,” said a spokesman for 6a, while the design speaks to “the streetscape and tradition of queer counter-culture and dissent, the vernacular non-designed of late-night supermarkets and neons of gaming halls that emerged over the last 50 years.”

The store is opening as other retailers, offices and commercial spaces are choosing to shut their doors temporarily due to fears over COVID-19.

Earlier on Thursday, Prime Minister Boris Johnson called the virus “the worse public health crisis in a generation,” while the FTSE 100 closed down 10.9 percent, suffering its worst day since the stock market crash of 1987.