Castel stands in front of the new Kapok store.

HONG KONG — In this city, home to some of the globe’s most fearsome retail rents, not many small independent shops manage to survive, and what few there are typically head for the safety of the malls. But Arnault Castel, who founded Kapok, has been an outlier from the start.

The Frenchman started his shop in 2006, which has since evolved into a concept with four different locations in Hong Kong and Singapore. His locally much-beloved boutiques carry a quirky selection of well-made brands such as Maison Kitsune, Common Projects, Margaret Howell, sustainable sneaker brand Veja, and lifestyle items like candles from Astier de Villatte. Open up a travel guide for Hong Kong and it’s very likely you’ll see Kapok recommended as one of the must visit shopping destinations.

At the start of May, Castel ticked off a major milestone for his company: upgrading one of his stores on Sun Street in Wan Chai to a larger flagship located just next door.

“I was always running out of space,” Castel said. “I liked the assortment, I like the branding of Kapok but the experience is not so great because it’s just too small.”

When the bigger, 3,000-square-foot space next to his original Sun Street location first became empty, he inquired immediately. But the asking price was too high and it stayed that way — both beyond his budget and empty — for four years.

“I was talking to the landlord but the rent was always just out of my reach,” he said. “I kept on talking, and Kapok got a little bit stronger. I’ve been walking in front of that empty shop for four years. When it finally opened, it felt good.”

The small street, in fact, will soon be just about taken over by Castel’s businesses. Castel also helps distribute brands and he will open a Freitag store next to the new Kapok flagship, as well as a shop for O.N.S., the New York men’s wear brand.

Take into account that the Sun Street neighborhood is one of the few areas in Hong Kong to feature a cluster of freestanding boutiques, and one can start to understand the kind of influence he has had in shifting and diversifying the tastes of Hong Kong shoppers. 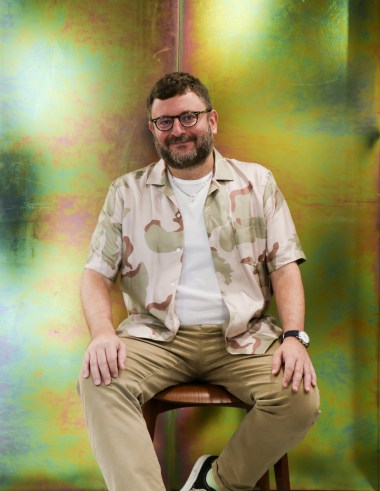 His philosophy to doing it well is relatively straightforward, too.

“Everyone is talking about retail that it must move toward entertainment,” he said. “My point of view is a select shop, if it’s well done, is very entertaining. You can spend half an hour or an hour, have a coffee, and discover a lot of brands, for example.

“People think entertainment and you think workshop, personalization, but I always feel this is very gimmicky. If you just do your job of finding exciting products and finding new brands that people don’t know and put them in a nice environment, it’s really entertaining for the customer.” 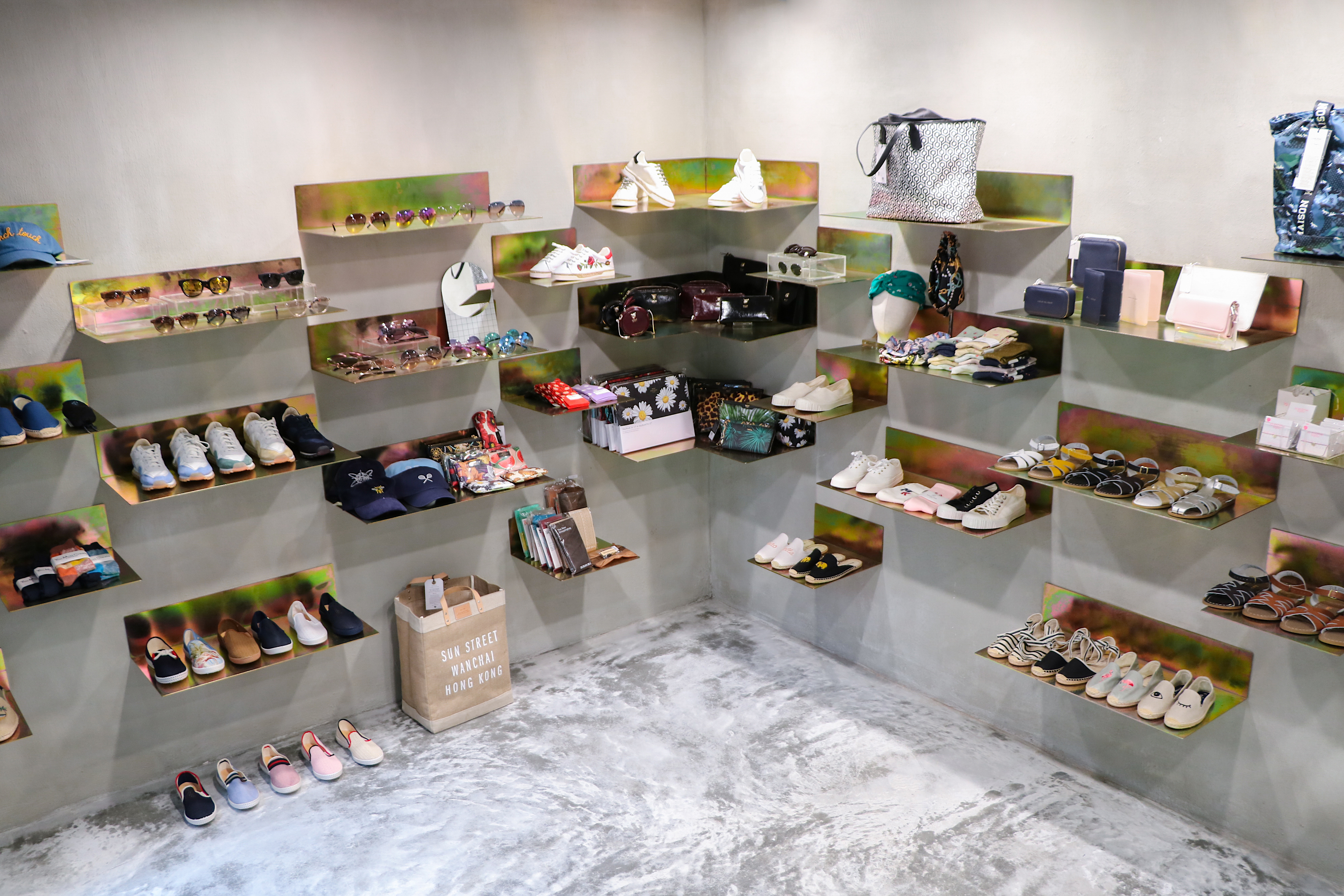 Kapok sells items that are affordable yet premium niche brands such as Common Projects and Veja sneakers.  Courtesy

It would probably come as a surprise to most people that Castel was once an investment banker. He first landed in Hong Kong in 1996, when the city was still under British rule, and spent time working at Calyon Financial, part of Crédit Agricole, and Bank of America Merrill Lynch. At the time, he saved his shopping mainly for visits to Europe or Japan and saw there was a lack of options in Hong Kong, and so a more creative life beckoned.

Kapok was born first as a side project in Tin Hau, a neighborhood just next to Causeway Bay. But quite quickly, Castel found the weekday traffic couldn’t really sustain it and he moved it to Wan Chai.

“It’s good for F&B [food and beverage] but not really for retail,” he said of its old haunt. “But where we are now, the weekend traffic is really strong. Everyone comes there for coffee, eating, browsing around, but we have strong weekdays, too. A mix of office workers and people who live there in the neighborhood. Then you have Pacific Place mall nearby and it has four big hotels [connected to it]. Wanchai, overall, has a lot of hotels.”

“Hong Kong is also a place where people know about fashion. They can tell if the product is well made or not. They have a strong shopping education,” Castel said.

Four years ago, Kapok expanded to Singapore, where it operates one store, but Castel said it’s really in its home turf that new styles and products tend to catch on well.

“In comparison to Singapore, in Hong Kong we can bring a brand that is totally new to a market, and as long as the story is interesting, the product has a nice angle, it can become really strong very fast,” he said. “We’re working with a French headwear brand, Béton Ciré, which does a modern version of the sailor hat and it’s really quite fun. I just realized we are the number-one retailer worldwide for the brand. So people can really take a chance here. In Singapore, if the brand is not famous, it’s difficult to make it work.” 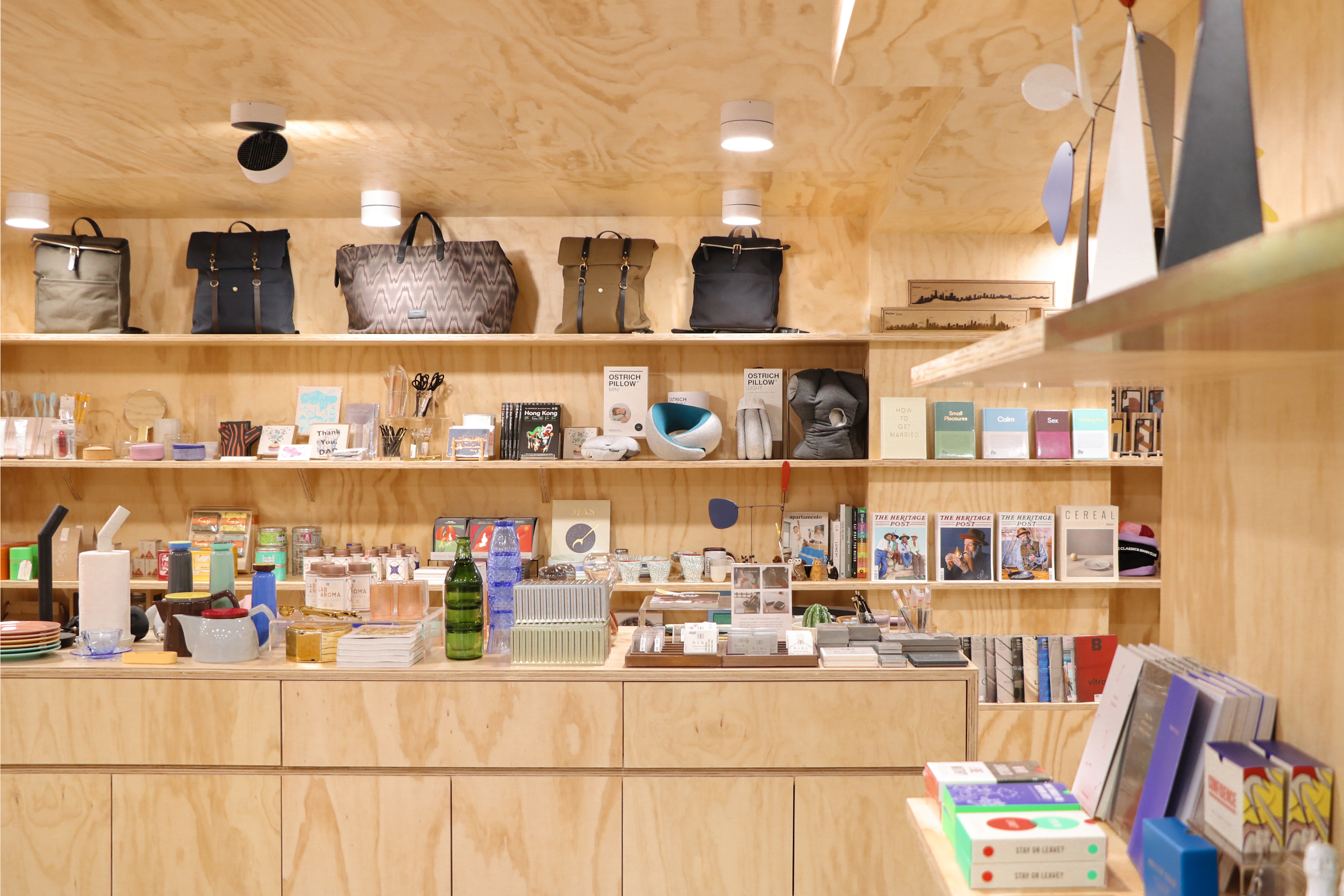 The new, larger Kapok store is set up next to its old location.  Courtesy

In total, Castel operates four Kapok stores and four branded boutiques. Other than Freitag and O.N.S., he also operates the Hong Kong stores for Maison Kitsuné and the French apothecary brand Buly 1803. Collectively, they are on track to make 60 million Hong Kong dollars, or $7.6 million, this year.

After 13 years of being in the business, he acknowledges that he’s still very much in the minority of retailers in Hong Kong, and would be eager to see it change.

“For a city to be really interesting fashion wise, you need to have more retail options,” Castel said. “We have a specific style but there could be some stores with different styles and moods that can exist.”

But he doesn’t dwell on the matter too long as he has many things on his checklist to keep him busy. This year, he wants to relaunch Future Classics, a brand he developed himself several years ago, and pivot it into a women’s wear line. He also wants to make headway on digital. While Kapok has been operating an online store for the past three years and is working with Farfetch, it’s very much in its early stages.

In August, he’ll open yet another Kapok at the K11 Musea mall, which is part of Victoria Dockside. While he says he used to feel “allergic” to malls, he’s since come around to them, so long as he can do it in his own way. That project, because of its location on the other side of the harbor, is expected to attract a lot more mainland Chinese shoppers, which will pave the way to open a new market.

“The K11 Musea store will be our lab. It’s a kind of school for us, to see if can we do something and that really attracts them,” he said. “I see the [Mainland] customer in the store, and I think there are a lot of customers there that will like our style of clothes and products.”

“I’ve been working for so long in Asia. If I never try China, I will have some regrets,” he said. “But it’s not a rush.”