U.K. Ambassador on Trade, Fashion Week and Her Favorite Brands

Karen Pierce has served as U.K. ambassador to the U.S. since February.

After six months, British Ambassador to the U.S. Karen Pierce has settled into her new role, which is focused on deepening the relationship between the U.K. and the U.S. as both countries hash out a new free trade agreement as a result of Brexit.

Here, Pierce, whose prior roles included diplomatic stints in Tokyo, the Balkans, Washington, D.C., and New York, offers an update on the progress of the trade agreement as well as how her experience has helped inform her current role. She also gave her perspective on U.K. fashion while sharing some of her favorite brands.

WWD: Do you have a penchant for fashion?

Karen Pierce: I love looking at fashion and emerging trends, but I’m very conscious that I suit very little of it. So my own wardrobe is more classic-oriented. I was very pleased to see that London Fashion Week is moving forward virtually Sept. 17 to 22.

London Fashion Week was a pioneer for the global industry, emerging as the first digital fashion week in June 2020. The U.K. fashion industry continues to thrive, contributing more than $35 billion to the U.K. economy and employing nearly one million people. LFW enables us to showcase inspiring and innovative opportunities in the U.K. fashion industry.

WWD: Where do you typically shop for fashion apparel and accessories? What are some of your favorite brands?

K.P.: I’m quite eclectic though I do have a wonderful dressmaker in London called Allison Rodger and she designs things that suit me. I like Liberty London and am having some summer dresses made from their fabric — with matching masks.

Selfridges’ corporate responsibility program identifies with the embassy’s climate policy work — they just launched Project Earth, which aims to change how consumers shop by 2025 by using environmentally friendly material throughout their business model and is part of the wider initiative to achieve net-zero carbon by 2050.

I am all too easily enslaved by shoes and handbags and buy a lot through Net-a-porter — I have an Anya Hindmarch leopard print bag, matching gloves and hat which I’m very fond of.

WWD: How have your bilateral and multilateral roles, and other positions held, informed your current role?

K.P.: The U.S. is the single most important bilateral relationship the U.K. has and Washington is the biggest embassy, outside of the big conflict and development posts like Islamabad and Kabul. It’s been described as a mini-Whitehall because so many U.K. government departments are part of the embassy and because it deals daily with a vast spread of issues from public policy like health to foreign and defense policy to trade.

So with such a wide canvas, I find that all my previous jobs have something to offer. For example, I was the trade ambassador in Geneva, but I also dealt with global health and the ebola crisis. I’d single out particularly serving alongside the American civilians and military in Afghanistan. Shared experiences in war and peace really matter here and they underpin the special relationship at all levels.

One of my very first jobs was negotiating arms control treaties alongside the U.S. and with one exception I have worked alongside Americans ever since. Most recently, I was the U.K.’s permanent representative to the UN where I focused on defending the multilateral system, helping modernize the UN, and trying to manage great power dynamics — in particular stopping Russia and China from undermining the international system, for example, on use of chemical weapons or preventing the Security Council from taking action in Syria and over the expulsion of the Rohingya. 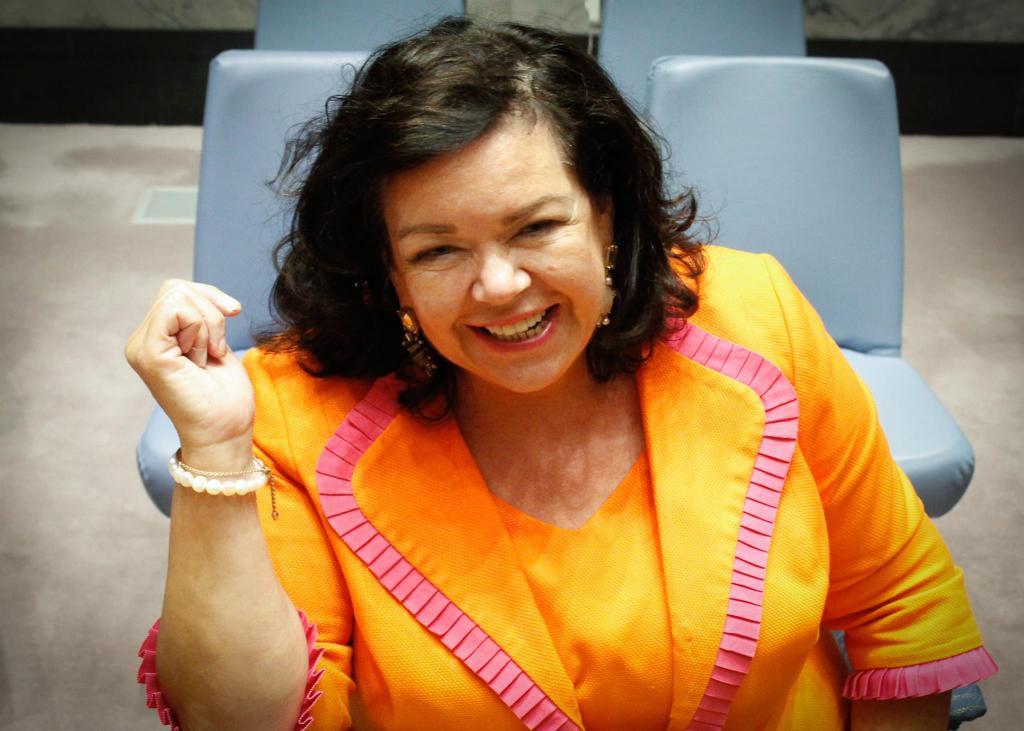 WWD: What three words would you use to describe the current relationship between the U.K. and the U.S.? And why?

The U.S.-U.K. relationship is historic in its profundity and its breadth and in the words of a West Point cadet whom I met recently, U.K. is America’s ally number one. The relationship doesn’t just rest on security and defense, vital as these are. The U.K. and the U.S. do more trade and investment with each other than any other country in the world. And ever-growing because I’m determined in my time here to ensure that the U.S. and U.K. demonstrate a common purpose and approach in tackling new challenges like technology, which is going to be transformative.

Both the U.S. and U.K. share a very strong research and science base — we want to collaborate even more and we want to ensure that as we emerge from the global COVID-19 pandemic it’s the open, transparent, liberal, democratic model that is seen to be succeeding and introducing sustainable and greener growth.

And I’m also very conscious that the demographic in the U.S. is changing and perhaps people know less about Europe and Brits know less about America than they did 25 years ago when I was first posted to Washington. So another goal is to introduce new generations of Americans and Brits to each other with as much diversity as possible.

WWD: In the context of the U.K.’s withdrawal from the EU (Brexit), how critical is the free trade agreement with the U.S.? What’s key?

K.P.: The U.S. and the U.K. are the first and fifth largest economies in the world, respectively, and maintain a deep trade and investment relationship. The Free Trade Agreement has the potential to boost trade, jobs and growth for both economies, and will allow us to help shape the global economy as it recovers.

The recovery will depend to a major extent on small- and medium-sized businesses and the FTA will cut trade barriers and deliver huge gains to this sector of the economy. Also, we want to set a “gold standard” for how two advanced economies can trade together in the digital-driven world of the future.

WWD: How is COVID-19 impacting negotiations?

K.P.: COVID-19 has had a devastating impact on the world, and we want to make sure the U.K. is doing everything it can to improve the economy and get business back on track. So we have been negotiating virtually, over video, with formal sessions and with working groups in-between.

Some 100 officials are involved on both sides, so it is quite an undertaking. We are working through the various chapters — SMEs, digital, procurement, services. It’s been an unorthodox way of negotiating, but we are finding we can be productive. The fourth round of negotiations starts this week. There’s a lot to be done and both sides are keeping up the pace.

WWD: What opportunities exist for luxury brands based in the U.K. who are eyeing the U.S. market?

K.P.: Opportunities are there and growing. E-commerce and digital opportunities are at the forefront of successful routes into market. The U.K. is home to some of the most creative designers and artists in the industry. We also have a rich history of heritage brands that demonstrate the refinement and integrity of British craftsmanship. We are really encouraging brands to focus on supporting the demand for e-commerce orders.

Partnerships and flexibility matter, too. To be honest, this is uncharted territory in a lot of ways, so we want to explore ways with retailers to engage customers at home or from a safe distance. The embassy trade staff in the U.S. includes a retail and fashion team who are helping connect brands with tech companies, retailers, and other partners. So a massive opportunity if we can get it right.