Karl Lagerfeld Celebration Will Be Bigger Than Life

KL in his office on the rue des Saints Fathers.

So on June 20, the vast nave of the Grand Palais in Paris will be wallpapered with 56 towering portraits of Lagerfeld and decked out with three giant LED screens, vast custom carpets, two Steinway pianos, two large bars and a main stage that will welcome a rotating cast of top film and music stars, all with ties to the late designer, who died Feb. 19 after an unprecedented fashion career.

The tribute, named “Karl For Ever,” has been organized by the houses of Chanel, Fendi and Karl Lagerfeld and conceived by theater and opera director Robert Carsen.

“I wanted to celebrate him in the fullest way possible,” Carsen said in an interview Friday, revealing details of the decor and the 90-minute spectacle, which will intersperse video footage with live performances. The cast will include musician Pharrell Williams, dancer Lil Buck, violinist Charlie Siem, and actresses Tilda Swinton, Helen Mirren, Fanny Ardant and Cara Delevingne. 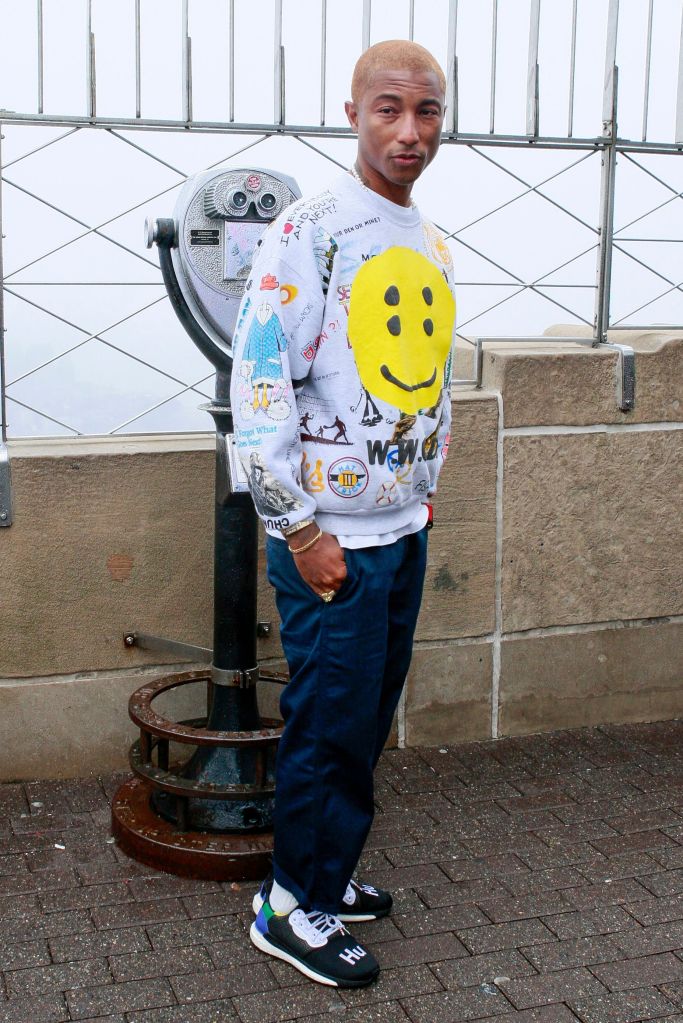 Carsen corralled 60 people to speak on camera in Lagerfeld’s photo studio tucked behind his 7L bookstore and stacked with his extensive collection of art and literary tomes. This who’s who of Lagerfeld’s life spanning fashion, business and the arts is headlined by Alain Wertheimer — who is as famous for being one of the main owners of Chanel, along with his brother Gerard, as he is for never, ever, ever giving interviews.

“I didn’t get the first interview. Karl got the first interview,” Carsen demurred, alluding to the designer joining Chanel back in 1983. As for Wertheimer opening up on camera, he told Carsen: “I’m doing this for Karl, for this occasion, for Paris.”

And yes, Carsen said he interviewed Choupette, Lagerfeld’s beloved feline — but was mum on her purrings.

“It was impossible to have live people speaking. Then we would be in the realm of what Karl didn’t want, homilies and that sort of thing,” he said.

Nor did Carsen want any master of ceremonies. Instead, he snatched clips from filmed interviews, allowing Lagerfeld himself to narrate the proceedings, just as the audience — some 2,000 invited guests — will be surrounded by images of the German-born designer throughout his life.

“This whole thing is all woven and sewn together with Karl in mind, aiming to get the sense of proportion and detail he was so good at,” the director said.

The soft-spoken Canadian immersed himself in mountains of books, plus film footage and interviews galore, eager that the celebration reflect the entire scope of Lagerfeld’s passions, headlined by literature and poetry. According to Carsen, Virginia Woolf’s Orlando is Lagerfeld’s favorite character in fiction, and his first idea for a reader was Tilda Swinton, who portrayed the gender fluid poet in Sally Potter’s cult 1992 film. 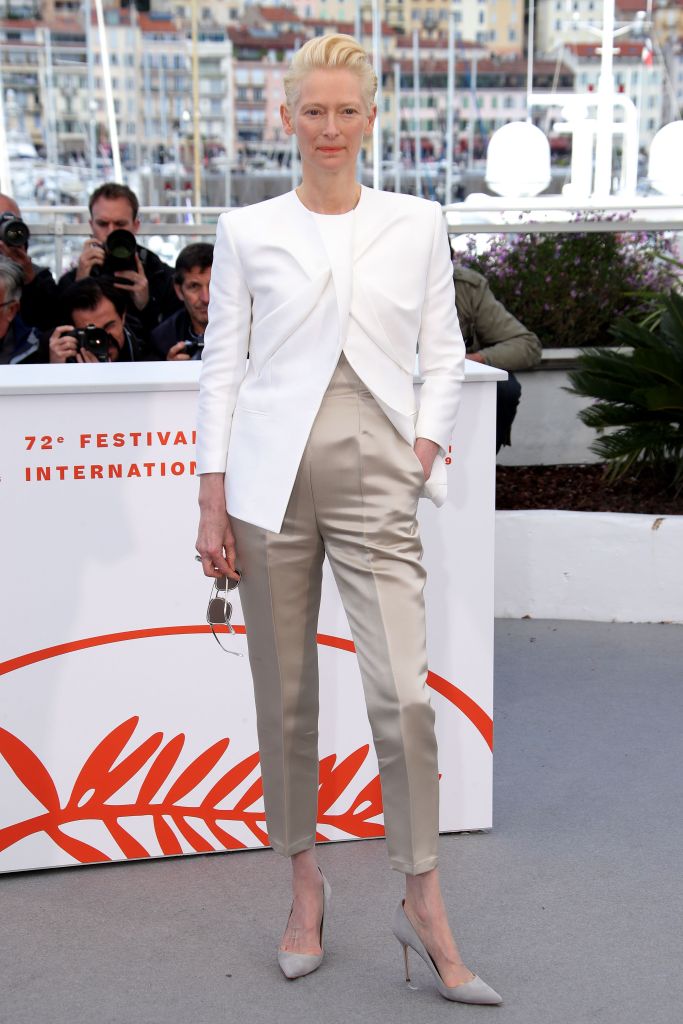 The director discovered that Lagerfeld had photographed Swinton in the film costumes that year, which will feature in his production, while the Scottish actress will read a Woolf excerpt about the meaning of clothes. Swinton accepted without hesitation, he noted.

He also learned of Lagerfeld’s love of Latin music, and so he conscripted German Cornejo’s dance company to fly in from Buenos Aires. Eighteen tango dancers are to perform backed by seven musicians.

Ardant is to read the preface Lagerfeld wrote for the late Italian editor Anna Piaggi’s 1986 book, “Journal de Mode.” But Carsen clammed up when asked what he had in store for Mirren and Delevingne. “They’re doing stuff,” he said with a smile.

Yet his choices are autobiographical. Siem is to perform because Lagerfeld’s mother famously played the violin — and infamously insisted that Lagerfeld, who always wanted to play the piano, pursue sketching instead because “it’ll make less noise,” Carsen related.

There were curious coincidences, too, perhaps not surprising given Lagerfeld’s famously prescient cultural radar. Carsen located two Steinways Lagerfeld had designed in 2003 to celebrate the piano-maker’s 150th anniversary, and his chosen performer, Chinese concert pianist Lang Lang, had a Steinway designed for him this year. 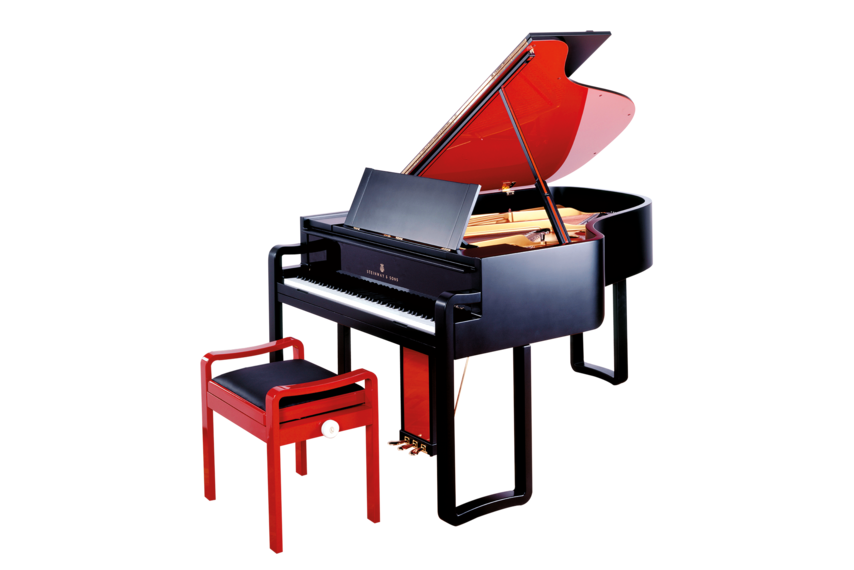 A Steinway designed by Lagerfeld in 2003 to celebrate the piano-maker’s 150th anniversary.  Courtesy Photo

The musical instrument, which Lagerfeld decked out with sled-shaped legs and a gleaming red polish inside, dovetails with Carsen’s color scheme, chairs set alternatively in black and white, Karl’s signature in red in giant script above the stage.

The stage, along with two huge bars for a toast after the memorial performance, are wrapped in aluminum sheeting, a material the designer loved. (Oh, and the bars will be two interlocked Ls — a wink to the famous double-F logo Lagerfeld dashed off for Fendi in 1965 when he first arrived at the Roman fashion house.)

Carsen was adamant that the spectacle should be steeped in culture yet light and uplifting, just like the great man himself.

“I want to surprise the audience the way he always surprised,” he said. “He was not only modern throughout his career, but slightly ahead of his time, which is almost impossible, but without any sense of effort from him. It was totally natural for him to not only embrace change, but initiate it.”

There has been no public ceremony since the designer’s passing. In keeping with Lagerfeld’s wish not to have a public funeral, he was cremated during a private ceremony in Nanterre, France.

Invited guests range from representatives of Chanel, Fendi and the Lagerfeld house to  a host of designers, including Ralph Lauren and Valentino Garavani, as well as actresses, models, editors, retailers and political figures such as Paris mayor Anne Hidalgo and Brigitte Macron,  wife of French president Emmanuel Macron.