Kourtney, Kim and Khloé dish about life, family and their growing business enterprises. 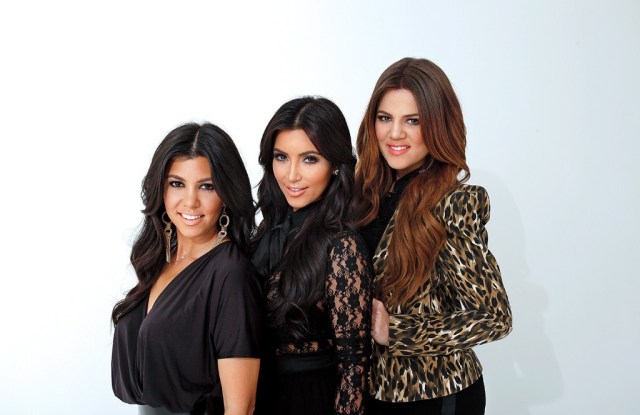 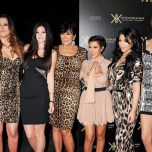 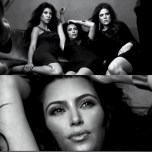 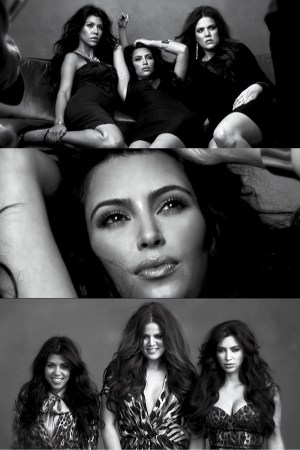 Behind the scenes at the Kardashian sisters’ shoot by Annie Leibovitz for their exclusive collection for Sears.

If anyone is caught up with the Kardashians at this point, it must be Hoda Kotb. The co-host of the fourth hour of the “Today” show spent Monday through Friday of last week, dubbed “Kardashian week” on air, with a rotation of members of America’s premiere reality TV family. They were filling in as guest hosts for Kathie Lee Gifford. Monday was Khloé; Tuesday, Bruce Jenner; Wednesday, Kris, the mom; Thursday, Kourtney and, finally, on Friday it was Kim, the lady of the four-hour E wedding special, “Kim’s Fairytale Wedding: A Kardashian Event,” which everyone was there to plug.

This story first appeared in the October 10, 2011 issue of WWD. Subscribe Today.

Gifford happens to be a longtime friend of the family, and is even godmother to the two youngest of the brood, Kendall and Kylie Jenner, but the “Today” gig had less to do with that connection than the creation of a little cross-network synergy, since the Kardashians and “Today” now find themselves under the same corporate conglomerate, NBCUniversal.

Still, what was more surprising: the fact that Matt Lauer, who is known for his stealth evisceration of reality types during interviews, was overtly fawning over Kim, or that the Kardashians were booked for a weeklong stint on an institution of American morning television, period? It’s another example of how the Kardashians have rewritten the book on branding.

“We look up to people like Kathy Ireland and Jaclyn Smith, people who have had long-standing brands,” said Kim, a month before, when she and her sisters were in the midst of another publicity blitz in New York to launch and promote the Kardashian Kollection at Sears.

In between a morning full of radio appearances, taping the “Late Show With David Letterman” and the Sears launch party held at Annie Leibovitz’s Greenwich Village studio, they posed for a WWD photo shoot. They showed up decked in styles from their Sears collection, which looked much more expensive than it is, and designer shoes (Kim, 30, in Louboutin; Kourtney, 32, in Tom Ford; Khloé, 27, in Charlotte Olympia) with a camera crew, and a handful of hair and makeup people in tow.

With all due respect to Ireland and Smith, who are beautiful and have legitimate businesses, they do not have the tenacity of the Kardashians.

“Lamar [Odom, Khloé’s husband and forward for the L.A. Lakers] and I have a unisex fragrance, Unbreakable, which is also at Sears and our Dash stores,” said Khloé. “Kim has three fragrances that are at Sears and our Dash stores. Kourtney is in the process of getting her fragrance. We have our QVC line, which is K-Dash. We have Kardashian Kollection at Sears. We have an Australian handbag collection, which is like our Sears line but sold in Australia. We have ‘Kardashian Konfidential,’ our book, which is being relaunched in November with extra chapters and extra photos. We have a new novel coming out called ‘Dollhouse.’ We have OPI nail polishes called Kardashian Kolors, which will be out in November on Black Friday. I’m working on a second unisex fragrance with Lamar. And we have the TV shows that we all do.”

Don’t forget QuickTrim, Skechers and a multiseason collaboration with Bebe, Kim’s stake in ShoeDazzle, an e-commerce site for shoes, and Khloé and Lamar’s ads for Wonderful Pistachios. There have been jewelry collaborations, Carl’s Jr. ads and one ill-fated credit card deal.

So far, the Sears deal is the deal, which they plan to expand to home, baby and denim.

People love to lump the Kardashians in the “famous for being famous” lot. But before they went reality, they were retailers with a small but legitimate business. Kris’ mother had owned a children’s store — Shannon & Co. — in La Jolla, Calif., where Kris grew up. In 2006, the sisters opened Dash, their first clothing store, which has since expanded to Miami and SoHo in New York. Fashion was always their thing.

The store has featured prominently in the six seasons of “Keeping Up With the Kardashians” and four spin-offs, the latest of which, “Kourtney and Kim Take New York,” is filming now through the end of this month. The premise there is newlyweds Kim and Kris Humphries share a two-story suite at the Hotel Gansevoort on Park Avenue with Kourtney, her boyfriend Scott Disick, and their son, Mason. All of the shows capture the females of the family running around town dressed to the nines.

Kris Jenner, the matriarch and family manager, says the fashion/beauty branding lightbulb went off after the first season when requests for fashion and beauty credits came rolling in.

“They truly love fashion,” said Vera Wang, who’s been friends with the Jenners since she and Bruce judged the Miss America Pageant together in 1995. “A lot of times, fashion can be too cool for school and they’re unapologetic about it. I think they encourage other girls to embrace it.” Wang designed Khloé’s custom bridal gown and Kim’s three dresses, as well as all the bridesmaids’ ensembles for the big day. Even before she started designing Kim’s dresses, Wang said there were plans to include versions of them in the next collection, which will be shown in two weeks. She said she didn’t know what the impact of all the exposure had been on her business.

Wang thinks the broader appeal is in the family bond. “There’s a charm to them. There is a normalcy — if you can call being followed by paparazzi normal — but there is a normalcy to them. You see them with many things uncamouflaged. They don’t all run around partying. They attend parties but a lot of that is about family life and how they deal. There’s something very comforting and reassuring to us. They really are a family.”

Kim is often billed as the star, but the sisterly dynamic is invaluable to the show and its offshoots.

“It’s so crucial to what we’re doing,” said Jenner. “Any time you can put out a clothing line, like the Sears line or the QVC line with three personalities, three distinct styles — Khloé is tall and fabulous and Kourtney is 5 feet tall. They let you know that it’s OK to be curvy and find the right look for different body types.”

The individual character traits are as evident in person as on the show. All three are polite and professional, but Kourtney and Khloé are warmer, the former mellow but funny, the latter, most likely to tell it like it is. Kim is quiet. She let her sisters do the talking while she fixated on her BlackBerry to the point where it seemed as if Khloé had been elected the official spokeswoman for this interview. “I know when they’re tired,” said Khloé. “So I’ll pick it up and they’ll do the same for me. Kourtney wasn’t feeling well a second ago, Kim’s just.…”

“We just know when to pick it up for each other,” continued Khloé. “Why? Would you like me to shut up now?”

Off camera and on, the family prides itself on its lack of censorship. “If you’re annoyed and you’re talking s–t on the phone or something, [the cameras] are going to come in there,” said Khloé. “We do have editing control, but once you’re already past that emotion and by the time we get to watch the episode, we’re like, ‘Oh, that’s not a big deal, let’s just show it.’ I mean [Kourtney] had her baby on camera. I’ve even let her bikini wax me on camera. If these were my friends, I think I would filter a lot more. But we’re a family.”

Other plotlines have included butt and breast X-rays, discussions of constipation and incontinence.

With immense exposure, and large windfalls, it was widely reported that the family’s net payday for 2010 was $65 million. And with that comes some amount of backlash. Kim, Khloé and Kourtney each have a Q Score in familiarity above 60, meaning 60 percent of those surveyed are familiar with them. But, in typical reality star form, they have high negative scores and low positive scores, averaging around 12 percent positive and 55 percent negative. (Snooki, of “Jersey Shore,” has a 10 positive and 70 negative.) But why shouldn’t they parlay their long, shiny dark hair and curves and kooky family charisma into a big business? Why is that less credible than Martha Stewart, who is a good homemaker?

“Don’t let us forget to tell you about Kardashian Khaos,” said Kourtney, who explains it as the epicenter of Kardashian kitsch — shot glasses, playing cards and beach towels with Kim in a bikini on them, set to open in Las Vegas’ Mirage hotel in November.

Chaos is spelled with a K.

I pointed out that not every C should be changed to a K so capriciously. The girls were unaware of an e-mail sent by a third party public relations agency extending the invitation to celebrate with the Krazy Kardashian Klan. “Like the KKK?” asked Khloé. “No. None of us are the KKK. That’s not good.”