“We have such a large Tristate consumer base, going to New York was always something we wanted to do from the start,” said Hudson.

Fabletics is flexing its retail muscle in New York. On April 27, the El Segundo, Calif.-based activewear line cofounded in 2013 by actress Kate Hudson and part of the TechStyle Fashion Group opens it first physical store at 577 Broadway in Manhattan.

In addition to offering the digital-first brand’s full range of activewear, the 2,743-square-foot SoHo pop-up will have several interactive features to bring its active lifestyle to life, including an Instagram-ready mini boxing ring with custom gloves, and medicine ball installation for on-the-spot crunches.

“We have such a large Tristate consumer base, going to New York was always something we wanted to do from the start,” said Hudson. “What’s exciting about doing the pop-up is we will be able to discover, if we are doing a long-term store, how big and where and what is the most strategic location for the customer. We are super-excited.” 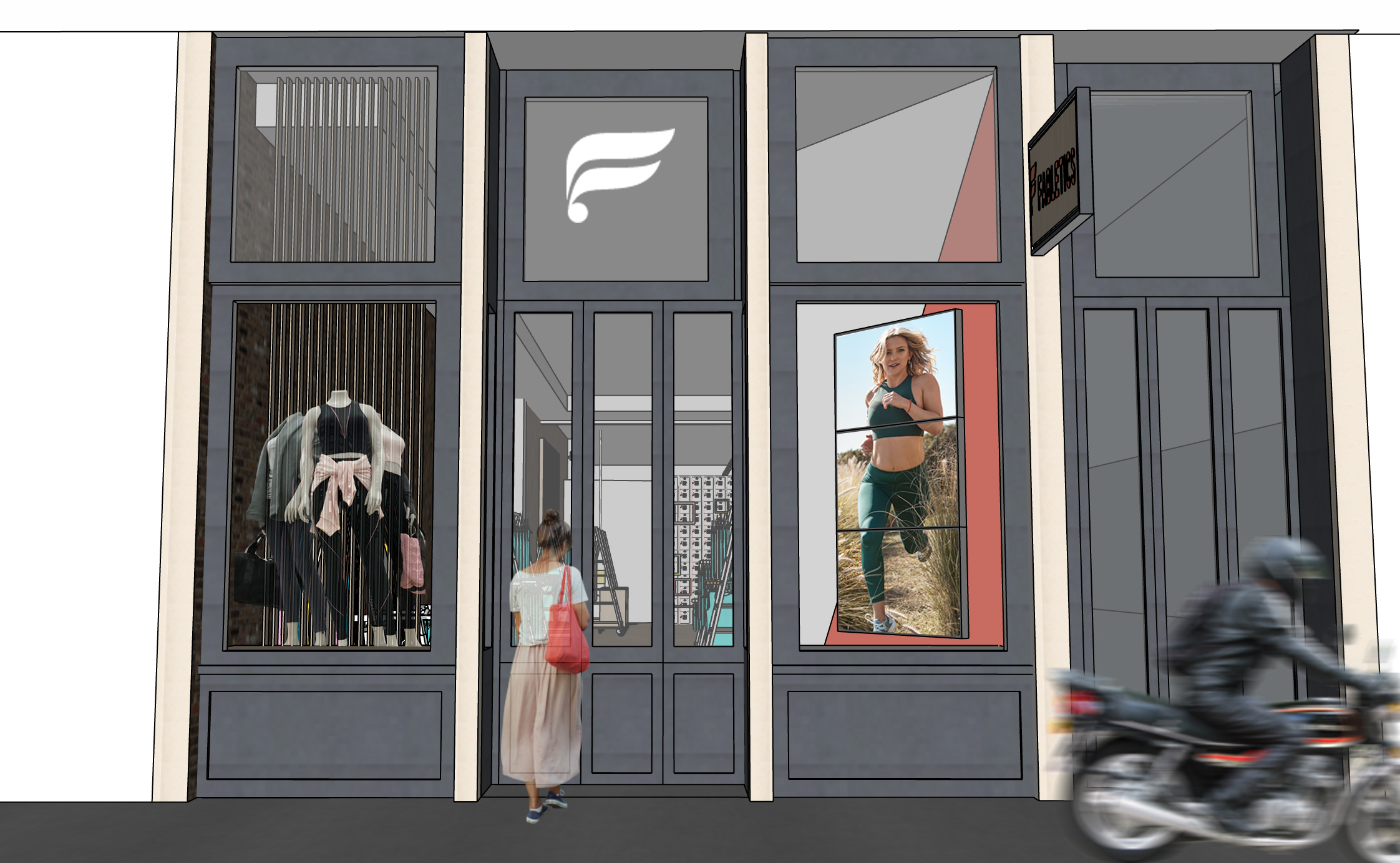 The opening kicks off the brand’s yearlong retail expansion, which will have it adding 12 stores to its 27 existing locations. In April, Fabletics will open SoHo, Jacksonville, Fla. and Austin, Tex. In May through June, locations in Pleasanton, Calif., Garden City, N.Y., and King of Prussia, Penn. will follow. It’s the only division within the TechStyle Fashion Group portfolio — which also includes JustFab, ShoeDazzle and FabKids — that has successfully bridged its online subscription business with growth into brick and mortar, driving some $300 million in annual sales for its parent.

The data-driven brand now has more than 1.5 million members, and its research has found that brick-and-mortar stores have also led to more digital sales, said TechStyle Fashion Group cofounder and co-ceo Adam Goldenberg. “We’ve found that if we have a store within a 30-minute drive, our member is apt to go in that store, become an omnichannel shopper and buy two-and-a-half times as much a year. It’s phenomenal for our brand and members to see and touch. And from a financial standpoint, every store open for 12 months is profitable and we are seeing same-store comps at 25 percent year-over-year in Q1.”

Stores are also functioning as innovation labs, he added, noting that TechStyle requires all employees, from programmers to people in finance, to work the stores. “We heard from our stores that customers would love to see more models on the web site who look like them. So, we launched a feature where now when you go to an outfit, you can select real customers to see it on, someone who is 5-foot-2 or 5-foot-8.” 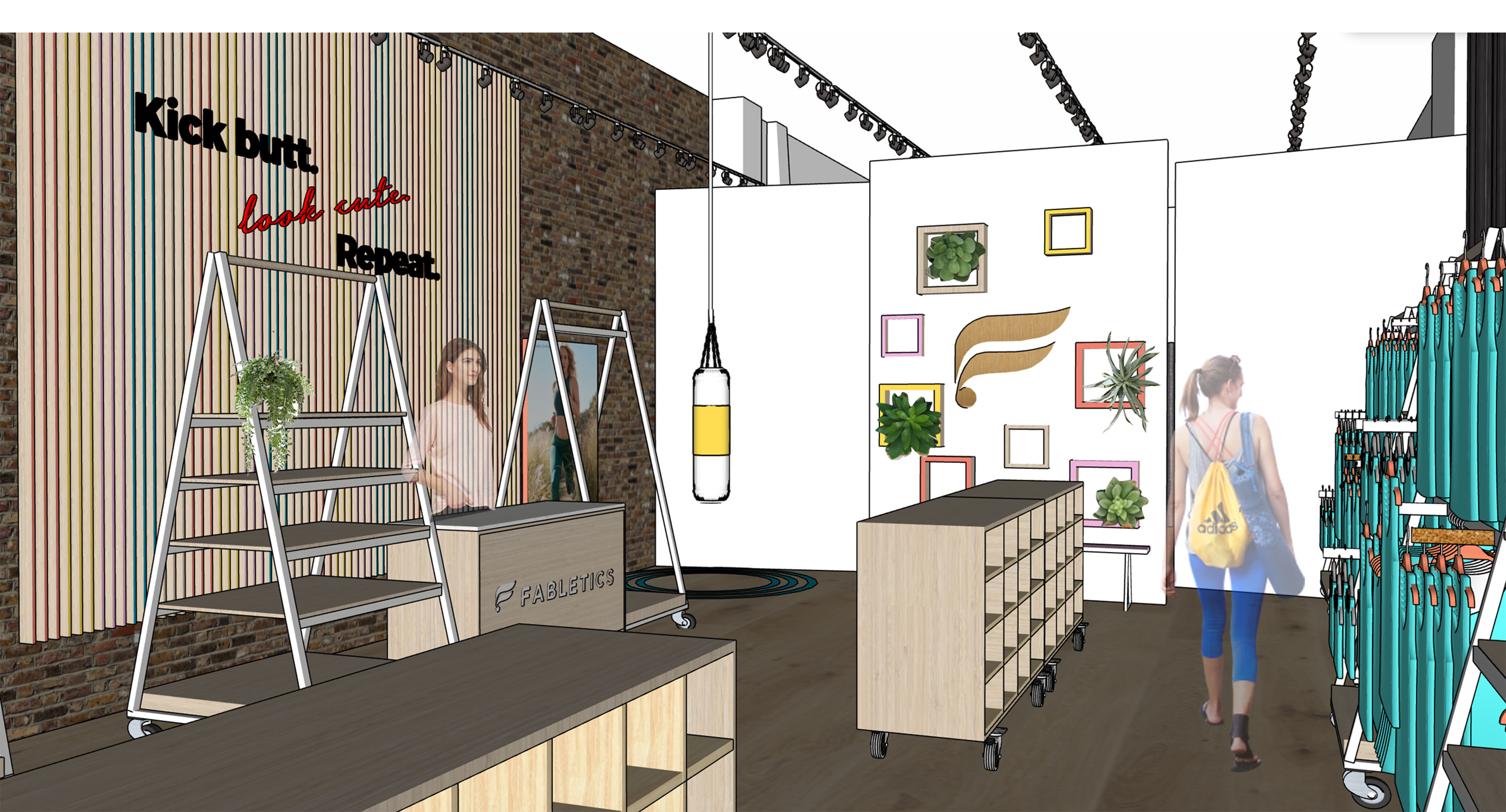 TechStyle has also developed something called “OmniSuite technology,” which offers data on dressing room conversion rates, he said. “It allows us to make improvements to fit you can only get from retail. If you think about how e-commerce usually looks at product fit, they are looking at return rates or reviews. But everyone has had an item they bought online and don’t like the fit of, but don’t hate it enough to return it. If you are in a dressing room, you buy what you really love. We have been able to take items that are good and make them even better by using additional retail data.”

Execs have also worked to redesign the supply chain, said Goldenberg, calling it “the fastest in the activewear market.” “We now have the ability to bring back bestsellers in six to 10 weeks.…We also have predictive analytics, so six weeks before we launch we can predict what will be the bestsellers, make adjustments to buys and marketing campaigns to deliver a better experience to members because we have what she wants in stock.”

“Being a digitally native brand is what lets us have data to do this well, to have success,” added Hudson, who earlier this month announced the launch of her first ready-to-wear label Happy x Nature with New York and Co.

While it’s too early to tell if her two apparel brands will have a halo effect on one another, the actress, who turned 40 on April 19, is on a high. “What’s exciting for me is it’s two totally different companies that can showcase different parts of my personality and fashion sense,” she said.

Goldenberg didn’t rule out collaborations in the future: “I have worked closely with Kate for five years, she’s a phenomenal partner,” he said. “I’m thrilled to see her work on projects she loves.”