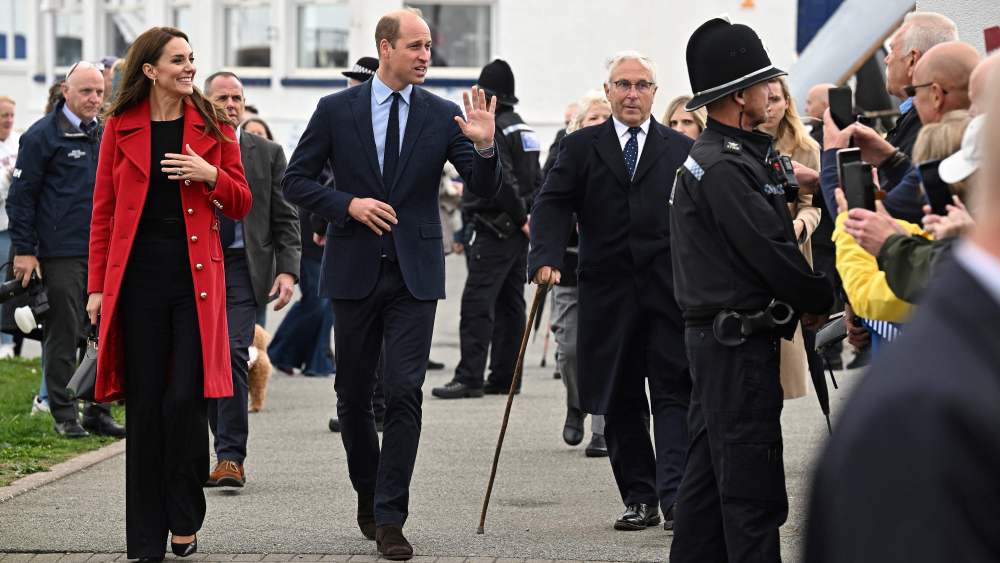 LONDON — William, Prince of Wales and Catherine, Princess of Wales have made their first royal Welsh visit with their new titles.

The royal couple visited Anglesey, an island in Wales, where they resided in Wales between 2010 and 2013, when William was helicopter pilot for the RAF.

Since Queen Elizabeth II’s death on Sept. 8, the prince’s and princess’ roles have changed, and they have added responsibilities as they step one step closer to the throne in the line of succession.

Kate Middleton marked the end of the royal mourning period by wearing a red wool coat from LK Bennett with gold detailing. She carried a Grace Han bag and wore gold earrings from Welsh jewelry brand Spells of Love.

Since becoming the Princess of Wales, Middleton has been nodding to her late mother-in-law, Princess Diana, in her sartorial choices. On Thursday’s visit, she wore a black collarless coat from Dolce & Gabbana similar to Diana’s black double-breasted coat by Jasper Conran that she wore to the service commemorating the 70th anniversary of the armistice at the Arc de Triomphe in Paris, France.

When Diana married Prince Charles, then Prince of Wales, they went on a three-day visit to Wales in October 1981.

On the trip, Diana wore a red suit with a black pleated skirt designed by Donald Campbell and a hat by John Boy.

On Thursday, the couple stepped out for their first royal engagement since the queen’s death. The couple were in full mourning clothing which ended on Monday.

The mourning period extends for seven days after the state funeral for the royal family, which means that members of the royal household must follow the protocol of wearing black or dark clothing.