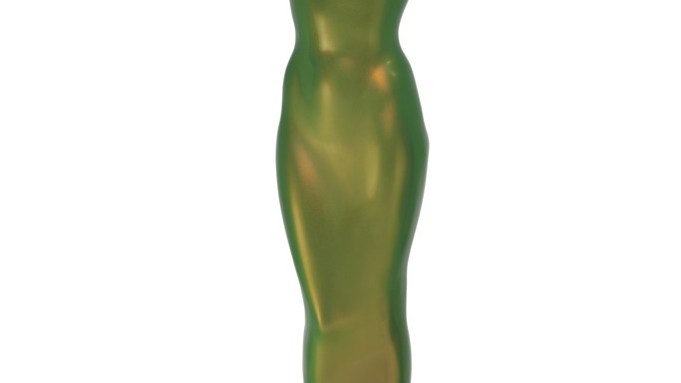 LONDON — A selection of 58 lots featuring Kate Moss in photographs, sculptures, paintings, a collage and a tapestry went under the hammer in an auction at Christies in London on Wednesday night, making a total of $2,663,135.

Among the top ten lots of the 48 sold were “She’s The Light”, a lenticular image in a light box by Chris Levine, as well as a 1992 Mario Sorrenti image of Moss reclining on a couch for a Calvin Klein Obsession campaign, and a photograph of the model taken by Craig McDean for iD magazine in 2002 — all of which set new records for the artists at auction.

Philippe Garner, Christies’ international head of photographs, described the sale as a “celebration of the great modern muse Kate Moss” and noted that while the top prices were achieved by established artists, there were strong results for the likes of Levine, andfashion photographers Mert & Marcus, Nick Knight and David Sims.

Also sold was the 2003 British Vogue image by Knight depicting Moss as David Bowie’s “Aladdin Sane”; a 1999 U.S. Vogue cover by Annie Leibovitz; and an image of the model in a torn mesh veil, shot by Albert Watson in 1993. There was also a collage by Sir Peter Blake, a tapestry by Chuck Close and a sculpture of Moss as a naked angel by Nick Knight.