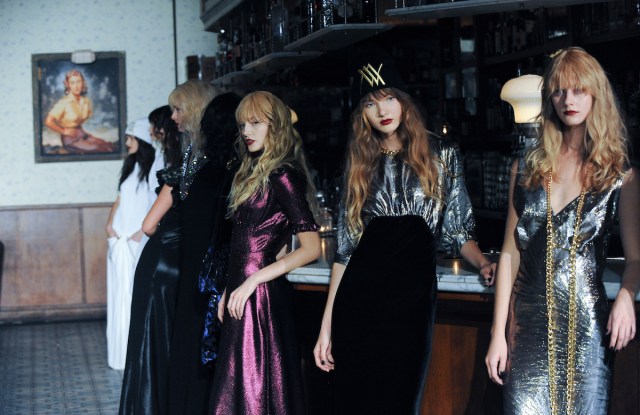 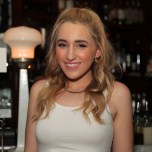 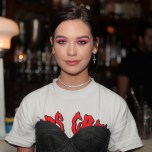 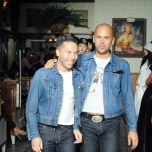 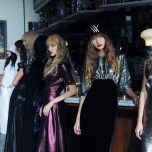 For Brian Wolk and Claude Morais, instant fashion and seasonless dressing have been the rule rather than the exception with their Wolk Morais line, which they founded when they moved to Los Angeles almost two years ago. On Sunday night, they unveiled their fourth collection at Harlowe bar in West Hollywood, veering from the traditional fashion show calendar and the typical range of offerings.

While Wolk Morais’ first two collections, shown in an art gallery and a café, respectively, contained both daytime and nighttime options, their last one focused on clothes that young Angelenos could wear to go out dancing. Inspired by their Saturday nights at club Giorgio’s, where they also showed the line, collection three was full of short, sexy dresses and languid lame jumpsuits.

“Collection 4” as they called it, adhering to neither resort or pre-season monikers, focused on red carpet gowns inspired by pre-code Hollywood (the period from 1928 to 1934 before movies had a rating system) and the street fashion of Fairfax Avenue, the retail thoroughfare in the middle of their West Hollywood neighborhood. Everything in the collection was made, sourced and designed in Los Angeles, including the oversize chain necklaces and the embroidery on gowns and hats.

Celebrity stylist Elizabeth Stewart, who serves as the duo’s mentor and show stylist, cast her teenage son and daughter as runway models, while the starlets Kelli Berglund, Chandler Kinney, Zelda Williams and Claudia Lee sat on leather banquettes to take in the show.

“Pre-code Hollywood had these really empowered women, Jean Harlow being one of the most famous, in films that dealt with issues like homosexuality and drug use. It’s just incredible to see these films like ‘The Readhead,’ ‘Lady,’ and ‘Dinner at 8’ being so far ahead of their time,” said Wolk, who watches them obsessively with Morais on Amazon Prime. “They are really inspiring to us because they were made here at a time when there was so much artistic freedom. This inspiration came before the election, but after the election the idea seemed to perfectly in tune with the zeitgeist.”

One could see the vintage Hollywood elements in the long, bias-cut crepe gowns with lady-like collars, bows and ruffled sleeves. As for the streetwear element, the gold chevron embroidery on the sleeves and the new Wolk Morais logo on knit beanies were done at a shop on Fairfax that embroiders baseball caps.

“We wanted to do long dresses that weren’t structured evening gowns to introduce our idea of softness to the red carpet because a lot of times that corseting is not really free and we wanted our woman to feel empowered and free,” said Wolk as Morais did a final runthrough backstage pre-show. “Bias cut also allows for different body types. In a way, it was the first Spandex.”

There were also a few short numbers in the mix, and the duo continued their love of colorful lame fabrics too. Oversize bomber jackets and a jumpsuit – shown on guys – underscored the street element.

Here, the term “streetwear” was also literal. “We rolled our collection here from our studio two blocks away. We have the lowest carbon footprint ever. I don’t even drive, so anywhere we show we want to be able to walk to,” said Morais.