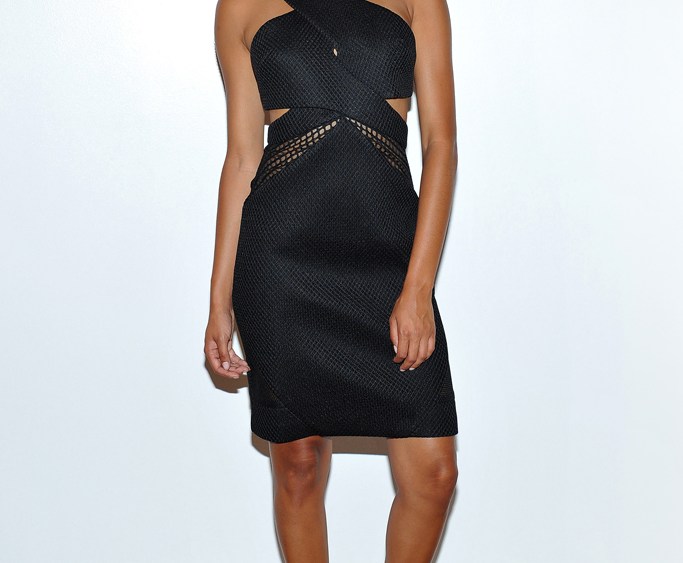 LOS ANGELES — Fashion is full of sister acts: There are Mary Kate and Ashley Olsen, Poppy and Cara Delevingne, Paris and Nicky Hilton, Simone and Nicky Zimmermann, Beyoncé and Solange Knowles, and the list goes on. Now, in perhaps a forgone conclusion, Kendall and Kylie Jenner are set to debut their own line, Kendall + Kylie, for spring 2016.

Given their enormous reach — a combined 72 million social followers — the youngest members of the Kardashian-Jenner clan are poised to cash in on a lucrative fashion venture. The contemporary line — all pieces retail for under $250 — is dress and top heavy, but comprises a range of styles from jeans, jumpsuits and trench coats, as well as swimsuits and cover-ups, manufactured by 3072541 Canada Inc. Kendall + Kylie will also launch a shoe collection manufactured by Marc Fisher Footwear.

It’s the first time the sisters — who also appear together in Balmain’s spring ad campaign — have put their stamp on a collection that reflects their current tastes and styles they actually wear. The line combines Kendall’s more classic, feminine style and Kylie’s more edgy streetwear, taken in a palette of mostly black and white with pale pink and blue accents.

“This is all us. It’s enjoyable to be able to fully create,” said Kendall. “It’s a lot different from our Topshop and PacSun collections because those were both collaborations, so they obviously had a say in everything.”

Added Kylie: “I feel like we’ve both really evolved our styles, and this represents what we want to wear.”

There are Sixties-inspired Neoprene lace-up shifts, silk blouses, a chambray off-the-shoulder top and matching skirt embellished with white eyelet embroidery, a gingham silk shantung top and matching cropped pants, and a myriad of knit crop top and skirt sets. Most of the solid black and white pieces are full of texture and detail, such as back-cut outs, mixing mesh and lace with jersey and crepe and French seams on the inside of a washed silk trench or sleeveless tuxedo-style dress.

While the line sits in a higher price point than their last two ventures, it stays true to their older sisters’ and mother’s philosophies about making things accessible for fans eager to own a bit of their lifestyle, Kendall noted. “One main thing that we wanted to cover was to make sure that it was affordable and still beautiful.”

No doubt Instagram will be full of selfies of the girls wearing the various pieces they excitedly pulled off the showroom racks during the WWD shoot (“It’s the first time we’re seeing everything in person so we went crazy,” said Kylie), but they made a conscious decision not to be the faces for the look book or marketing campaign.

“Designing is something that we’ve always wanted to do, and I think it’s really cool to kind of step back and put the looks together and be a part of the shoot when it’s a different model modeling it and actually being the creative person behind it,” said Kendall. “And to make it more about the clothes,” added Kylie.

Gary Hunt, chief executive officer of 3072541 Canada Inc., agreed. “One can look at the celebrity status of Kendall and Kylie and think, ‘You’re just hitching yourself to a bandwagon of people who are super successful.’ But what’s important here, just like the Row or other brands that have celebrities attached to them, is the product itself. Yes, the name will get people into the store, but what gets them coming back will be what you see on the racks here. We designed it hopefully to succeed even if there was no name on the label. I would rather you say, ‘I love that! Oh look, it’s by Kendall and Kylie,’ rather than, ‘Where’s Kendall and Kylie? I want to buy something with their label on it.’”

Kendall + Kylie’s target retailers include high-end departments stores such as Saks Fifth Avenue, Bloomingdale’s and Nordstrom as well as Shopbop.com and Revolve.com. Creative director Chelsey Santry, formerly of Patterson J. Kincaid, LaRok and Elizabeth and James, noted, “We’re going after true contemporary shoppers. Social media will definitely be a part of the marketing because of who the girls are, of course, but it’s not just online where you can get this.”

The brand book points out that 84 percent of the Kendall + Kylie 18 to 35-year-old target audience prefers shopping at retail versus online.

Asked how they manage to work on the line with their packed schedules, Kendall stifles a yawn and offers, “I mean, definitely, we’re very busy. But it’s almost like not working when we get to do stuff like this because it’s actually fun and we enjoy sitting down and looking at the pieces and figuring stuff out.”

Both said that the difference between flats and samples made for the biggest learning curve. “You can always see something on a piece of paper but once it’s actually in front of you there are little details that you have to fix and change,” said Kendall. “Yeah, it’s the things you see on the piece of paper that you might not love at first that come out the best,” said Kylie.

As for which designers inspire them, Kylie said, “We love Alexander Wang, always,” while Kendall referenced the Olsens. “It reminds me of a Mary Kate and Ashley kind of thing,” she said of the effort to create a line that could eventually exist apart from their famous names and faces. “If it just kind of continues to grow like that…” before her sister finished, “it’ll just get better and better.”