The Nigerian designer is seeking investors for his brand, a favorite of Naomi Campbell, as he gears up for his Paris runway debut.

PARIS — This time last year, Kenneth Ize was preparing to showcase his work in Paris as one of the semifinalists of the LVMH Prize for Young Designers. Twelve months on, he’s gearing up for his first runway show in the French capital, to be held on the opening day of Paris Fashion Week.

“I wasn’t expecting this to come that soon, so it’s just an amazing journey,” marveled the Nigerian designer, who made it to the finals of the LVMH Prize. Though he didn’t leave with an award, the connections he made in Paris have opened many doors, with Ize’s retail network doubling to 18 stores for the spring 2020 season.

Having shown at Arise Fashion Week last April, he’s ready to bring his gender-fluid collection to a bigger stage, with the support of Naomi Campbell, who co-owns the fashion week held in Lagos. The British model is expected at the Paris show, to be held at the Palais de Tokyo on Feb. 24, though whether she will model for Ize again, or sit in the front row, is undecided.

“I just need to grow this brand and I need to open it to investors,” Ize said of his decision to show in the French capital. “When it comes to the fashion industry, Paris is the place where people get connected, and I would like to be in that environment to also promote my culture, which is very important.” 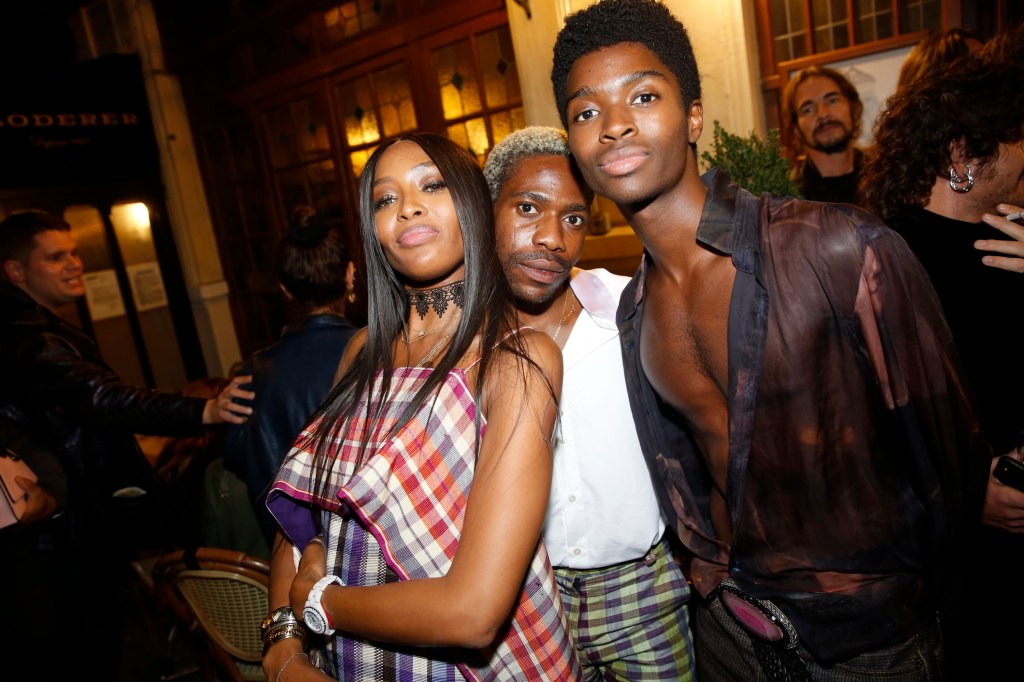 Ize (pronounced Ee-zay) noted that he only recently became aware, watching a video on YouTube, that the team at the Dior haute couture workshop in Paris includes a man of African descent. That blew him away, since growing up, he saw few African role models in fashion.

“We’re not really taught to be tailors at school,” he explained. “The apprenticeships we have are not of the level of the ones here in Europe. Clothes are made differently, so I never really believed that people like that really existed. It baffles me.”

He hopes his show will not only inspire budding fashion designers from the African continent, but also generate enough business to train more people in Nigeria where he makes his signature plaid fabric, inspired by the aso oke cloth woven by the Yoruba people.

Though he works with just five weavers, Ize is building a center in the western Nigerian city of Ilorin that will double as a production unit and a training facility. “We’re also fighting for the weaving to be in the Nigerian school curriculum,” said the designer, who wants his team to stage presentations in public schools.

Ize until recently split his time between Lagos and Vienna, where he studied at the University of Applied Arts under Hussein Chalayan and Bernhard Willhelm. He’s in the process of relocating to Italy, having moved the manufacturing of his collections to Vicenza from Eastern Europe (mainly Hungary and the Czech Republic).

“It wasn’t comfortable and now I have a production company that’s really big. It creates more time to also not rush things,” he said. “I just want the garments to be really beautiful and full of craftsmanship.”

His fall collection is inspired by his memories of going to church with his mother, and the clothes she would pick for different occasions: African designs for her Sunday best outfits, and tailored pieces on Mondays, when she would join other members of a Catholic women’s organization to count the weekend’s donations.

In a departure from recent seasons, Ize will feature the aso oke fabric alongside denim and embroidery fabric from HKG Embroideries in Austria, a company that has historically catered to Nigerians seeking imported lace and george fabrics for the uniform dresses worn on social occasions.

“I want to play with a mix of things,” he said. “It’s something that I’ve always wanted to do because I believe in inclusivity. I’ve lived in Europe all my life and now I live in Nigeria. I have a clash of two cultures, and this is who I am, and this is what I want to see in the clothes.” 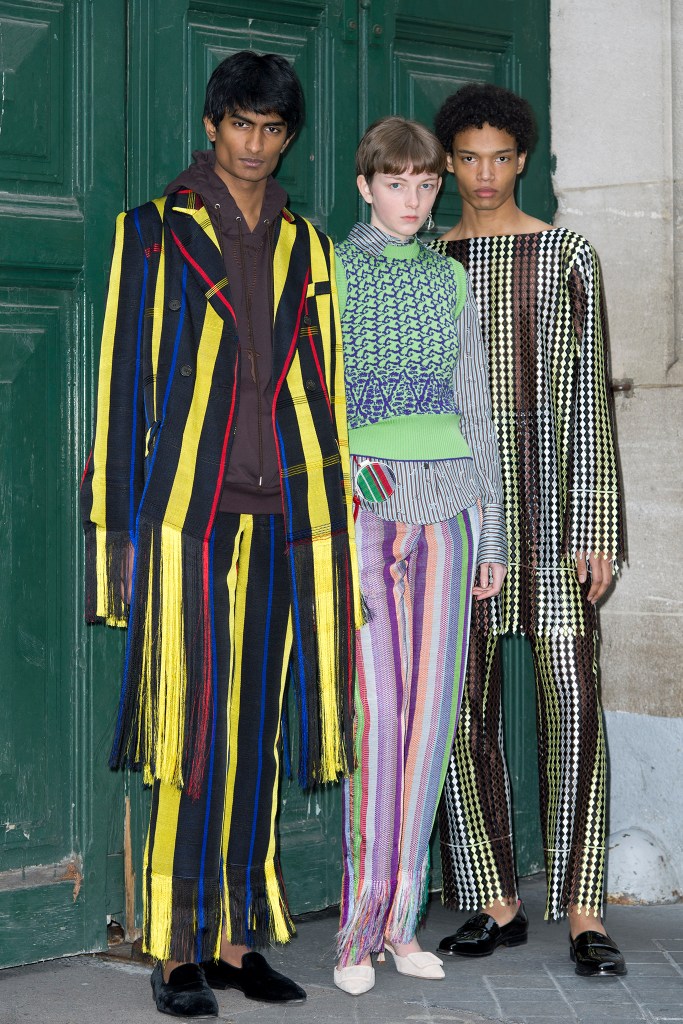 His spring collection has been picked up by stores including Browns, which hosted a dinner in his honor in Paris last September, and Machine A in London; Alara in Lagos; Addicted in Seoul; Ikram in Chicago; H. Lorenzo in Los Angeles; Park in Vienna, and online retailer 24S, owned by LVMH Moët Hennessy Louis Vuitton.

Ize hopes that bringing in investors would allow him to grow even faster. “I don’t have a background in business education, so I would be really open to have that around me and see how I could scale up,” he explained.

Though the designer hopes to continue showing in Paris, he won’t turn his back on his home market. “Arise is family. Arise is also sponsoring the show in Paris, and I think this is also the vision of Arise, which is to build that brand to an international market,” Ize said.

“I need to show it to people from where it’s from. I believe strongly in the use of Nigeria because they are so creative. These guys are unbelievable. I wouldn’t want to take away from them. I also want to give back because they’ve given me so much, so showing them these clothes is definitely very important to me,” he concluded.