The platform has become the fashion world’s prime means of communication as designers, bloggers, editors, assistants and even retailers rush to gain followers. 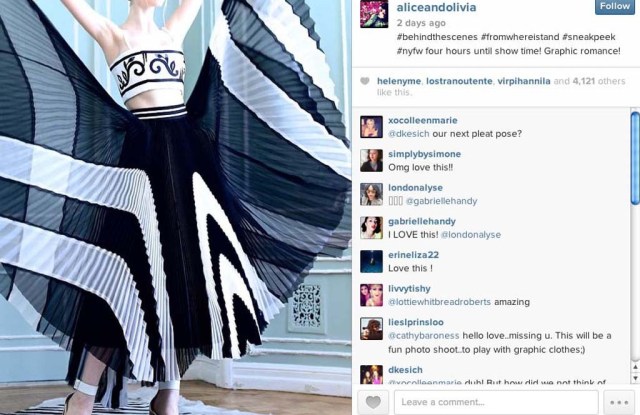 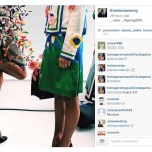 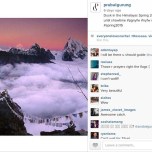 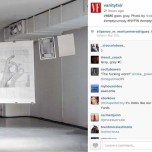 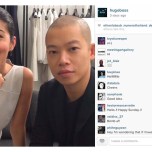 Fashion has been a focus of the shows these past nine days. But the focus has been on tech.

Amid live-streaming, tweeting, Twitter’s introduction of the “buy” button, Apple’s unveiling of the Apple Watch and the nonstop Instagramming from designers, brands and showgoers, fashion insiders are as engrossed in social media, smartphones and wearables as they are colors for spring, the new shapes and who is sitting in the front row (only so they can Instagram it).

This story first appeared in the September 11, 2014 issue of WWD. Subscribe Today.

While Twitter is still used throughout the fashion pack to get a quick message out — texts are used to set up dinner dates or drinks — Instagram has become the fashion world’s prime means of communication as designers, bloggers, editors, assistants and even retailers rush to gain followers and raise not only their profiles but, hopefully, that of the companies they work for.

So, one would assume Instagram cofounder Kevin Systrom would be as feted in the front rows of fashion as Anna, Glenda and Robbie & co. Not so. Systrom didn’t even go to any shows (although he did attend the Met Gala). Nonetheless, he talked with WWD about the platform’s place in the industry, which brands are innovative and how to cope with social-media clutter.

WWD: How much of your advertising today comes from fashion?

Kevin Systrom: The first advertiser was a fashion brand. We had 10 initial partners for the advertising rollout, and three were fashion- and retail-related: Michael Kors, Burberry and Macy’s.

Michael Kors was the first campaign to run. I remember it going so well; we didn’t know what to expect.

Somewhere around a third [of our advertising comes from fashion and retail brands]. In my experience, we work with everyone from Ralph Lauren to Banana Republic to Victoria’s Secret, Hollister and Abercrombie & Fitch. There are a handful [of fashion brands]; I review every ad before it comes on.

[We started] working with fashion because their creative is beautiful and they tend to use Instagram already as a platform.

WWD: What was the first fashion week that Instagram was involved in?

K.S.: In terms of actual participation, we’ve been going to basically every [fashion week] since 2011 — but when I say we went, it was informally or just generally around an area where it was happening. We have sent people from [our] community team. Now we’re so ingrained [in it].

WWD: How has this evolved?

K.S.: What we really do now is proactively reach out and engage with different fashion brands to make sure we’re building the right product. [We] always look for feedback and the opportunity to enable new behavior. While I can’t speak to specific examples, I can say there’s a team here on the ground, and we have a fashion vertical community manager.

WWD: Can you speak to the role Instagram plays during this time?

K.S.: Our goal is not to be the center of attention [but] to be a platform for others to tell their story most effectively. We provide tools to do that, whether it’s Hyperlapse or filters. That’s our job. We support the fashion industry because we love people that can tell their stories visually.

One of my philosophies is that … we should not necessarily be the ones running a big fashion-week thing; [we should be] supporting it. I’d rather be the supporting story and let folks tell their own story and not let the attention be on Instagram, specifically. I think we’ve done a good job working with brands on this.

WWD: What has your learning curve been in fashion?

K.S.: I’ve always been interested in fashion, [but] not from a high-fashion perspective. I wouldn’t consider myself a high-fashion expert as much as an admirer.

My background is in photo and design; I love all things beautifully crafted and artistic. Where I come from is really a position of loving things because they are beautiful. Many of the brands I’m most interested in are Brunello Cucinelli or Rag & Bone. Those are the types of things I get into. Trust me, I [also] learn a lot by attending things like the Met Gala.

Karlie Kloss has become a good friend because she’s dating one of the original investors in Instagram [Joshua Kushner], and [she not only] brought us around and introduced me to her good friends but people she works with, like Oscar de la Renta. Our worlds are so far apart but so intimately connected. They’ve forever changed my business, and we, hopefully, have changed theirs, as well.

WWD: Which fashion brands use Instagram in an innovative way?

K.S.: Public School did a Hyperlapse behind-the-scenes video, and Coco Rocha did a Hyperlapse video of the Mango show. These are people who are going out of their way to use a new tool that is virtually untested in the fashion world, and [they are] finding it easy to incorporate into their story. We have come so far as a fashion community. It used to be, “Do you want to adopt social media?” Now, an app is launched by Instagram, and you’re adopting it within a day and using it to tell your story.

WWD: Who does it right?

K.S.: I’ve spent a lot of time thinking about this lately. The problem that I face is that, as you look at fashion brands adapting [to] Instagram, there are so many. At some place, you’re not sure who does it right versus who is experimenting.

Like Thom Browne — they are a supereclectic and cool brand. They did this collaboration with @AGuyNamedPatrick [winner of the CFDA’s Fashion Instagrammer of the Year Award]. That developed into a unique relationship…they got to know each other. It was a true collaboration. He’s actually going to be shooting their show this fall and publishing those images on his feed but also for CFDA’s feed.

Another example is Stella McCartney. On the personal side, Stella shares things like vegetables and flowers and signs her posts, but she also does things like TBTs [Throwback Thursdays] of her parents. She’s participating in the community, not just the commercial aspect of the venture. The spring presentation in the garden was a great way of how they think about Instagram when they stage an event: [It was a] combination of Instagram and an event at once, melding together. It’s not just “Oh, yeah, we do social media”; it’s “Social media is part of the fabric of what we do.” It was an awesome night of Instagramming and attention for the clothes.

Those are two great examples. [It has to be a] collaboration between the community and brand and a sensitivity not to make Instagram tacked on. [You have to] make it part of the story itself.

WWD: What’s been the most successful fashion program to date? Whether in engagement or new followers gained?

K.S.: We haven’t had a fashion advertising campaign yet that hasn’t gone well.

[As far as nonadvertising-related campaigns go] Cast Me Marc. [Marc Jacobs turned to Instagram to cast models for an ad campaign.]

WWD: Right now, Instagram appears to be the social network of choice for fashion, and it’s a highly lucrative market. How do you keep that? How do you defend your position?

K.S.: There are two things I do to run the company. Fashion is probably the most important vertical we get right. Not only is it just a natural platform for fashion because of its visual nature, but fashion has come to us as well, saying, “We want to use this to communicate our story.” When you get a marriage of excitement from both sides, you have to make sure that goes really well. We have to make sure we hire the world’s best and brightest to work on this everyday.

WWD: How do you fight social-media clutter?

K.S.: The beautiful thing about Instagram is that it’s so easy to consume. I don’t mind if I follow too many people. It keeps my feed really fresh. But what I try to do often is find the accounts that I haven’t followed yet — through this thing we launched [that allows the user to suggest similar accounts to follow]. I just started following Margiela, and I got [a recommendation to follow] Comme des Garçons, so I started following them as well. In some ways, we’re “compounding the issue” but it’s what makes it fun.