Kids’ Apparel Stronger Than Most Categories

When it comes to kids’ apparel these days, value and price are more paramount than ever.

By Cecily Hall and Julee Kaplan on July 6, 2009
View Slideshow 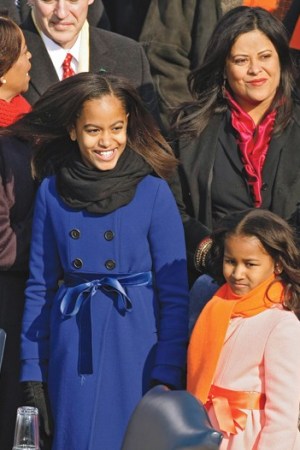 When it comes to kids’ apparel these days, value and price are more paramount than ever.

This story first appeared in the July 6, 2009 issue of WWD. Subscribe Today.

The children’s wear market — like any other branch of the apparel business — has witnessed some setbacks throughout the recession, but appears to have performed better than most categories.

“Traditionally, in most economic downturns, the kids’ business almost weathers the storm better than other segments of the apparel market,” said Marshal Cohen, chief industry analyst of market research firm The NPD Group. “It chugs right along, because the youth market continues to outwear and outgrow the products. You can’t send kids to school wearing two-year-old jeans — they’re outgrown.”

Sue Riley, executive vice president of The Children’s Place, agreed. “Children’s wear remains somewhat robust in this tough economy — business has held up very well, as you see this migration toward value. Kids grow. Parents can keep older items of clothing in their rotation — but their kids can’t.”

She pointed out since the back-to-school season last year, consumers have purely been buying based on need. “Mom is waiting to buy until she absolutely has to have the items. This has been exacerbated as the economy has deteriorated. People are waiting for markdowns, and promotions and events drive the traffic.”

Overall, the boys’ and girls’ market combined reached sales of $19.5 billion from June 2008 to May 2009, a decrease of 2.1 percent. Segments that performed poorly were tailored clothing, bottoms and underwear for boys; for girls, tailored clothing, intimate apparel and bottoms. But fleecewear, sleepwear and swimwear showed positive gains for boys, while accessories, outerwear and fleecewear were top performers for girls.

Cohen predicted, “We are going to see a retrenchment in the youth market. It’s all about back-to-basics, and how to complement them with a few pieces of apparel and accessories. Commodities, socks, and T-shirts will be must-haves, and they’ll get mixed in with a few fashion components. Going forward, it’s all about the ‘price wars’ and the ‘basics wars.’ Those two key points are going to change the dynamic of the kids’ fashion business as a whole.”

However, while the market has managed to ward off the toughest of the recession, the luxury side is taking a beating: Best & Co. shuttered its Greenwich, Conn., store after filing for Chapter 7 on June 26 and will be closing its in-store shop at Bergdorf Goodman, as well, while Talbots closed its kids concept stores as of last fall — perhaps as a result of high prices in a market that continues to emphasize lower prices and value.

One area of the business that seems to be standing out for girls — accessories.

“This is the ideal segment where both kids and parents themselves can update their wardrobes without having to spend a large amount of money,” said Cohen.

He added, “Target is putting handbags front and center, along with hats, legwear and sunglasses. Accessories are big now. It’s not going to be any different in stores across the kids’ market.” Regarding accessories, a spokeswoman for Target added, “We continue to see strong sales in both our boys and girls fashion sock categories.”

The fact that the first family is also choosing to dress its two children more casually is surely a boon to retailers that are emphasizing both value and price.

President Obama’s daughters, Malia (who turned 11 on July 4) and Sasha (age 8), chose to wear J. Crew’s Crewcuts line to the inauguration of their father and throughout the course of the inauguration weekend’s festivities. Crewcuts, which represents a playful take on the adult J. Crew collection, was created for parents looking for well-made children’s clothing at friendlier prices, the company said. The collection, which features the best of J. Crew items — only smaller — continues to offer the high quality and signature J. Crew “classics with a twist” style.

Meanwhile, other specialty retailers, such as Gymboree Corp., are on an expansion tear. The San Francisco-based brand, which operates 619 Gymboree locations and 126 Gymboree Outlet stores — along with 118 Janie and Jack shops and 38 Crazy 8 children’s stores — across the U.S., Canada and Puerto Rico., plans to open 60 stores, consisting of 21 Gymboree units, 12 Gymboree Outlet stores, two Janie and Jack shops and 25 Crazy 8 stores.

“For years I’ve wanted to create a collection for kids,” McCartney stated. “It’s something I’ve often been asked about. I believe that this one-off collaboration will be a great way for customers to be able to participate in the Stella McCartney brand. I believe that kids’ clothing should be more accessibly priced, which is particularly important at the moment, given the current climate.”

Joseph Boitano, group senior vice president, general merchandise manager of women’s ready-to-wear and children at Saks Fifth Avenue, said, “The Saks children’s department has always been a destination for special occasions and for gift-giving. These areas continue to be our strongest businesses today.”

“Ralph Lauren and Burberry continue to resonate with our clients as they offer strong design at a great price-value proposition,” said Boitano.

He said the store built its children’s business on layettes, and that area continues to thrive. “Customers are willing to invest in gift-giving to celebrate the arrival of a newborn,” said Boitano.

Meanwhile, stores have been hearing positive feedback from consumers shopping for their children. Holly Sheets, Kmart’s divisional merchandise manager for kids’ apparel, told WWD, “Dresses and fashion items have remained popular this year. Moms are pleasantly surprised by the fashion they can get for their kids at such low prices. We have worked to establish authority in specific categories, like denim for back-to-school shopping, and our customers are responding positively to those efforts.”

And there are plenty of signs to indicate the market will remain strong: Teen retailer Aéropostale opened its first P.S. From Aéropostale store last month. The chain targets the seven- to 12-year-old set, just slightly younger than the core Aéropostale demographic. American Eagle launched its children’s apparel retail concept called 77kids by american eagle, aimed at youngsters between the ages of two and 10, last year. Jean Paul Gaultier signed a license agreement for children’s wear with France’s Zannier Group last year, as well. The first collection, consisting of about 120 pieces for girls and boys ages two to 14, was unveiled to the trade in January for the fall.