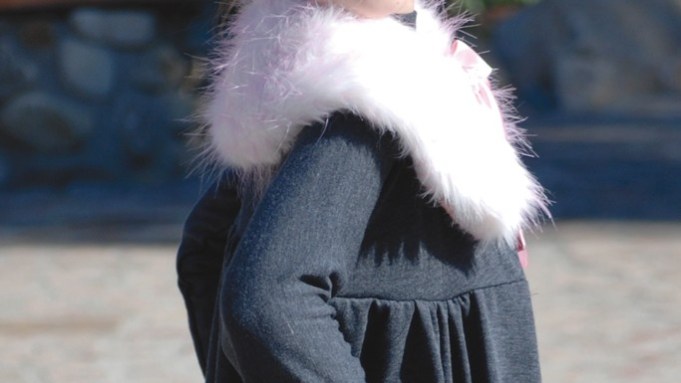 Whether out of necessity, guilt or indulgence, parents continue to refresh their children’s wardrobes, and with that in mind, vendors heading to the ENK International Children’s Club show are encouraged about growth.

Attendees will have plenty of sportswear and accessories to peruse at the three-day show, which gets going Jan. 22 at the Jacob K. Javits Convention Center in New York. This time around, there will be 315 collections, about 15 percent more than last January, when 268 lines were showcased. The January show has become increasingly important, since it gives buyers the opportunity to buy immediate goods, to round out their spring purchases and get a first look at fall, according to ENK International’s president Elyse Kroll. With holiday sales behind them, retailers also have a better read on business, she said.

Stores are more intent than ever in scouting out more fashionable items, Kroll added.

RELATED STORY: Ones to Watch at Pitti Bimbo >>

“The days of [offering] just pink for girls and blue for boys are long gone — social media, celebrities, the Internet and TV have infused the children’s market with spirit, style and contemporary fashion. This type of fashion sophistication certainly has helped the market move forward in these uncertain economic times,” Kroll said. “If you go into Gap for jeans, there are all different cuts — straight leg, carpenter pants, skinny jeans, boot-leg. Everything they do for adults, they do for kids.”

Perhaps stemming from the success Stella McCartney and other top-tier designers have had with children’s wear collections, other big names are getting into the sector. For the first time in his 45-year career, Oscar de la Renta is developing an in-house children’s wear collection. The designer recruited Catherine Monteiro de Barros, who was founder and designer of the Lisbon-based luxury children’s brand Papo d’Anjo, to head up the effort.

Last month, Lanvin Petite opened a pop-up shop to showcase Alber Elbaz’s designs for the pint-sized set, and Versace opened its first boutique in Milan dedicated to its Young Versace kids’ line. In March, Roger Vivier Jeune Fille, a collection of children’s shoes, will bow in stores. And just before the holidays, Jessica and Ashlee Simpson launched their new girls’ line under the Jessica Simpson label.

Heidi Weisel will unveil an assortment of cashmere pieces for babies at Children’s Club. With wholesale prices ranging from $40 to $175, the designer’s blankets, sweaters, coats and dresses will be sold by Caroline Nagle at Yoka Showroom. Weisel’s assistant Laaleh Mizani said the target audience is “customers who will appreciate obtainable luxury for children that is beautiful and whimsical and also great for gifting.”

As for the decision to zero in on cashmere goods, she said, “What could be better than cashmere? Heidi is known for gorgeous cashmere that women enjoy and appreciate, so we know they will love it for their babies or the babies in their life. There is a need in the baby world for things that are not too classic or too cutesy, but simple, modern, and comfortable with a touch of whimsy in unusual colors.”

Aside from the children’s wear market becoming more trend-oriented, the category also benefits from the simple fact that youngsters outgrow their clothing. With two sons of her own, Kroll knows firsthand how true that is. “Every time I turn around, my son needs a new pair of shoes,” she said. “Maybe we get fat, or we lose a little weight but we pretty much the stay the same size. But kids are always growing. It’s a flourishing industry.”

Sierra Julian’s owner Sophie Jaworski said East and West Coast sales are particularly strong for her fashion-forward collection. After working for Bonpoint and Groupe Zannie, she started her own label two years ago and sells to 80 boutiques in the U.S. Geared for well-traveled shoppers between the ages of two and 16, Sierra Julian is inspired each season by different destinations. The new spring offerings drew from Portofino, Fiji, Saint-Tropez, Fifth Avenue and Baja, Jaworski said.

“The inspiration for the collection is the idea that you travel the world each season to different destinations,” she said. “Each season looks totally different. These are clothes for school, a friend’s party, the opera and other very dressy events.”

Most shoppers buy multiple pieces from the label. Items wholesale from $25 to $145, Jaworski said. Sierra is based in New York, but the collection is made in Peru.

“The main thing that is driving the children’s business is getting great product at a great price. The stuff has to be cool, but has to last, and since kids grow so fast, the product has to be affordable so the parents can make multiple repeat purchases,” he said.

Another show resource, Petit Bateau USA and Canada, aims to build on last year’s momentum. Executive vice president Lennox Thomas said, “We are coming off a very strong year in 2011 where the value of our classic offerings, along with new fashion introductions, were well received by the market.”

Fiveloaves Twofish, a clothing label started three seasons ago, is planning for spring to be its strongest season to date. The company has about 6,500 units already ordered, according to Heather Haas, a former historian who co-founded the San Diego-based label with her sister Kit Kuriakose — a Fashion Institute of Technology grad and fashion designer. Haas said retailers like that the clothing is locally made. Shoppers are welcome to check out the boutique and see the apparel being made in the company’s wide-open work loft on what used to be an old naval base. “The purity of our brand really validates us,” Haas said.

Twenty-five girls test the collection but not in a controlled environment. They take the clothes home to wear them outside, to play in, and later describe their likes and dislikes, which are taken into account for future collections by Kuriakose. Wholesale pricing typically ranges from $21 to $50, Haas said. Being trend-minded is also a consideration, as evidenced by the wide-leg pants and faux fur-trimmed coats.

Anna Brooksbank, head of sales at 7 A.M. Enfant, a New York-based accessories label, expects to pick up anywhere from five to 25 new accounts at Children’s Club. With a celebrity following that includes Jessica Alba and Naomi Watts, the line is carried at about 380 stores — many of which will receive e-mails in the next week or two reminding them to stop by 7 a.m. Enfant’s booth at the show.

Retailers placing orders at the show for the brand’s bunting, hats, mittens and other sundries will receive a 10 percent discount. Parents, however, generally don’t need prodding to buy their children new pieces, Brooksbank said.

“Shopping for children is a fundamental thing,” she said. “Parents don’t want to deny their children things, but they are happy to hold back on buying something for themselves. Across the board, people feel like that. That’s why business is good.”