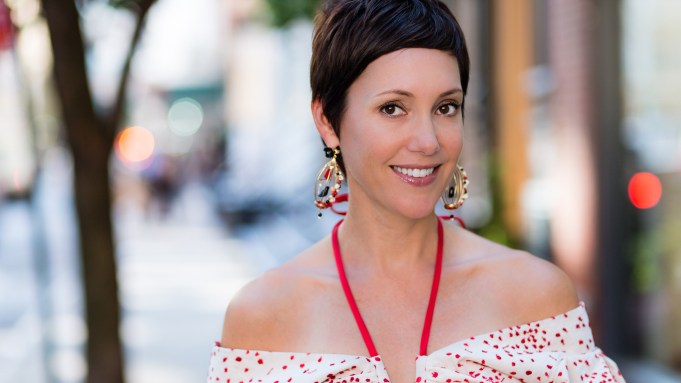 The retail malaise that has had stores moaning — and worse, closing — recently hasn’t got Kirna Zabête’s Beth Buccini down. Quite the opposite, actually.

“We finished up 15 percent for the year,” said Buccini, the owner and cofounder of Kirna Zabête, who had more upbeat news to share. The pop-up store she opened this summer in East Hampton performed so well — 24 percent above plan — that she signed a year-round lease in the space. The Bryn Mawr, Pa., store she revealed in July is on track to open in mid-November, and in October 2017 Kirna Zabête’s fourth location will open in Palm Beach, Fla.

“It’s an incredible amount of work and a huge financial commitment,” admitted Buccini, who became Kirna Zabête’s sole owner in January after buying out her founding partner, Sarah Easley, 17 years after they opened the store’s first location in Manhattan’s SoHo. “I think the independent voice has been missing in retail and I’m happy to take what we built in SoHo and open in these other key markets.”

Buccini opened the East Hampton store at 66 Newtown Lane over Memorial Day weekend with plans to stay open until Sept. 15. It was an experiment. She pulled inventory and staff from her Manhattan store and rented them a house for the summer.

“I had so many people beg me over the summer to stay open,” said Buccini. “They would say, ‘We’re out here for Thanksgiving and we do all our Christmas shopping that weekend. There’s nowhere else to go. Please stay.’ We decided to give it a try. Obviously the season is over and things have quieted down, but we’re still having great days.”

She’s hiring a local staff and predicts that January through March will be the slowest months.

As for Palm Beach, Buccini has signed a lease for a 3,000-square-foot space in the Royal Poinciana Plaza, a space designed by John Volk in the late Fifties that’s being redeveloped by Samantha Perry. Sant Ambroeus is opening there in December and Hermès will open along with Kirna Zabête next fall. The plaza is also home to what Buccini describes as Palm Beach’s hottest restaurant, the Palm Beach Grill. She began talking to Perry about potentially opening a store at the Royal Poinciana two years ago and the stars aligned once brands like Sant Ambroeus and Hermès signed on.

“I’m superexcited to be part of this whole new generation,” said Buccini, whose parents and in-laws live in Palm Beach. “So much has changed in Florida. It’s a perfect location — the architecture is beautiful and the courtyards are beautiful.”

In addition to hiring employees for the regional stores, Buccini has beefed up her e-commerce staff, bringing on Molly Raney as director of e-commerce and Jessica Minkoff as editorial director. Raney was most recently vice president of fashion at Full Picture and founded the now-defunct e-commerce site Les Nouvelles in 2009. She will oversee all digital, social and e-commerce strategy. Minkoff is the store’s first online editorial director, joining from market and fashion editor roles at Teen Vogue, Marie Claire and Harper’s Bazaar. She’ll direct the site’s trends, features and social media and be responsible for translating the buy onto the online world.

“There’s been incredible e-commerce growth on our site this year,” said Buccini. “You have to have it as a backup to serve people. Once they find you and visit the store, if they can’t come back for a while, they’ll buy from you online.”

Asked what is driving Kirna Zabête’s growth at a time when so many retailers are struggling, Buccini said, “I think what women are wanting and missing is a personalized and interesting experience. The customer in general is bored and overexposed. I’ve been trying to create exciting, beautiful spaces that give her something interesting to discover, gives her great customer service and a reason to go out and look around. We felt that hugely in the Hamptons this summer. The foot traffic was incredible in our store. People were excited and willing to spend money.”