"There are so many large down brands that have been very successful. Now that they are mainstream, the customer is looking for what's next."

Holden Outerwear has had a few different homes and iterations since it was founded by pro snowboarder Mikey LeBlanc 18 years ago.

But fall 2020 marks a new chapter for the business, now headquartered on Abbot Kinney in Venice, Calif., which has transitioned from purely men’s alpine performance wear to include fashion and a women’s wear proposition.

With a Japanese sensibility, new offerings include mid-weight pieces in stylish proportions and hybrid indoor-outdoor fabrications that can function as street or workout wear, including down puffer jogger pants or shorts; cropped sherpa hoodies; seamless Fair Isle sweaters; hi-loft quilted down kimonos, and oversize, oil-finish metallic parkas with fishtail hems.

Holden will be selling during women’s fashion weeks in New York and Paris for the first time this season.

“We want to be a more stylish Canada Goose and a less status Moncler,” said co-founder and designer Scott Zergebel, emphasizing that in addition to using luxe European textiles, the brand has been eco-conscious from Day One, using recycled cork insulation and trackable down, for example.

“We see the emulation of the technical in traditional fashion,” Le Blanc said of Holden’s potential. “And there are so many large down brands that have been very successful. Now that they are mainstream, the customer is looking for what’s next.”

The pivot away from pure performance is already paying off for the brand, which is experiencing 134 percent year-over-year growth through its DTC business, and 150 percent year-over-year in wholesale. Women’s now comprises 65 percent of direct sales. “So many of the bigger retailers like Net-a-porter and Farfetch…their largest subcategory is their seasonal ski shop, so for us, there is a big opportunity on the sales side beyond traditional ski retailers,” said Holden president Adam Shiffman.

The brand has pared back the number of outdoor retailers it works with to focus on specialty stores and fashion e-tailers. Coming off ISPO in Munich last month, Holden picked up several new accounts, including trend-setting Performance Ski in Aspen, Browns in London and Matchesfashion.com.

“The jackets are going to be a home run,” Lee Keating, owner of Performance Ski, said of the women’s offerings. “They have a fun and flirty look.”

“It’s a really exciting and innovative brand that has a strong point of view for women’s,” added Chelsea Power, senior buyer at Matchesfashion, noting Holden’s neutral palette as an alternative for the woman who doesn’t want to wear pink on the slopes — or in the lodge.

“A lot of our growth has been driven by the fact that we’re augmenting what we do, and building our range around mid-layer, down hybrid pieces people can wear in a city, as après, as loungewear, or as a technical layer,” Shiffman said. “They’re versatile pieces.” 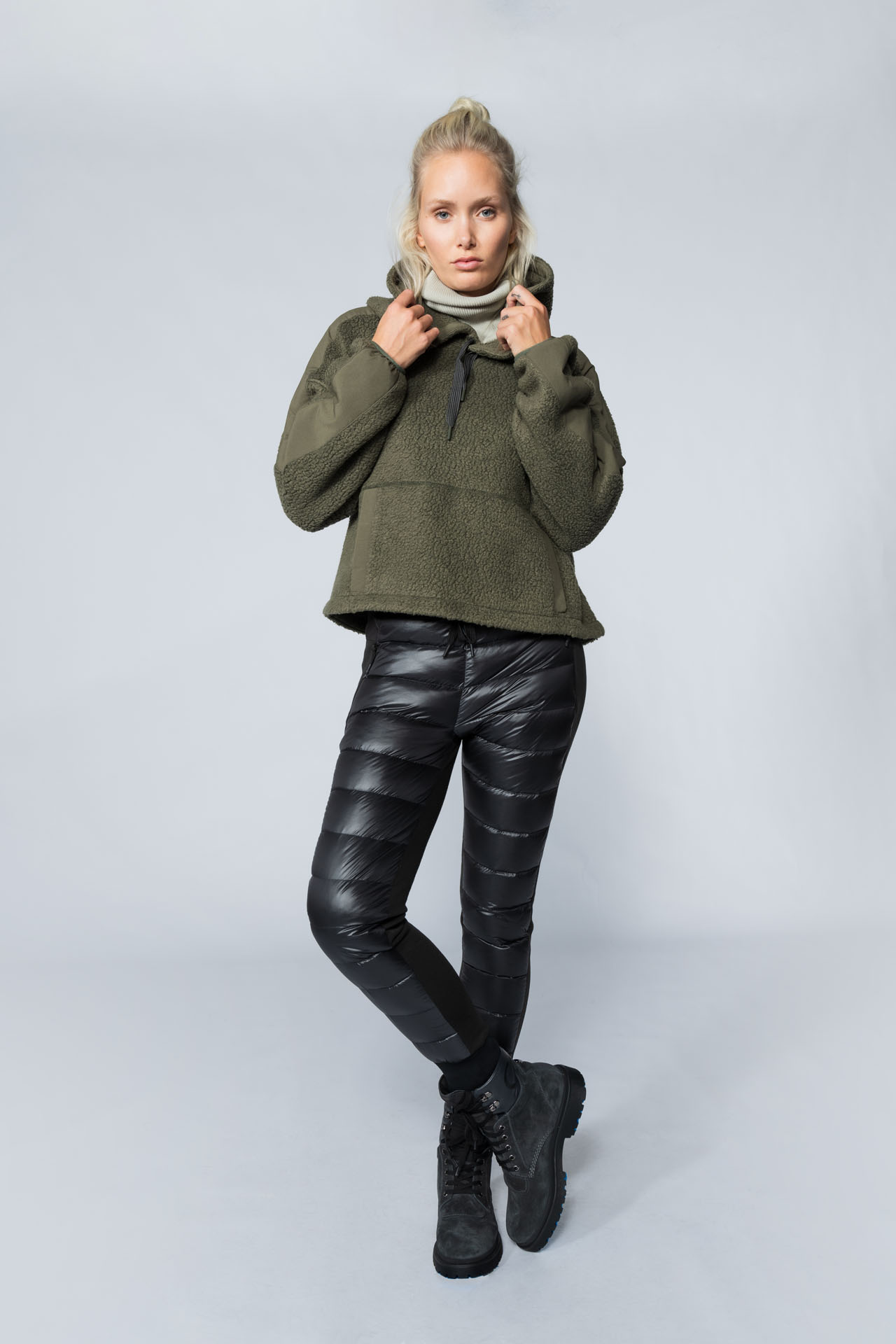 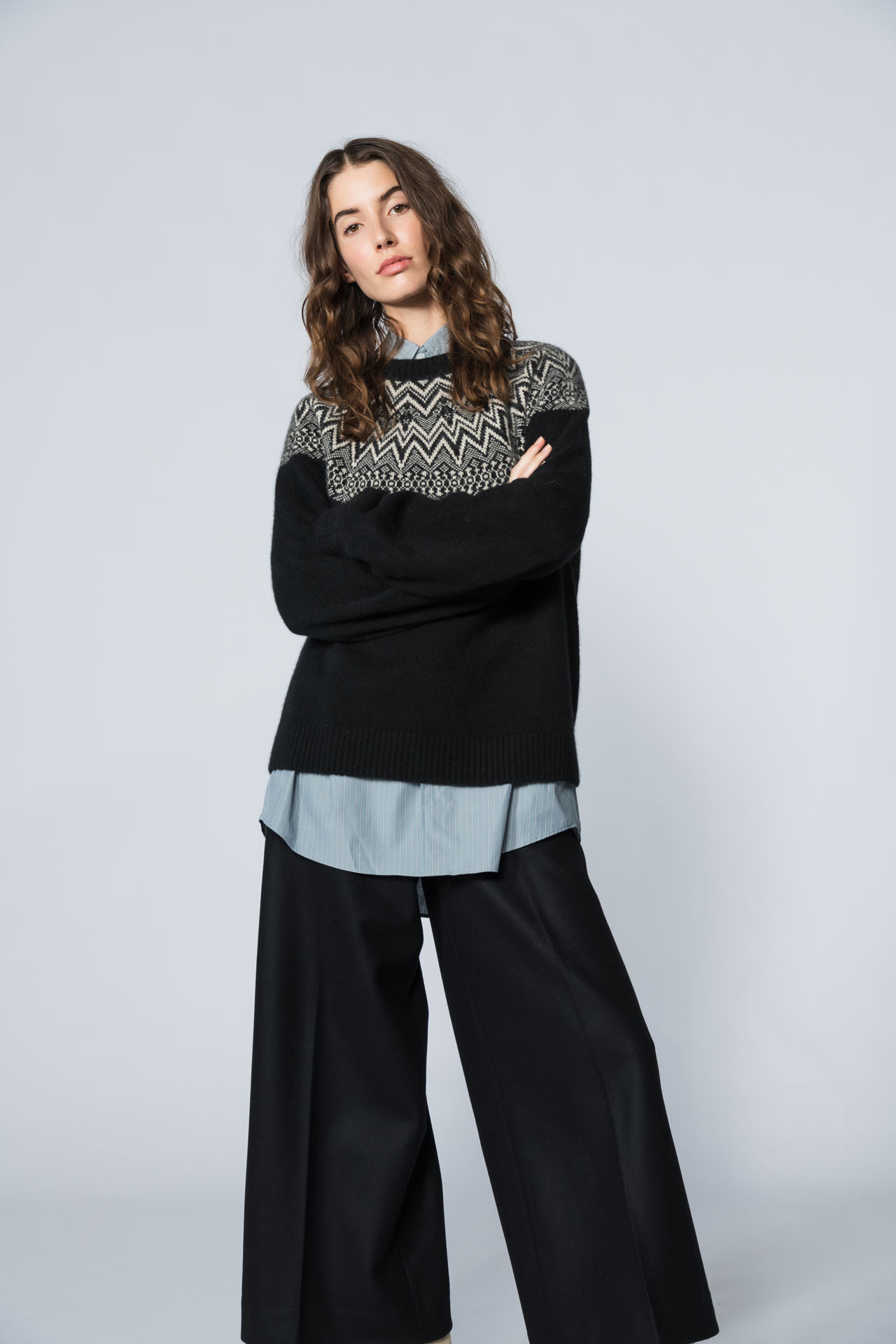 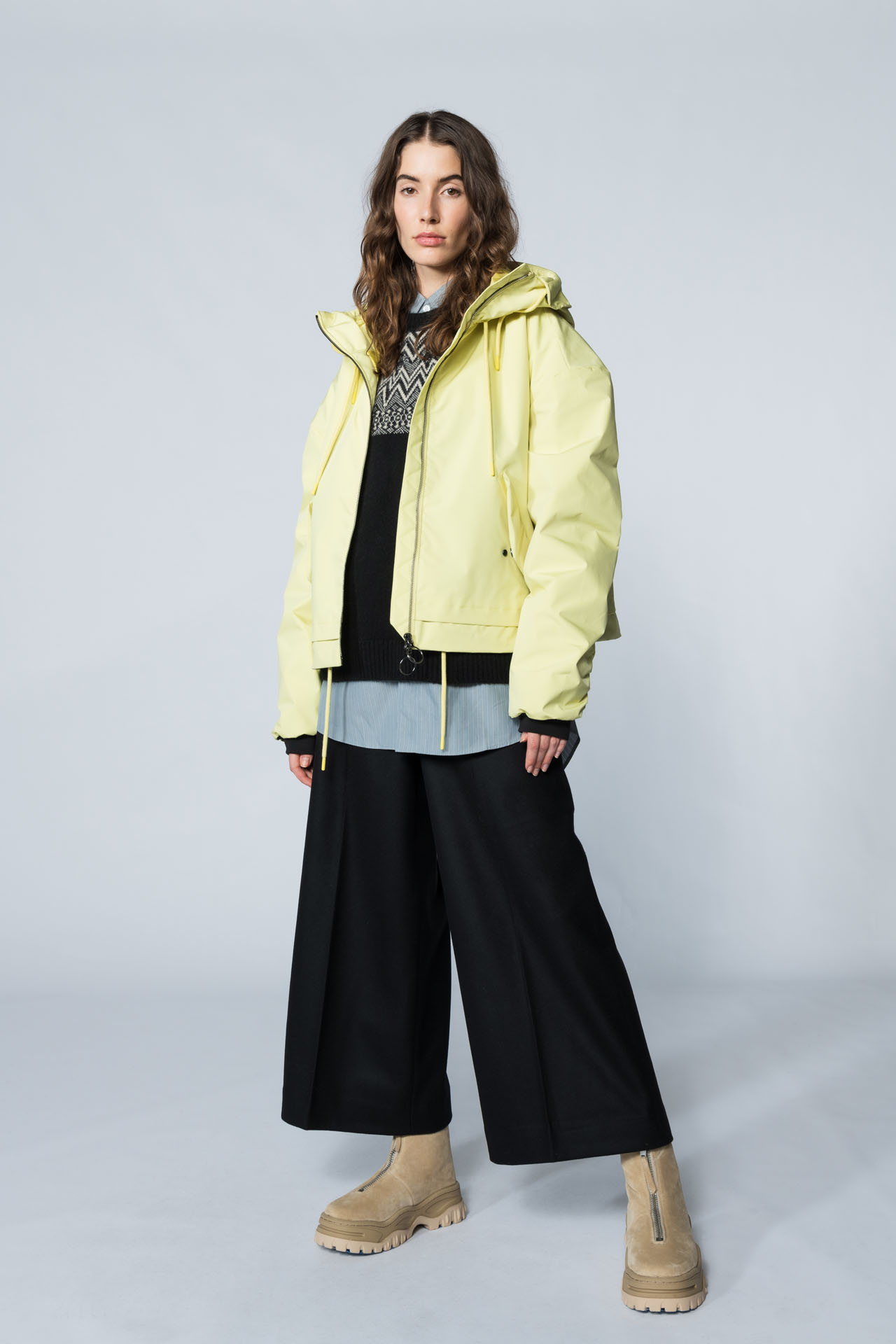 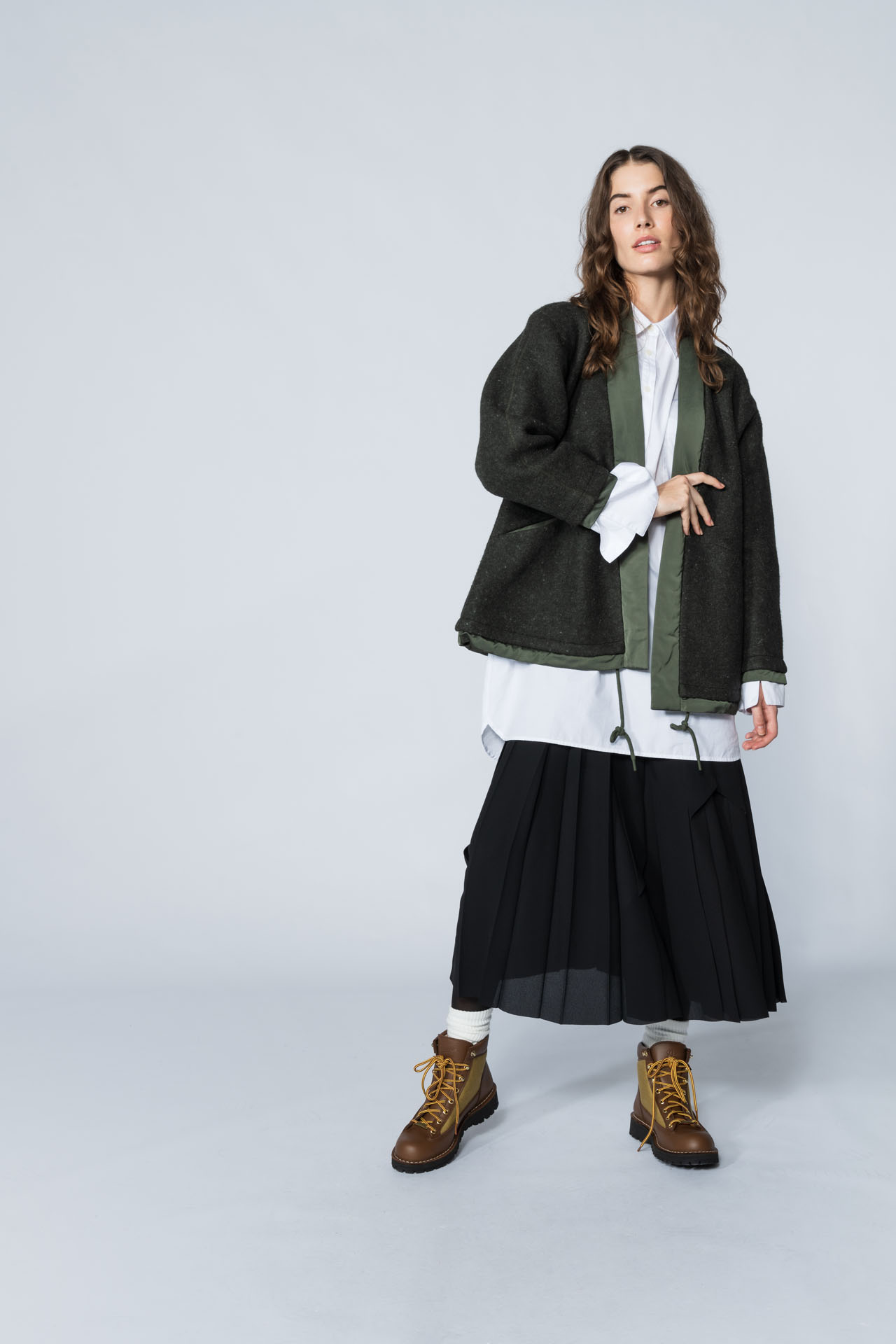