A revised schedule involving fashion week and the contemporary and general markets in Los Angeles is causing confusion and concern. 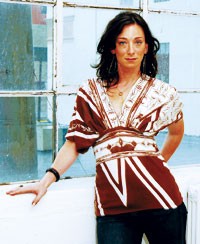 LOS ANGELES — A revised schedule in which fashion week and the contemporary apparel market here will overlap next month but fail to coincide with the general market for the first time is causing some confusion and concern about business and attendance at the events.

The newly branded Los Angeles Contemporary Market, featuring Designers & Agents and ENK International’s Brighte show, is set for for March 17-22 and has the support of the New Mart, Cooper Design Space and Gerry Building. The shows will take place during Mercedes-Benz Fashion Week, which is March 16-20, at Smashbox Studios.

The dates are a departure because they are weeks earlier than the general market — for misses and juniors — slated for April 8-12 and backed by the California Market Center.

Many industry executives had championed the changes, saying that shows held closer to Fashion Coterie in New York would help streamline the buying process and close production orders earlier, as well as assist European lines that usually adhere to an earlier production schedule.

But retailers, showrooms and even vendors said the split made them unsure of how to conduct business and what to expect in terms of attendance.

“I think it’s terrible, and we’ll end up having two mediocre markets instead of one great one,” said designer Sue Wong, who will participate in the fashion shows at Smashbox Studios. “In the past, lots of major store buyers would attend my fashion shows while visiting the market. Now, I’m not sure when they’re attending. I’ll probably have to send DVDs of the fashion show to buyers.”

There is also the image of the fashion industry to consider, as Los Angeles strives to present itself as a unified front and must-see design opportunity for national and international buyers.

Barneys New York and Saks Fifth Avenue are among the retailers that have said their plans are uncertain for the Los Angeles events. Most fashion cognoscenti will be in Europe wrapping up ready-to-wear shows before Los Angeles stages its presentations.

“Our buyers will be finishing orders from Europe at that time,” said Dawn Brown, a Barneys New York spokeswoman. “Our travels plans still haven’t been finalized for either dates.”

Michael Fink, senior fashion director at Saks Fifth Avenue, said: “I’m a little torn about it. We will have been going nonstop for more than six weeks, so it would have been nice to regroup and switch into that California market sense of style. I’ll probably go in March, and my sense for now is that the buying team will go in April.”

Michael Greenbaum, president of Miami-based CMJ Enterprises, parent to the nine-store chain, A Nose for Clothes, said, “We’ll be coming out in March since April conflicts with Atlanta, but we won’t be attending fashion shows since we want to see the product in the showroom, not on the runway.”

“The cost of doing business is going to double,” said Renee Cohen, owner of a contemporary showroom at the California Market Center.

The difficulties are heightened because the markets include weekends.

“We will participate in both to a degree, but in April we’ll avoid weekends, going by appointment if necessary,” said Michael Cohen, who owns two showrooms at the New Mart, representing Project E, Tags+ and Sanctuary.

But smaller local specialty stores, such as Jill Roberts in Beverly Hills and Santa Monica and Villains and Villains Vault in San Francisco, said they would visit the Los Angeles shows in both March and April.

Other designer representatives gave a positive spin to the new format, anticipating higher sales from added exposure to retailers.

“If you normally do 100 percent of business in one market, my gut feeling is that we’ll do 60 percent of the business in March and 60 percent April,” said Lynn Girard, who owns a showroom at the market center, representing contemporary and misses’ lines such as Fabrizio Gianni.

Show organizers and building managers said a fragmented market wasn’t the intention of the changes. Those who spearheaded the earlier contemporary market, including Designers & Agents organizers Ed Mandelbaum and Barbara Kramer and contemporary showrooms such as the Bank, co-owned by Betsee Isenberg in the New Mart, had hoped the general market would move up its dates as well.

“Some of the tenants are confused, and I’ve been speaking with them,’’ Isenberg said. “We understand the California Market Center tenants may show twice, and that’s their call. But we do believe in this earlier market for the contemporary category and believe buyers from all department stores will be coming.”

Though the market center will be a cheerleader for the March event, it can’t demonstrate real promotional muscle because it had already allocated its marketing budget to the April date by the time the switch was made late last year. That means its retailer breakfasts and hotel shuttle services will be offered only in April. And, its fashion show at the Orpheum Theatre, usually attended by 1,000 people, will not be presented.

In addition, the market center is being sold to Jamison Properties in Los Angeles, with the closing expected by the end of this month or mid-March, creating a marketing gap between current and new management.

“Our responsibility is to make this a good market, and we see lots of positive possibilities in terms of traffic patterns,” said Jennifer Uner, the market center’s executive director of advertising and communications. “At the same time, it’s not like it will be quiet here [in March]. We’ll have Brighte here, our contemporary showrooms will be participating and the gift and home market will also be going on [March 19-21].”

Whatever the outcome, most industry representatives concur that they are not anxious for another fragmented sequel for the spring market later this year. The second Los Angeles Contemporary Market is scheduled for Oct. 20-25 and the general market is Nov. 4-8, but those dates may change.

“We believe in the earlier dates, but we’re also hoping that we can come together,” Mandelbaum said.